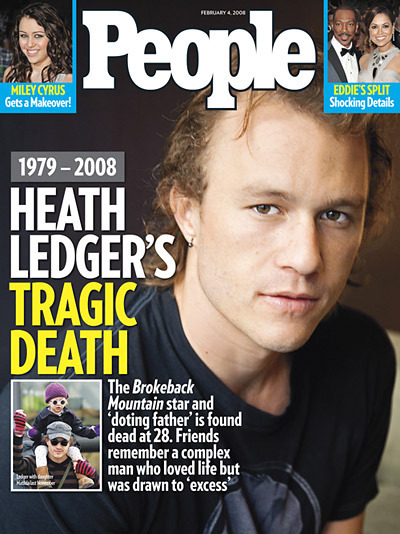 As surmised in my earlier post, People magazine will be the only celebrity weekly to have a cover featuring actor Heath Ledger, whose death was discovered late yesterday afternoon — too late to feature on other celebrity weekly covers, whose editions closed on Monday night and which will now be on newsstands all week without mention of the sad news. Nat Ives at AdAge has more details, as well as the cover image which we've reproduced here.