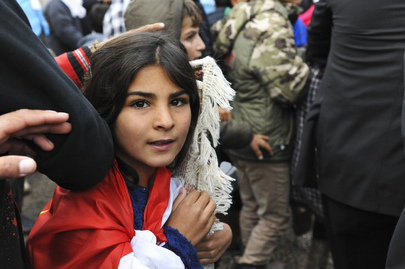 The fight against ISIS necessitates both a battlefield plan and one that eliminates its appeal. The failure to decisively support a more democratic opposition or to refer Syria, particularly the despotic Assad Regime, to the International Criminal Court has nurtured ISIS and its cynical dogma. Beating ISIS on the battleground could prove inconclusive, even counterproductive, if its dogma is not de-legitimized. This cannot be done by the gun but the law and a political system that offers an alternative to the rule of might. It needs Muslim leaders to repudiate but also offer a vision that does not slander as the extremists and criminals usurping the term "Islamic State." ISIS opportunistically filled the vacuum created over the last 3 plus years, and now that void must be addressed as part of any desired lasting solution.

The Paris gathering of the "Coalition" against ISIS is perhaps more like a "tupperware party" bringing together much of the neighborhood and some curious attendees seeking perhaps to sell their own agenda. There is no real commitment to buy what Washington is selling, although many are anxious to put ISIS into a container. Beijing could exploit a new "war on terror" to rationalize a further crackdown on Tibetan dissidents as well as the increasingly disaffected Muslim minority Uighur community. Moscow wants to legitimize the Assad Regime's hold in Syria and brand its opponents en mass as terrorists. Moscow's previous record in Chechnya of labeling all opponents as terrorists has only given rise to greater extremism on one side and more brutal and less democratic war lords loyal to Vladimir Putin on the other. Further, Moscow's and Beijing's blocking action within the UN Security Council is in large part responsible for derailing peace efforts, emboldening the Assad Regime and extremists, and undermining the rule of law for accountability for past crimes and establishing the rule of law as foundation for Syria's and more broadly the region's foundation for the future.

There was no ISIS during the early period of the rise against the Assad Regime and what we so hopefully labelled as the "Arab Spring." Confronting the brutality of the Regime's response to legitimate grievances and aspirations is recognized as a missed opportunity for Syria but also blunting the proliferation of extremism in a period of rapid change within the Arab World. Both the rule of law and more democratic and free society options were swallowed up by the purposeful chaos churned by the Assad Regime and ISIS. As in Iraq, sectarian differences real and exaggerated were employed as camouflage for repression and rationale to exclude the rule of law from the resolution. It has been a long thesis frequently adopted by some mediators and statesmen that in order to secure peace, justice may have to be sacrificed. The experience of Syria, Iraq and the rise of ISIS evidences to the contrary: without justice there is a risk of escalation of greater and prolonged conflict. Even a little justice may be better than the total absence of the rule of law, as Bosnia & Herzegovina (BiH) now lives through such a "compromise." Ukraine may be faced with similar compromises.

The UN General Assembly pressed for referring the Syria conflict to the International Criminal Court (ICC). The former UN High Commissioner for Human Rights Navi Pillay and the newly elected Prince Zeid (from Jordan) have repeatedly called for an end to impunity and accountability for the grave violations of international humanitarian law. Prince Zeid referred to ISIS as the "House of Blood" before the UN Human Rights Council. Cited by the "The Muslim Times"

"The Takfiris (extremists) who recently murdered (US Journalist) James Foley and hundreds of other defenseless victims in Iraq and Syria, do they believe they are acting courageously, barbarically slaughtering captives...It would be a harsh, mean spirited house of blood, where no shade would be offered, no shelter given to any non-Takfiri in their midst....there is no love of neighbor, only annihalation to those Muslims, Christians, Jews and others - altogether the rest of humanity - who believe differently to them."

Also see our Commentary: "Can Muslim UN Human Rights Chief Save Humanity from Itself?"

The ICC has been labelled by some as a "Western Court" and so far all those indicted have been African. Washington's selective and thus perceived dubious support has not helped the credibility. This has also given doubt to the sincerity and commitment of the US call for the rule of law as foundation for our evolving international relations. It is clear why the current leaderships in Beijing or Moscow may be leery of empowering a Court that may demand accountability from authoritarian regimes in the future. The states that are not ICC members is growing ever smaller and presents a strange set of bedfellows including Iran, Israel, India, Pakistan as well as the US, China, and Russia. Sending ISIS and other terror suspects to Guantanamo would only further muddy the US commitment to the rule of law.

If not for the crimes committed in Syria and Iraq by ISIS, the Regime(s) and various militias, then under what circumstances would the UN Security Council refer to the ICC? Read: "Who will Get Sold Out at Syria Peace Talks?" Failures to yet refer the Palestine/Israel conflict to the ICC have already tainted it with politics, and the US has suffered most for its presumed interference. However, the US may also need the ICC to act in Ukraine, for example, or other arenas where Putin may seek to expand his neo-Czarist domain to Soviet dimensions. Let the US force the vote at the UNSC, and not allow Beijing and/or Moscow to avoid the political accountability with just the threat of veto. If a veto blocks trial before the ICC, then it can monitor any trial consistent with the Rome Statute standards before any national court that may have jurisdiction, and thus not be blocked by veto from involvement. (The ICC is a "complementary" tribunal regardless, and would only assume primary jurisdiction if national courts were unwilling and/or unable to deliver fair and impartial proceedings.) The ICC's role is critical in blunting any accusation that justice is delivered by victors or self-serving national powers and as a model to counter the type of "justice" delivered by ISIS and/or corrupt regimes.

Arabs or Muslims not Capable of Democratic Rule?

The citizens of Arab or Muslim majority countries have been long stereotyped as not being capable of democratic rule. Authoritarianism has thus been rationalized, but this also feeds the very problem we now seek to defeat, ISIS and political extremism at times borne out of the desire for change and revolution. Most Syrians of all religious persuasions rose for democratic change, and envisioned a future where diversity would be appreciated for the asset that it has been. Indonesia, a religiously diverse and the largest Muslim majority state during this same time has been transitioning and now is cited as the globe's third largest democracy. The Coalition must facilitate these aspirations keeping in mind that extremism best exploits brutality while pluralism thrives as peace and prosperity take firm root. Religious and/or ethnic extremism is a threat to all democracies - note the significant votes garnered by self-defined nationalist Christian parties in elections throughout Europe. While a minority as ISIS in Syria or Iraq, these EU-based haters would probably be no less dogmatic or brutal if given the opportunity by chaos. Stereotypes could be a delusion that it could not happen in France, Netherlands, Sweden or .... 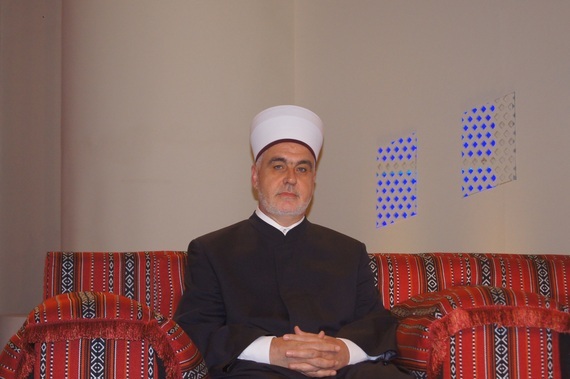 Winning minds and hearts, as US Secretary of State noted "probably far more important than the military." That is easier said then done where the "warrior" culture is glorified while the peacemaker toils largely in silence for years to rebuild trust and understanding that may have been razed in days. David Haines only became a hero to most people after he was beheaded by ISIS. However, in BiH and the region he had long been assisting refugees return home, including Bosniaks (Bosnian Muslims) who had been ethnically cleansed. The Islamic leadership of BiH, the Reisu-l-ulema Husein Kavazovic issued an appeal for his safety and release:

Having been targeted for genocide by ultranationalist Serbs claiming to be acting on behalf of Christianity, among most Muslim peoples around the globe, Bosnians have standing both as victims and those who overcame overwhelming odds to survive. Those who planned and sought to execute genocide targeted BiH's multi-ethnic society as well, also killing fellow Serbs, Croats, and other non-Muslims who dared stand or speak against their new pogrom. As part of a multi-religious and pluralistic society, diversity is part of BiH's historical wealth and remains an asset for the future, despite continued efforts to fear monger by some. Most BiH leaders, including the Islamic leadership, also feel a responsibility to speak plainly and advance action to confront killing and genocide that may be directed at others as part of the responsibility taught by our experience. After David Haines' murder, the Reis Ulema of BiH issued a statement sharing a "deep sadness" with his family, resolutely condemning this "horrific sin" and calling upon "Muslims to be decisive now in stopping these killers (ISIS)."

Bosnia's experience with the ad hoc International Criminal Tribunal for the former Yugoslavia (ICTY) is mixed and particularly with the politically revisionist reversals of Judge Theodor Meron. If his rulings serve as precedent, then ISIS killings of minorities as Yazidis and other Iraqi religious groups will face a further hurdle. Nonetheless, the rule of law even when not always delivering justice is a sounder foundation than perpetual conflict for rebuilding society and reconciliation. This is a lesson for Syria and Iraq. Democracy also has not delivered the most constructive results and too often voters are persuaded by nationalism, fear and exclusion of "the other." Nonetheless, democracy is the best hope that all the peoples of BiH will chose for a better future. This is also a lesson for the future of Syria and Iraq. If Muslims around the globe want to take their religion back, or at least the name stolen by "Islamic State," they must not just join the "Coalition" to confront ISIS but also lead.

"A Change is Gonna Come" 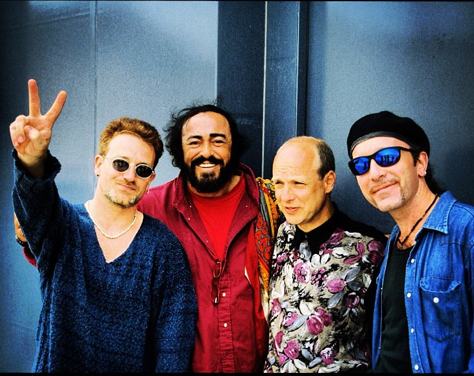 The Coalition will only be successful if it is a force for change: In the early 1960's America was diverse but also in many places segregated and ghettoized. Sam Cooke, a well known musical artist and his band were thrown into jail by white police when they were deemed to be disturbing the peace for trying to enter a segregated hotel. He wrote this song on the occasion and here performed by the Neville Brothers (of New Orleans) and Brian Eno on their "Yellow Moon" album. Brian is frequent producer of U2 and a great friend of BiH like David Haines, who helped with the "War Child" foundation open a music school in Mostar as an instrument for diversity and harmony even while the war still raged. In the late 1990's, at my urging, Luciano Pavarotti came to the school to honor its efforts as it was renamed the "Pavarotti Music Center" (funded by Pavarotti & Friends Concerts which also included Brian Eno, U2 members and so many others.)