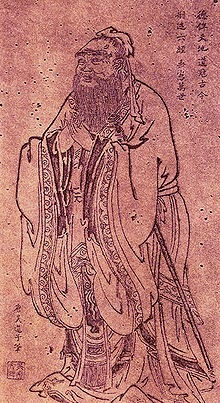 Does wisdom come with age? It's often said that the Chinese, for example, respect the elderly and revere age in a way that is foreign to Americans who treat age as a burden. The Buddhist cultures of countries like Thailand and Cambodia also venerate the dead in a way that is anathema to Western Culture for which "carpe diem" is the most popular shibboleth. Westerners live it up like there's no tomorrow while if you go to a Buddhist temple in say Vietnam you will find cardboard boxes which once housed appliances being offered up on pyres, so that the dead will be taken care of in the afterlife. But all that being said, it's hard to feel there's much to venerate in age. The brain declines and the calmness one may read into an aging face is not so much the result of an overarching wisdom, as a loss of brain cells. Any serenity you might detect is the result of resignation, or worse dementia. As Jaques says in As You Like It,

If you turn to CNN, during those hours that attract an older demographic of retirees, you will find advertisements for daily Cialis which is prescribed for both ED and BPH (benign prostatic hyperplasia). The drug treats accidents and makes it possible to have an erection in a case one accidentally feel desire. It's a hardly a celebration of anything. The same is true of using drugs that deal with aging appearance. If you take Botox and have the wrinkles and removed, the theory is you will feel and then act younger. However, the outside/in approach often has questionable results. How many women do you know who have had their faces done, their breasts lifted, their cellulite removed, vaginoplasties and rhinoplasties have seen a concomitant reformation of sensibility? Confucius or confusion? Medical science can achieve ever greater feats of longevity. But is the lust for life really such an admirable thing or is it just another form of gluttony? Certain people overstay their welcomes and other suffer with chronic diseases that are living deaths. Is the idea of prolonging a life to the point where a half sensate creature is a burden who uses up their own resources on medical care and taxes those of their children really such a great thing? One thing is certain, youth is too often wasted on the young.

{This was originally post to The Screaming Pope, Francis Levy's blog of rants and reactions to contemporary politics, art and culture}