"Women Against Feminism" have officially joined the ranks of internet infamy: it's been parodied by cats.

There have been numerous responses to the "Women Against Feminism" Tumblr, which features pictures of women holding signs that describe why they don't need feminism -- but this one definitely takes the cake.

The confused cat signs poke fun at the women featured on "Women Against Feminism" and their fundamental misunderstanding of the feminist movement. The bizarre concept of cats caring about feminism echoes the similarly bizarre and misguided signs such as "I don't need feminism because I need a man to respect me," and "I don't need feminism because my sex life is not a political agenda," featured on "Women Against Feminism." 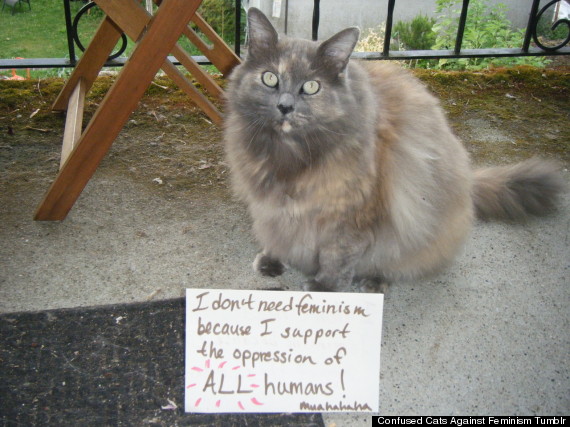 We're not totally prepared to forgive cats for turning up their tails at feminism, but we have to admit, their reasoning seems a bit more sound than their human counterparts'. After all, cats really can't eat gender equality.

"Hey, cats need a place where they can post pictures of themselves holding signs denouncing feminism for assorted weird reasons that don’t seem to have anything to do with what feminism is actually about," wrote David Futrelle, the man behind the Tumblr page. If it means more cute kitties on the Internet, we'll support the catriarchy to the end.

Take a look at some of our favorite felines below: 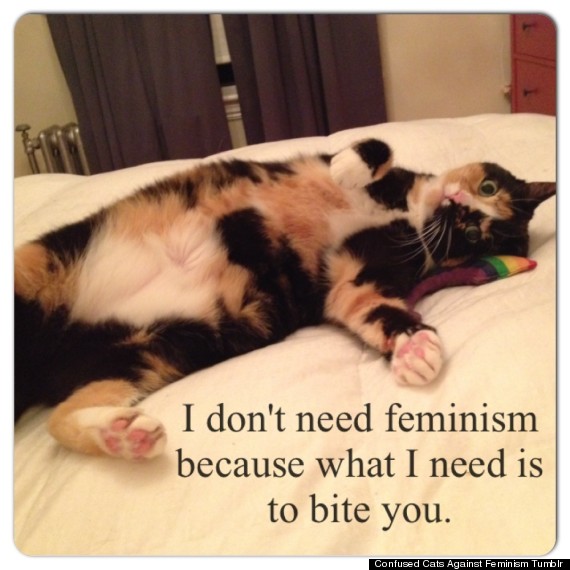 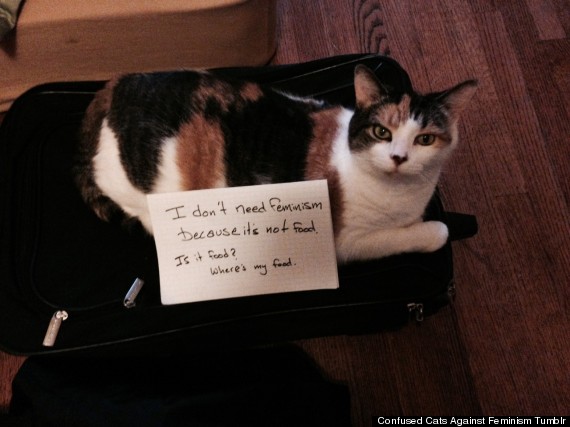 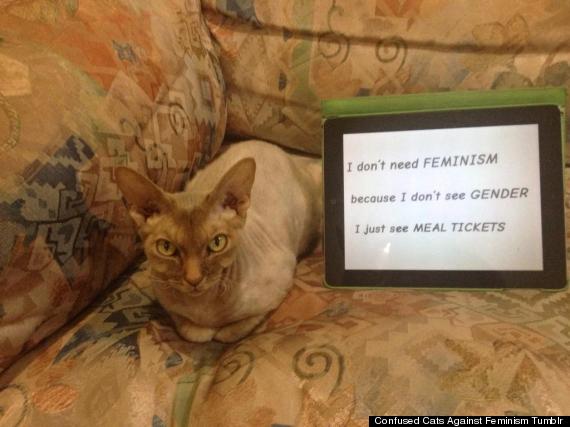 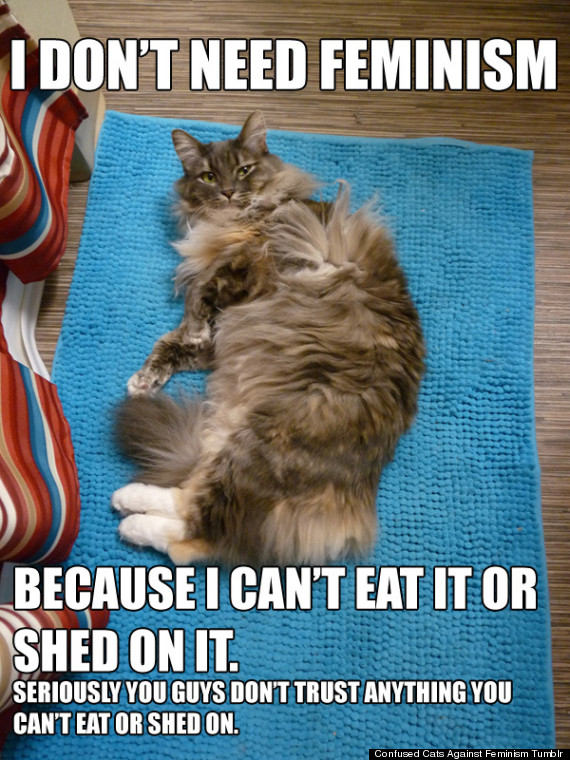 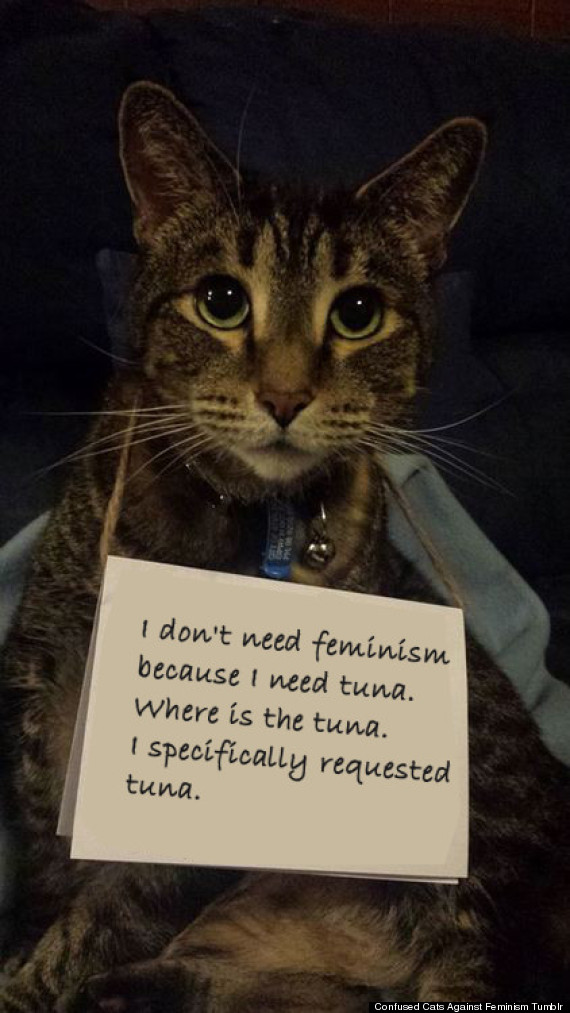 To learn more about why cats don't need feminism head over to Confused Cats Against Feminism Tumblr.