Co-written with Obadias Ndaba, who is a regular commentator on African affairs. Originally from DRC and then Rwanda, he has worked in Rwanda, Kenya and the USA. His articles have appeared in Allafrica, Africa Review and African Executive, among other publications.

Representative Thomas Marino (R-Penn.) was concluding his questioning at the House Subcommittee on Africa, Global Health, and Human Rights oversight hearing. The topic was the violence in eastern Congo. Once again, Congo was under a microscope, and one could argue, for all of the wrong reasons. Marino's final statement offered that he had been to "the continent of Africa" and visited Ghana and Liberia with his daughter, a pre-med student, whom he was quoting. The social and political structures of Ghana and Liberia cannot be compared with Congo any more than Canada can be compared with Mongolia, despite the Congressman's distress. 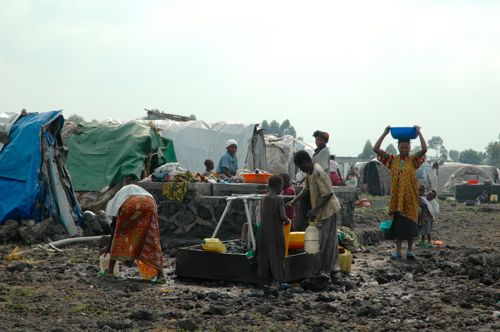 Congressional hearings are a staple of the Hill. This one lasted for almost three hours and offered four witnesses. The main witness, Assistant Secretary of State, Bureau of African Affairs, Johnnie Carson had just returned from an extensive visit to Congo and was repeatedly grilled on allegations of outside influence from Rwanda. The main body of his testimony, that the government of DRC has been unable to offer stability to its people, was ignored.

The impetus for this week's hearing was the capture of the provincial capital of Goma by the M23 rebel movement. After a few days of a relatively peaceful occupation, the rebels withdrew from the city in return for negotiations with the Congolese government. Anyone who has followed events in Congo over the last decade will recognize a familiar pattern of hang-wringing and cries for help to the international community from the Congo government. The finger-of-blame points everywhere. Rwanda, Uganda, and sometimes MONUSCO, the UN peacekeeping mission acting as de facto army, have been cast as devils -- fiends who are coveting the country's vast resources and destabilizing the region in the process.

Ambassador Carson's updated statement puts the responsibility where it belongs -- on the back of the Congo government. The following quote reflects Carson's original statement to the committee.

The November 20 fall of Goma to the M23 rebel group provided a stark reminder that, even as the international community has made major investments in humanitarian aid and peacekeeping, the underlying causes of the recurring conflicts in eastern DRC remain unresolved. The Congolese government has failed to provide effective security, governance, and services in the eastern provinces, and political and economic tensions persist between the DRC and its eastern neighbors, particularly Rwanda.

The recent House hearing is a perfect example of the good will of the American people rushing to comfort a crying and colicky baby.

There is a "proverb" in eastern Congo -- "Abura uko afatwa nkumwana wahiye mukwaha." The literal translation is, "He has no way to be held -- like a baby whose armpits have been burned."

Similar to a baby whose armpits are burned, Congo is behaving like a child who cannot be comforted. No matter how you hold the baby, the baby cries. No matter how much international help Congo receives, Congo cries for more.

A simple narrative has surfaced in media and is fanned by special interest groups formed by the Congolese diaspora. This narrative reduces the conflict to one of "good guys versus bad guys." Americans have been raised on the genre of the Western where "good" and "bad" were literally defined by white and black hats. In this case, the rebels are "bad" and the government troops are "good."

For anyone who has visited Congo, it is easy to recognize that the Congolese government troops (FARDC) are some of the worst in the world. They are not paid and have little or no food to eat. This contributes to the absolute and complete disintegration of discipline and morality. Soldiers are drunk and disorderly; harass you at borders and roadblocks -- slashing your luggage with knives if they feel like it or if you don't carry enough cash and cigarettes for bribes. Ambassador Carson touched on this in his testimony.

The DRC government has the primary responsibility for protecting its territory and all its citizens. We are urging President Kabila to undertake a credible effort to professionalize and reform the Congolese security forces. This will take time, but the Congolese government needs to take clear and bold measures to ensure that its soldiers are professionally trained, adequately paid and supported, and respectful of international human rights norms. We also find very disturbing, and recognize the need to address, the abuses committed by the Congolese military, including recent reports of rapes and looting in North Kivu. 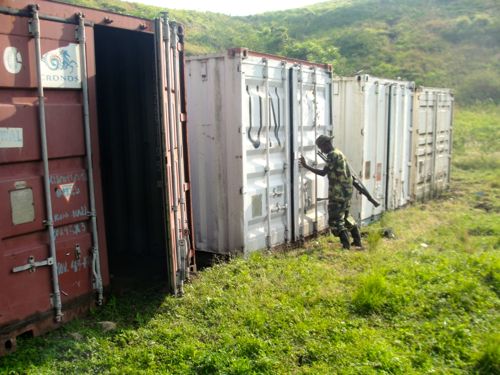 Media, including AlJazeera and TIME have slowly come around to this realization, with AlJazeera noting the discipline and order exhibited by M23 as the rebels marched into Goma without any resistance. FARDC fled before them, abandoning weapons, tanks and cargo containers jammed with ammunition. Some of the containers were labeled "UN." AlJazeera also noted the plight of the refugees. "They all tell us the same story; they are angry with the rebels, angry with the Congolese Government and angry with the UN," writes east African correspondent Nazanine Moshiri.

The International NGO OXFAM released a new report that indicts FARDC and civilian authorities for abuses.

Evidence gathered by Oxfam in 2012 shows that government soldiers, armed rebels, police, and civilian authorities are all vying for the right to exploit local communities and extort money or goods from them, pushing people further into poverty and undermining their efforts to earn a living... In areas largely controlled by the state, people reported exploitation, including extortion under threat of violence, by the very state officials who are supposed to protect and support them.

When M23 captured Goma and entered the city with no opposition from either FARDC or MONUSCO, the Congolese government cried foul. Like the crying burned baby in the proverb from eastern Congo, Congo blamed MONUSCO for not taking on the role of the national army, repelling the rebels and protecting civilians. By shielding the government in Kinshasa, the international community is contributing to a dysfunctional society and delaying the end of the conflict.

After defecting to the M23, FARDC soldier Major Musinguzi told the BBC, "One day we had to fight for four days in the bush with no food. My men fought even though they had nothing to eat. But the Congolese army cannot win a war this way."

If the M23 is silenced and the government remains weak and corrupt, it will only be a matter of time before another revolutionary rebel entity forms and the cycle of violence begins again. There will be no change in the humanitarian situation, just as there has been no change since the fall of Mobutu whose last words are prophetic. "After me, it will be my ghosts."

With an estimated 5 million deaths in recent wars, Congo is halfway to the record set by King Leopold when half the population, 10 million people, perished.

Still, with a population of 72 million people and resources in excess of 24 trillion dollars, Congo continues to blame its neighbors for the instability. Neighboring countries cannot possibly be looting all of Congo's vast resources.

Consider this. Despite its abundance of natural resources and a population ready and willing to work, the UN Human Development Index ranks Congo as the poorest country on earth. Average income is $300 per year. Of Congo's 153,497 km of roads, only 2,794 km are paved in a country the size of Western Europe. The railways are in limbo, rotting in a post apocalyptic state since the Belgians left.

The best thing the international community can do, especially the United States, is to stop meddling and propping up an incompetent government. If the international community is serious about fixing Congo once and for all, just leave it alone. Every peaceful and prosperous country owes its existence to a legitimate and responsible government that keeps peace within itself, values its people, and invests in them.

The interference of the international community is ignoring the sources of the conflict.

Leave the Congolese people alone, and they will fix the mess. The worst thing the international community can do is to take the well-meaning but misguided advice of Congressman Marino and "help them" by propping up Congo's dysfunctional and incompetent government. This will only delay ending the conflict and the cost will be more human lives.