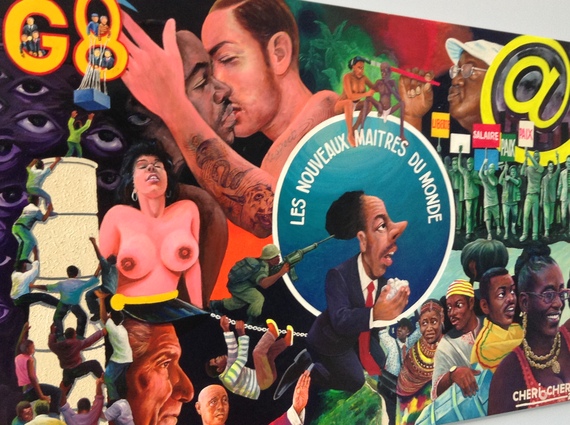 For a white boy just heading toward high school in the upper south, the names were weird and musical, the acts ghastly, the place--Congo--all but beyond imagining.

Cah-sue-vu-boo (Joseph Kasuvubu, (the president favored by the US and Belgium) 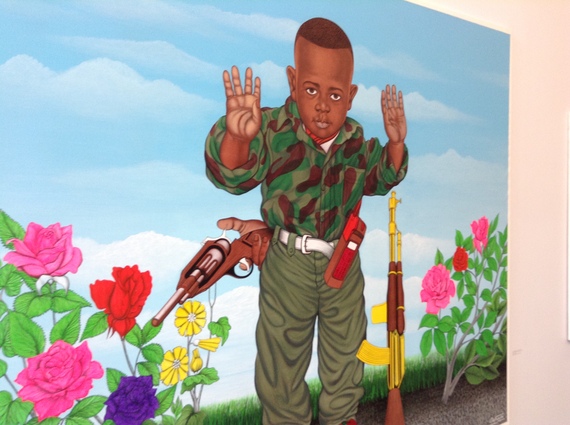 There is no bloodier 20th century history than that of the Congo, which for 500 years was a thriving African kingdom until the Belgians discovered gold, tin, uranium and vast rubber reserves and with broad European support turned it into a virtual slave colony where, as the devastating investigation by Roger Casement documented, at least a million Congolese people perished--only to be followed 60 years later by Mobutu, the American toy who became a murderous billionaire with villas scattered all over Europe as his population teetered on starvation.

Against all that gore, how then can we imagine that over the same time frame Congo, or Kongo, persisted as arguably the most brilliant artistic center on the continent, now and for the coming months on display at the Fondation Cartier in Paris? 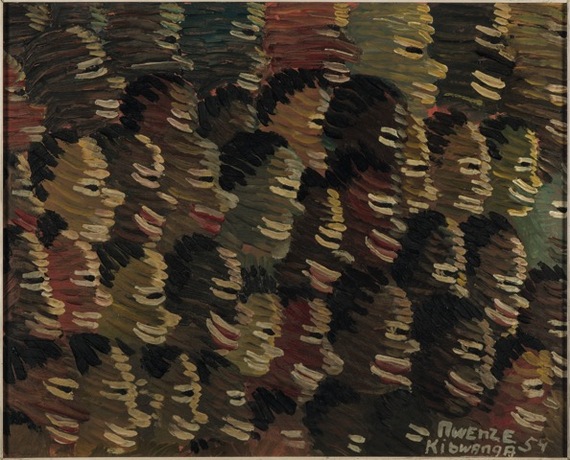 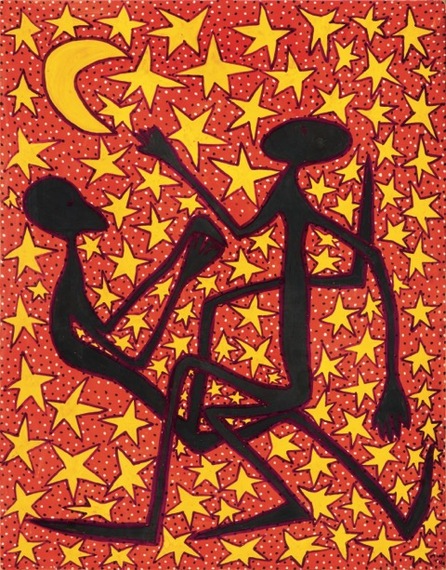 And further, how is it that only in the last decade have collectors and museum curators begun to discover these dazzling, often dark and to some demonic tableaux?

"There are very few avenues for this kind of political engagement (in the DRC) that don't open up individuals to state violence," Princeton scholar Chika Okeke-Agulu explained in a recent interview regarding the power and intensity of Congo art. "Art tends to provide a safe place to launch these critiques. You see it in other parts of the continent as well. It's almost as if these dictatorial regimes don't reckon with the power of art, which is why they leave artists alone, but not the journalists or writers who are more readily jailed or killed--even though artists are also engaged in forms of political critique." 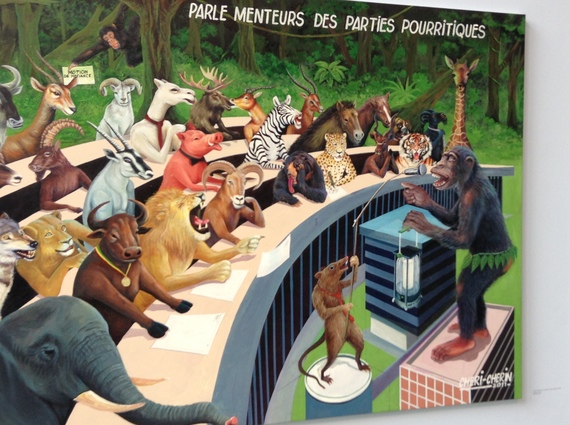 Painters, pamphleteers, acidly droll cartoonists, sculptors and fantasy model city builders: they have thrived through the last decades, even as many of them have survived as bartenders, or painting pop commercials on the sides of buildings. Denigrated by some in the academic art world, they, notably Cheri Samba, Monshengo Shula and JP Mika, draw on the color and visual heritage that is Congo and much of Sub-Saharan Africa.

Or as Professor Okeke-Agula reminded visitors at another recent Congo exhibit, Congo neither in the collective African mind nor in the western imagination is simply one country. "The Kongo as an idea insinuated itself into global consciousness for good and bad reasons. One cannot divorce the popularity of the Kongo/Congo in the global imagination from the terrible history of the Congo Free State (under the colonial rule of King Leopold II of Belgium), where the idea of international human rights was more or less born. Kongo was the place that writers, activists, and politicians were talking about--that made it an idea and not simply a place. Out of that experience, Kongo became synonymous with Africa and a symbol of the terrors of imperialism and colonialism. For that reason, in the same way that V. Y. Mudimbe speaks of "the idea of Africa" one could also speak of "the idea of Kongo/Congo." 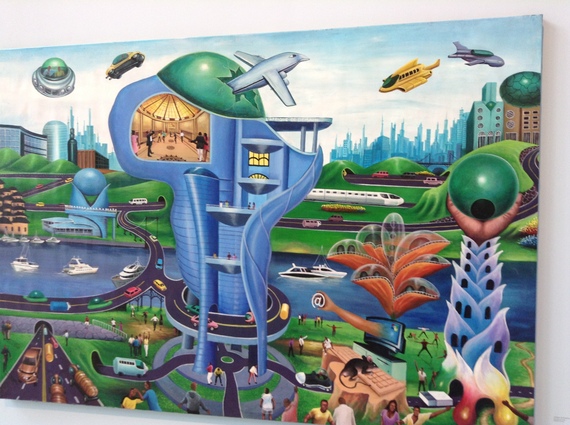 These are not the subtle mists of Monet. Whether plunging into the myth and reality of jungle birds and beasts (and their spiritual resonance) or snorting at the invasion of brain-stealing smart phones, they use their paint pots to dip deep into the every day surreal of Africa as it is. 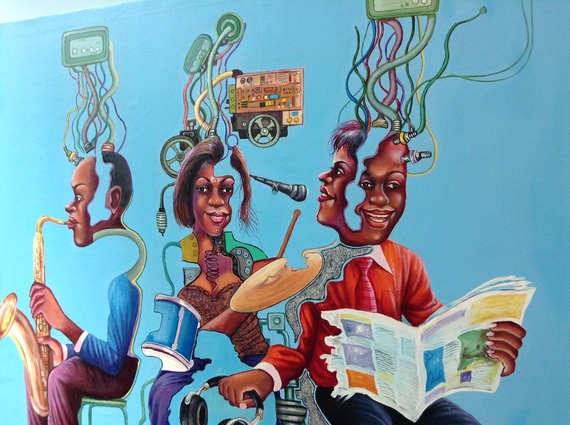 All the while they remind us in the peaceful, plump Occident where clever irony substitutes for passionate inquiry that art is not merely a convenient accessory but is evermore an essential exploration of the collective soul. 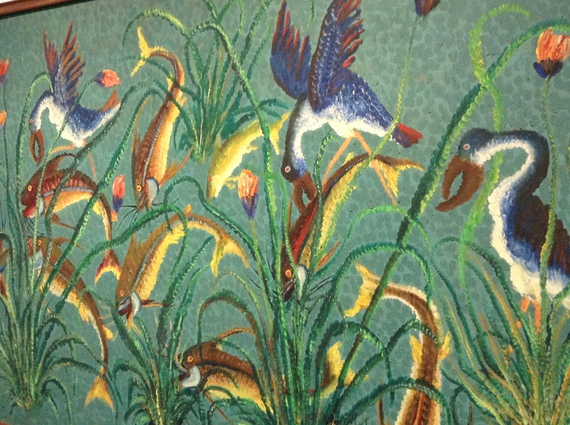 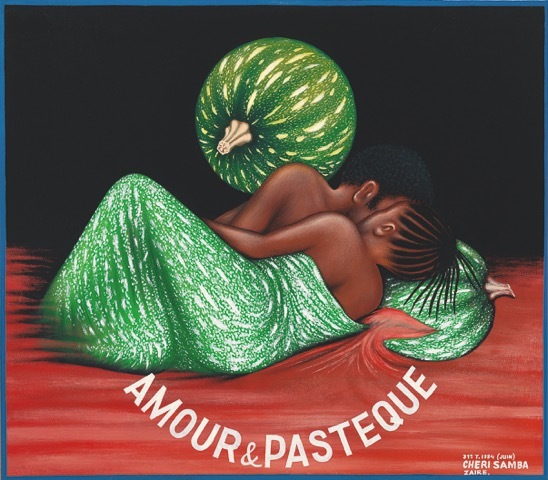 --Photos by Frank Browning unless noted.