"Despite nearly a decade since the end of the war, and billions of dollars in aid spent, the DRC [Democratic Republic of the Congo] remains in last place in the current UN Development Index. There are a number of reasons for Congo's slow progress [...] yet underpinning these challenges is the problem of chronic insecurity," said Ben Affleck, the actor and founder of the Eastern Congo Initiative, in a new video calling for urgent action.

The Eastern Congo Initiative is one of 13 Congolese and international organizations that released a report this month urging security sector reform in the troubled country.

Congo's armed forces are widely perceived as the worst perpetrators of violence, ahead of private armed groups and foreign militias. Security forces reportedly kill and rape with near impunity and are feared by many parts of the population. "We need to transform [the security forces] so the troops are able to regain the confidence of the people," said Congolese activist Emmanuel Kabengele. Kabengele and other activists who worked on the report held a recent press conference to highlight their conclusions.

According to the new report, international governmental donors spent more than $14 billion on development aid in Congo between 2006 and 2010. Despite those massive investments, progress has been nearly absent. Among other grim statistics, 1.7 million Congolese (in a population of some 70 million) are displaced from their homes, average income is less than 50 cents a day, child mortality rates are among the highest in Central Africa, and the population in several of the country's districts is at constant risk of violence.

"Many of Congo's seemingly intractable conflict-related problems can be traced back to dysfunctional security services," Kabengele explained. Reform of the security sector, which includes police and military forces, is direly needed, he said.

Yet according to the report, neither the Congolese government nor the international community has shown any desire to prioritize security sector reform.

"There is an absolute lack of political will in the Congolese government for security sector reform," said Mvemba Phezo Dizolele of the Eastern Congo Initiative. "The government is hindering the process of professionalizing the army."

According to Phezo, the reasons for the lack of enthusiasm are multifold. "Chaos benefits a lot of people," he said. In particular, he noted that the violence has proven lucrative for certain individuals in the armed forces and the political elite, allowing them to control natural resources and close lucrative deals. Reforms are seen as a direct threat to the financial and political power of some in the elite, he said.

"We believe that the fact that there is so much resistance against reforms indicates that they are much needed. It indicates they hurt," said Marta Martinelli of the George Soros-founded Open Society Foundations, which also worked on the new report.

Given the unlikelihood of unilateral change from the Congolese government, the report calls on the international community to adopt security sector reform as one of the goals of the United Nations Organization Stabilization Mission in the Democratic Republic of the Congo. The peacekeeping troops' mandate is up for revision next month.

Until now, the international community generally has not made security sector reform a condition of aid. The report argues that lack of coordination among international donors has practically enabled the Congolese government to refuse reforms.

Yet there are signs of potentially important policy changes. Congolese President Joseph Kabila indicated in a recent statement that he was considering arresting Bosco Ntaganda, a Congolese militia leader who is accused of recruiting and deploying child soldiers.

"The arrest of Ntaganda would be a good start to signal that the impunity in the army is about to end," said Martinelli of Open Society Foundations. 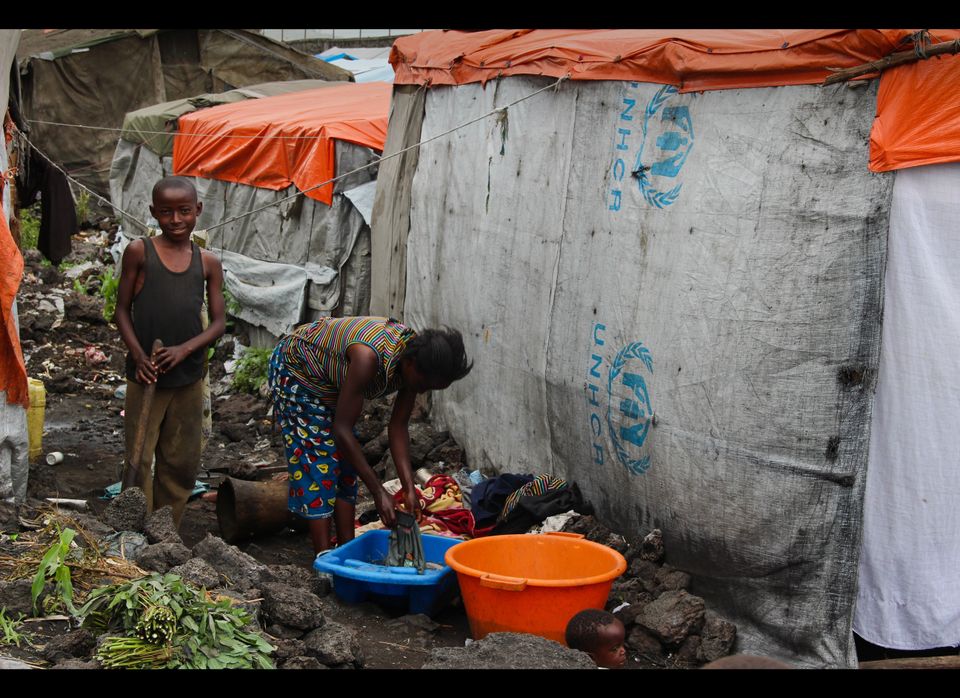 1 / 10
The Katindo military camp in Goma, North Kivu province, was built by the Belgians prior to Congo's independence. Originally designed to hold about 150 people, the camp has swelled to more than 16,000, including soldiers, women and children, with minimal improvement to infrastructure. Many soldiers' families now live in the camp, most in makeshift refugee tents.
Melanie Gouby