BSA's Girls Who Code class of 2016 graduated this month, marking the end of an intensive seven-week coding program. While most of the 19 girls in the BSA classroom began the program with no knowledge of coding, they are now proficient in several programming languages, including Python, Scratch, HTML, and CSS. They have created websites and apps, met with Members of Congress, and have networked with leading women computer scientists and engineers.

Girls Who Code was founded in 2012 with the mission of closing the gender gap in Science, Technology, Engineering, and Math (STEM) fields. In four years, Girls Who Code has gone from 20 girls in New York to 10,000 girls in 42 states. The program couldn't have come at a better time. We need a well-trained pipeline of computer scientists in our software-dependent economy, and right now the software industry has more jobs than it can fill. By 2024 there will be 4.4 million jobs available in computer and information technology. Encouraging women to join this field is critical to fill this gap: Women held 36 percent of computing occupations in 1991, but just 25% in 2015.

BSA is fortunate to have member companies who are committed to contributing to the Girls Who Code mission. Not only did BSA members--including Adobe, Autodesk, IBM, Intuit, Microsoft, and Workday--sponsor Girls Who Code in several cities across the nation, they also pitched in to specifically support the BSA classroom this summer.

We would like to thank our member companies for their contributions and participation in BSA's 2016 Girls Who Code program: 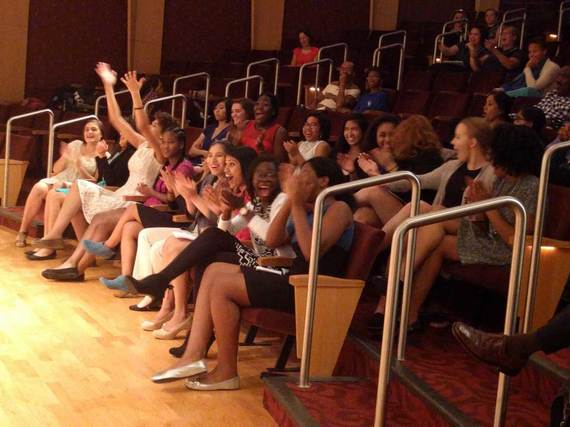 Last year, 94% of the girls in BSA's Girls Who Code inaugural classroom reported that the program made them more likely to pursue a major in computer science. One of this year's students commented on the thrill she gets from coding: "My favorite part is that it really took me out of my comfort zone. I feel like I'm actually doing something. When I finish coding something, and I test it, and it works - that's my favorite part."

BSA is proud to play a part in teaching these bright, enthusiastic girls how to code. Congratulations to our 2016 graduates!

For more information on the 2016 BSA Girls Who Code program, visit www.bsa.org/girlswhocode.