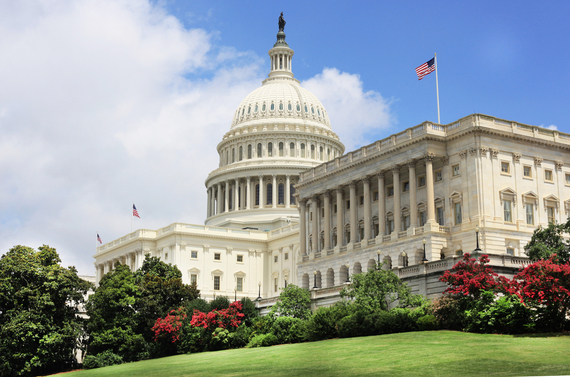 Spring has come to Washington and the Congressional appropriations process—the process by which the government is funded—has emerged from hibernation after last year’s budget deal. The year began with calls from both the Senate and the House of Representatives for “regular order,” which long ago meant getting all of the budget bills that fund different parts of the government completed on time and signed into law individually. It also meant an almost exclusive focus on funding, not on ideological riders, which create controversy and chaos in the budget process and often make it so that lawmakers are unable to fulfill one of Congress’s biggest responsibilities: funding the government.

Last year’s spending bills were bogged down with ideological riders that would have defunded or weakened critical laws to protect our health and environment. In fact, more than 100 anti-environmental riders were proposed that would have blocked protections for our air and water, repealed vital climate change rules and harmed endangered species, among other things.

The first spending bill to make its way through the committee that handles the funding for the federal government in the House of Representatives this year would fund energy and water programs for fiscal year 2017. It includes several “poison–pill” riders that would:

In the Senate, Senator Lamar Alexander (R-TN) deserves credit for not adding new anti-environmental riders to his energy and water bill before it went to the Senate floor. However, once on the floor, Senator John Hoeven (R-ND) tried to add the dirty water rider above to block the Clean Water Rule. The amendment was defeated when Senator Hoeven failed to get the necessary votes. Ironically, an attempt by another Senator to add a different controversial amendment targeting the Iran nuclear deal has stalled the entire bill, leaving the first budget bill out of the gate going nowhere fast.

The White House deserves credit for issuing a veto threat over the inclusion of riders in the Energy and Water Appropriations bill. Their statement reads, “The administration strongly objects to the inclusion of problematic ideological provisions that are beyond the scope of funding legislation. If the final bill that is presented to the president includes such provisions, the president’s senior advisors would recommend that he veto the bill.”

Fortunately, as the river of ideological riders starts to flow for fiscal year 2017, so too does the chorus of opposition to using  the annual budget process to award polluters and other special interests with policy victories that could never pass as free-standing legislation.

More than 170 members of Congress have come together to write a letter calling on the leaders of both parties in the House of Representatives to bring forward a clean budget, free of poison-pill riders, to fund the federal government for the next fiscal year. The letter was spearheaded by Representatives Ruben Gallego (D-AZ) and Jan Schakowsky (D-IL) and endorsed by dozens of organizations, including Earthjustice.

While the support of so many members of Congress and the administration is very encouraging, there are many more bills to come and therefore many more chances to attach poison-pill riders. We must remain vigilant in opposing these damaging provisions and continue to encourage Congress to invest in our environment and in health protections for our families, not undermine them with ideological games.