It wasn't long ago that the Ebola epidemic in West Africa raged out of control, reached U.S. cities, and prompted the United Nations Security Council to declare Ebola a threat to global security. It was a frightening period. It was only the second time - HIV was the first in 2000 - that an epidemic had been labeled by the United Nations in such terms.

The Ebola crisis is not over; there has been a resurgence of cases in West Africa in recent weeks. But the White House has been forced to use Ebola funds to fight a new threat - the Zika virus now spreading rapidly across the Americas. Congress has yet to vote on funding to fight Zika - its members left for spring break without a vote - forcing the Administration to transfer $500 million in remaining Ebola funds to the Zika response. It is a gamble the White House should not have to make.

Two months ago, the President made an emergency request for roughly $1.9 billion to respond to the Zika virus epidemic, which is now spreading dangerously. The World Health Organization has declared a public health emergency. It reports that Zika virus is now being spread in 33 countries in the Americas. Cases of microcephaly - abnormally small brains - in newborn babies in Brazil now exceed 1,000. The Centers for Disease Control (CDC) has confirmed that the Zika virus causes microcephaly at birth (see graphic), as well as other serious paralytic diseases in adults. The mosquitoes that transmit Zika virus to humans are now thought by the CDC to be present in 33 states in the mainland U.S. instead of just 12 as originally thought. As warmer weather approaches, we are facing a potential disaster if evidence-based action on a sufficient scale is not taken. 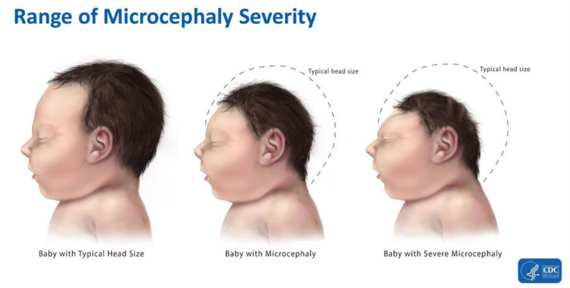 The President and the Congress did the right thing in authorizing an emergency supplemental request for $5.4 billion to combat Ebola in December 2014. The appropriation funded research on Ebola diagnostic tests, vaccines and therapeutics through the National Institutes of Health. The funds also supported an eventually successful public health response in the U.S and, most importantly, in West Africa where the epidemic raged, led by the CDC in close partnership with the U.S. Agency for International Development (USAID). To protect Americans, the CDC was ordered to deploy thousands of public health professionals around the U.S. and the world, including in West Africa, where each day for more than two years they put their lives on the line for us. Just as importantly, the remaining supplemental funding was now going to be used to leave behind a lasting capacity through training and support for West African countries to better prevent, detect, and respond to Ebola and other emergencies.

Ebola researchers further demonstrated that when there are many thousands of cases of Ebola, even rare events become more common. Ebola had been known for more than 40 years, but the epidemic showed for the first time that it could be transmitted sexually and that survivors were left with residual health problems that have not been fully researched. The World Bank estimates the economic damage from Ebola in West Africa at $2.2 billion. It will take years to recover.

Diverting resources from Ebola makes little sense -- in fact it would be like redirecting firefighters to a new house when the fire they were fighting isn't really out yet. It only takes a puff of wind for the original fire to ignite again.

Congress needs to approve the money to fight Zika, and quickly. By not providing appropriate funding for U.S. government agencies, who more than earned their credibility with the American people during Ebola, Congress is gambling with both the health of unborn American children and with the health security of Americans in general. The gamble is that $500 million for Zika is sufficient when experts say it isn't, that the Zika virus won't be actively transmitted on the mainland when experts say it will, and that withdrawal from maintaining Ebola control in West Africa won't threaten health security again when experts say it could.