"Charles Darwin's discoveries gave humankind a new, revolutionary way of thinking about the natural world and our place in it. His insatiable quest for knowledge and decades of meticulous observation and analysis opened new pathways for advancements in biology, medicine, genetics and ecology," Himes said in a statement. "Without Darwin's contributions to science, philosophy and reason, our understanding of the world's complexity and grandeur would be significantly diminished."

This marks the fourth attempt at passing a Darwin Day resolution, a largely symbolic effort in the GOP-controlled House. Former Rep. Rush Holt (D-N.J.) introduced similar bills in 2013 and 2014, while former Rep. Pete Stark (D-Calif.) proposed the measure in 2011.

Himes, who was elected to a fourth term in Congress in November, previously threw his support behind those earlier efforts.

A Gallup poll released last June found that about half of Americans believe in some form of evolution, while 42 percent believed God created humans in their present form. 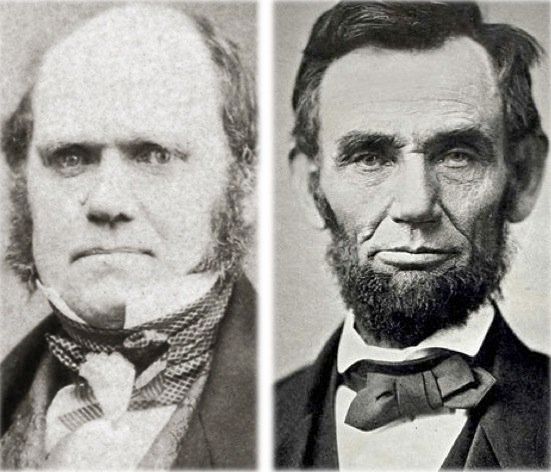 1 / 8
He Had The Same Birthday As Lincoln
Charles Darwin and Abraham Lincoln were both born on February 12, 1809.
HPMG/Wikimedia Commons