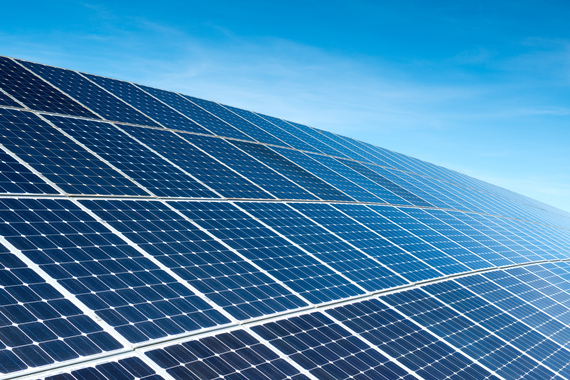 From hanging stockings by the chimney with care to stumbling through the latter verses of Auld Lang Syne, it's the time of year for annual traditions. Congress joined in this December, performing its own yearly ritual of waiting until the last possible moment to renew critical tax credits for clean energy. But extend them, finally, it did, locking in incentives for both wind and solar through the end of the decade -- a gift that will keep giving to protect our air and our climate in many seasons to come.

Consider the explosive growth of both wind and solar power in recent years. Solar power has grown four-fold across the country just since 2010, generating increasing amounts of clean energy at increasingly affordable prices. By all accounts 2015 has been the best ever for the industry, with another home or business going solar every two minutes. Wind power is also expanding at a rapid clip, last year generating 26 times more energy than it did in 2001. And in November, the pollution-free resource passed the 70-gigawatt milestone; there's now enough wind energy across the country to power 19 million typical American homes.

The recent success of these clean energy sources is due to a number of forward-thinking public policies, not the least of which are federal tax incentives over the last two decades.

Tax credits are important for these clean energy resources because while they have high (though rapidly declining) upfront costs, they have zero fuel costs in the long term. Wind and solar also compete with conventional fuel sources such as oil and coal, which enjoy billions in subsidies themselves and whose prices don't include the external costs they impose on society, such as air pollution and global warming.

In the face of such formidable competition from dirty energy sources, for which the market is already rigged, uncertainty over the federal tax credit for clean energy exacts a toll. In 2013, for example, wind power installations dropped 92 percent due to indecision on the part of Congress over renewing the credits.

Many observers worried representatives and senators would pull the exact same stunt as last year: retroactively renew wind credits through 2015 (leaving the industry scrambling through the holidays to secure major new projects to qualify), and punt on the solar tax credits and any discussion of long-term incentives.

Instead, thanks to clean energy champions and the Democratic leadership, Congress gave both wind and solar a substantial boost for the medium term.

Wind power. The Production Tax Credit is extended retroactively back through 2015 and forward through the end of 2019 and will phase down over time, driving pollution-free, onshore wind power development through the middle of 2021. (Offshore wind power could technically benefit, too, through an extension of the investment tax credit on the same timeline, but in practice we need a longer extension of credits for this burgeoning U.S. resource).

Solar power. The Investment Tax Credit is extended at current levels for residential projects (30 percent) through 2019, then phased down to 10 percent permanently in 2022, also the rate for commercial and utility-scale projects.

The extension of these clean energy credits will ensure continued steady growth of clean energy in years to come, and avert dangerous carbon pollution. An analysis from the U.S. Department of Energy found that a four-year extension of wind and solar incentives would avoid more than 1,000 million metric tons of global-warming pollution through 2022. A study from the National Renewable Energy Laboratory found that extending the tax credit for wind alone would avoid as much as 20 million metric tons of carbon pollution per year.

Unfortunately, Congress combined their worthy gift of renewable energy with a big lump of coal by lifting our decades-long oil export ban, a move that will only benefit the oil industry while increasing drilling, fracking, and climate pollution. House Speaker Paul Ryan has been quick and correct to claim victory on behalf of Big Oil for lifting the ban.

What Speaker Ryan hasn't highlighted, but what is also true: the extension of the clean energy credits makes it all the more likely that states will blow past the carbon pollution limits in the Obama Administration's Clean Power Plan. They make it more likely that we'll achieve our Paris commitment to curb global warming pollution. And they are critical step on the path to the 100 percent clean energy future demanded by the climate crisis. A nice holiday gift, indeed.