WASHINGTON -- A report from The Wall Street Journal that Israel spied on U.S.-Iran nuclear negotiations and then fed that information to members of Congress seemed like a shocker at first blush when it published Monday night. While spying is a seedy but accepted part of geopolitics, using intelligence information to sway Congress against President Barack Obama's agenda on Iran was seen as a step too far by senior administration officials cited in the report.

But when talk of the story began circulating on Capitol Hill, lawmakers seemed almost uniformly unfazed. Most denied receiving information from the Israeli government, and some questioned whether leaked information about the nuclear negotiations was from Israel, rather than one of the five countries partnering with the U.S. in the talks.

"Actually, one of my reactions was, 'Why haven't they been coming up here sharing information with me?'" Senate Foreign Relations Committee Chairman Bob Corker (R-Tenn.) told reporters. "I kinda felt left out, if you know what I'm saying."

"I will say a lot of times I get more information from foreign ministers who are visiting than I do the White House. I think you all understand what's happening here. You understand who's pushing this out," Corker continued, implying that the recent Wall Street Journal story was an attempt by the White House to vilify the Israelis.

Corker is the author of legislation that would empower Congress to vote on the final nuclear agreement with Iran and would strip the president of flexibility when it comes to lifting sanctions. This makes him more invested in this game of high-stakes spying, diplomacy and legislative deal-making than most. But other senators with less involvement seemed to echo his general lack of concern.

"I wouldn't say it's the most shocking development of the day," said Sen. Claire McCaskill (D-Mo.).

Several other members insisted that they, too, were simply out of the loop. Sen. John McCain (R-Ariz.) said he had not been briefed by Israeli officials. Sen. Bob Menendez (N.J.) one of the top Democratic critics of a deal said he "did not hear anything" either. Sen. Dianne Feinstein (Calif.), a leading Democrat on intelligence matters, said all she knew was "what I read in this morning's newspaper." Senate Minority Leader Harry Reid (D-Nev.) insisted that all the intelligence he had received "has come from America." And Sen. Lindsey Graham (R-S.C.) told reporters, "No one from Israel has ever told me anything about the agreement that I already don't know."

The denials add yet another layer to the increasingly complicated dynamic among the Obama administration, Congress and the Israeli government as the end-of-March deadline for a political framework of a deal draws closer. The discussion has turned tense and leaders have chosen their words carefully. Obama, appearing at a news conference with Afghanistan President Ashraf Ghani, declined to discuss the matter, except to say that his administration has been talking about the details of the negotiations already with Congress and the Israelis.

"As a general rule, I don't comment on intelligence matters in a big room full of reporters," he said.

Even before that press conference, the Israeli government denied the spying allegations. "We do not spy on the United States," Israeli Foreign Minister Avigdor Lieberman told Army Radio. "All the information we obtained is from a different side and not through the United States."

On Capitol Hill, meanwhile, much of the discussion seemed to be colored by lawmakers' grievances that they have been and continue to be sidelined in much of the negotiations and fear being handed a deal they deem inadequate to prevent Iran from obtaining nuclear weapons. Corker, for instance, indicated that while he had not received information from the Israeli government, back-channel exchanges would not be necessary if the White House sought the advice and consent of the Senate.

Sen. Tim Kaine (D-Va.), another lawmaker pushing for a congressional vote on the agreement with Iran, seemed to excuse the Israelis when asked about the matter.

"I obviously have differences of opinion with the opinions of Israeli leaders -- especially the prime minister -- over details of a deal. But given their deep existential interest in such a deal -- that they would try to figure out everything they could -- that they would have an opinion about it, and share that opinion about it, I don't find that controversial," said Kaine.

With a week to go before the deadline for the political framework of an agreement, it is difficult to say how much of an effect reports of Israeli spying will have on the talks. Already, those talks have endured numerous road bumps, with the White House repeatedly pushing back on efforts by Congress -- sometimes in conjunction with the Israeli government -- to inject itself into the process over what a final nuclear deal with Iran will look like.

At the invitation of Speaker of the House John Boehner (R-Ohio), Israeli Prime Minister Benjamin Netanyahu traveled to Washington earlier this month and urged members of Congress to oppose the deal currently under negotiation.

The following week, Sen. Tom Cotton (R-Ark.) drafted a letter, signed by 46 of his fellow Republican senators, warning Iran's leadership that any agreement reached would likely be unraveled by Congress or a future U.S. president.

Both the invitation and the Cotton letter fit into a larger frame through which critics of a nuclear deal think observers should consider the latest reports of Israeli spying: that the White House invited such maneuvers by holding cards too close to its chest.

"They've been reluctant to have an honest, full debate about the Iran deal, and about rapprochement with the Iranian regime. It's been about obfuscation and saying that people who oppose the deal are war mongers," said David Ibsen, the executive director of United Against Nuclear Iran.

"If you look at what's going on, you'd think that Tom Cotton and Benjamin Netanyahu are the greatest threats to U.S. national security in the last 30 years. Meanwhile, [Syrian President Bashar] Assad is dropping chemical weapons again, there is a total vacuum of authority in Libya, Iran is expanding in influence across the region. And all we hear about is the Bibi speech to Congress and the letter to Iran from the 47 Republicans," Ibsen continued.

CORRECTION: A previous version of this story misidentified Boehner as a Democrat. 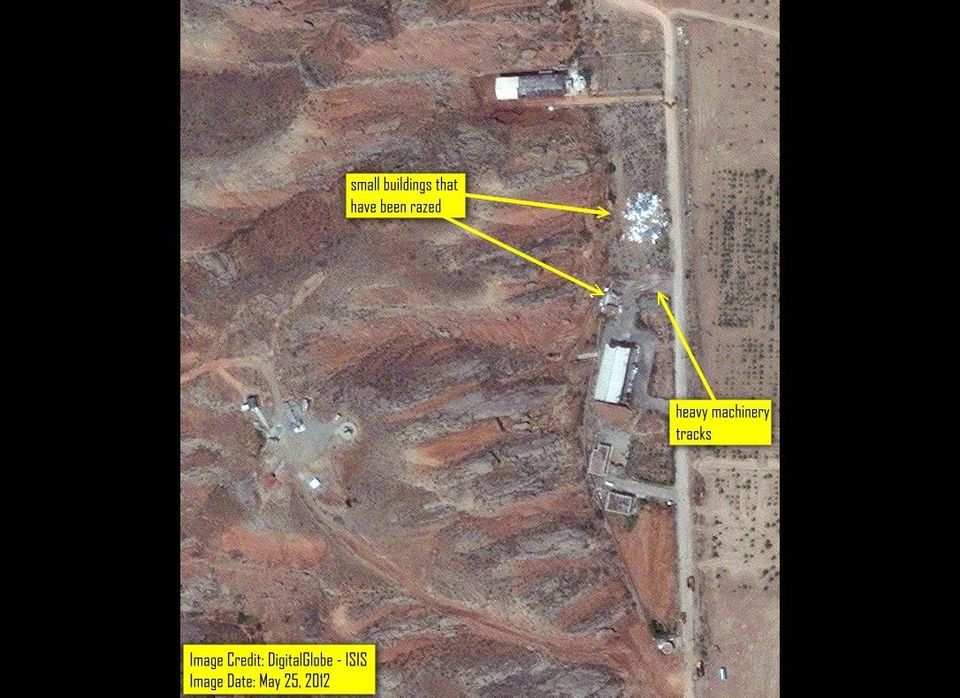