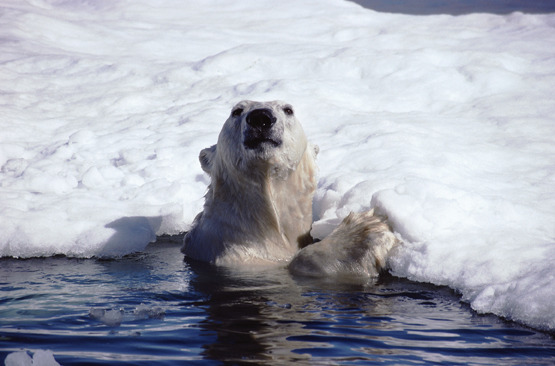 All photos courtesy of NRDC

Why isn't the U.S. government telling Shell: "You can only drill in the Chukchi or Beaufort Seas AFTER you prove you can clean up a spill."

Perhaps Heinz or Hunt's would donate a giant vat of ketchup. Maybe Jamba Juice or Naked Juice would donate a giant smoothie. Shell should be compelled to spill something thick, gooey and non-toxic -- preferably in a flavor that appeals to polar bears or whales, before it is allowed to drill for oil in the arctic.

On April 20, 2010, the Deepwater Horizon oil explosion occurred off the coast of Louisiana causing the BP oil spill in the much warmer waters of the Gulf of Mexico. In Feb. 2011, a Norwegian tanker spilled oil in the icy fjords off Oslo, Norway.

In 2000, the State of Alaska sponsored a test to see if a spill could be cleaned up in the Arctic. As you can see from this video that Oceana posted on YouTube, the test was a total failure. The 2000 North Slope Broken Ice Trials proved that booms and skimmers do not work in ice. Booms and skimmers are among the tools Shell plans to deploy in the event of a spill.

Chuck Clusen, Director of Alaska Project for the Natural Resources Defense Council ("NRDC") described for me the risks and ramifications for both humans and wildlife if Shell has a mishap in the Arctic.

Although Shell has invested in equipment that can be immediately deployed if there's a spill, there is a very limited window of time to clean up a spill in the chilly Chukchi and Beaufort Seas, environments that are already showing stress from climate change (with incidents of polar bears drowning trying to swim from ice pack to shore and small young male Pacific Walruses being smothered by older male walruses due to the receding icepack and limited room on the beach).

But the major problem with any spill is that the water is so cold and winds can be so powerful that there is a response gap where you can't effectively clean up oil due to ice in the water or winds that cause waves to be too high. 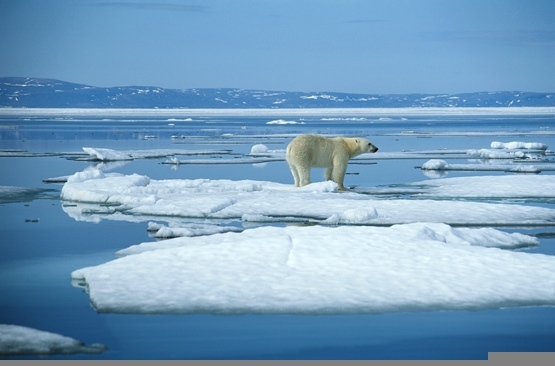 Between July 1 and Oct. 31 (the other eight months, the seas are frozen over), the so-called response gap is three to five days of each week. So at best you have four and on average as little as two days. Oil does break down to a degree fairly quickly when you can no longer skim or burn it. You can't skim oil a week or more after a spill. World Wildlife Fund did some calculations: it's impossible during those four summer months between 44 to 84 percent of the time. In Beaufort drilling, they can drill up to end of October, if there's a blow out at end of work period - there's insufficient time to drill a cap relief well. Then oil freezes into/under the ice - ice moves hundreds of miles all around the arctic -Ice could drag liquid oil underneath it too -- could still be oozing.

If oil is carried long distances in the ice, then next summer, when when the ice cap melts, oil is all over the place.

If there is a spill, we better hope it happens in the Chukchi rather than the Beaufort.

Clusen says that Shell must stop drilling 38 days before the Chukchi Sea freezes (where between 5,500 and 25,000 barrels a day could spill). But there's no such limit in Beaufort where the risk in a spill is 5,500 to 16,000 barrels. The Capping stack, Shell's principal strategy of controlling a leaking well is being built in Seattle, but Clusen says it won't be tested with real oil. "The real question is whether a capping stack can work as well in the Arctic. The drill rig in Gulf of Mexico had motors on all sides -- no mooring lines with anchors. Two drill rigs that Shell would use in the Arctic would be moored," says Clusen, adding that trying to get around and through mooring lines without getting tangled up is pretty challenging because there's not a lot of room to maneuver. 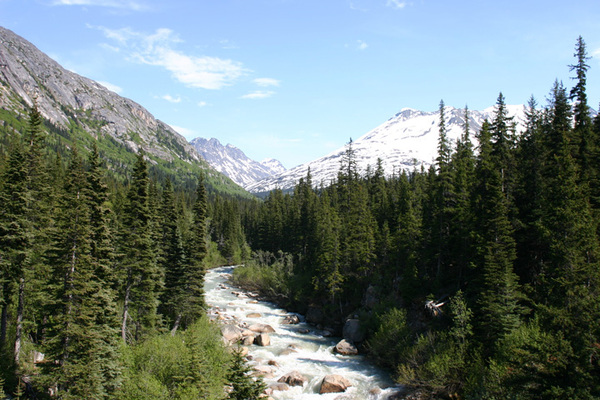 "There's so much we don't understand about it how the ecosystem works, the niches for each animal, etc." says Clusen, adding that we also don't know how the noise from drilling and the vessels will affect the whales and other wildlife.

In the BP spill in the Gulf of Mexico, "a lot of oil stayed in the water column, which means that cleaning up the surface (even if possible) does not prevent potential ecological damage," Clusen noted. The Bowhead whales are a special concern because they feed in the shallow waters where Shell will be drilling. In the event of a spill, if there's oil in the water column it will gum up the baleen filters in the mouths of Bowhead whales. Even if there's no spill, if the drilling drives the Bowheads further out to sea, the Inuit Eskimos may lose a principle food and culture source.

Shell's oil exploration will occur in a known denning area for female polar bears and within the migration route of the Bowhead whale. (Belugas and grays also pass through the Beaufort and Chukchi Seas).

A spill in this area could be deadly and oil the coastline of the Arctic Refuge Barrier Islands. This is key habitat for polar bears as well. The Arctic Refuge Coast is the highest density denning area for female polar bears on shore in the American Arctic. In Beaufort and Chukchi Sea -- in fall they tend to come from Eastern Beaufort Sea in Canada -- come in Camden Bay along the shore of the Arctic national wildlife refuge -- then they loop further out in north and west around the Chukchi lease area where Shell plans to drill four exploration wells in the next couple of years. Again, a spill as the result of this exploration could be deadly to Bowhead whales.

If Shell spills oil and a polar bear get oil in his coat, his fur won't be able to keep him warm. If he attempts to lick himself clean, he can die from oil toxicity. If Bowhead whales die or hunt for food farther from the shore, it will affect the Inuit Eskimos for whom these whales are both a food and cultural source.

So whether you are rooting for polar bears, whales, us or the earth, what's the harm in the U.S. government demanded that Shell prove it can clean up a spill? If there's a problem, any spill will make the Exxon Valdez or BP oil spills look like minor mishaps. The Exxon Valdez spilled 11 million gallons of crude oil into the ocean. The Gulf of Mexico spill released 200 million gallons of oil. This means that every five days, an oil spill the size of Exxon Valdez was released into the Gulf of Mexico, and this spill is over 18 times the size of predecessor.

To urge the government to take action or to learn more, visit the NRDC website (and watch a video message from Robert Redford about the wildlife imperiled by Shell's plans).