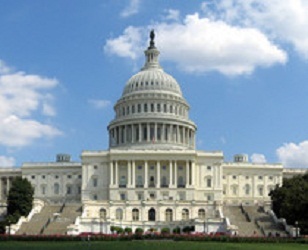 Congress can make or break our fight against hunger at home and overseas. Both food stamps, to help impoverished Americans, and the global Food for Peace program are on the line in Farm Bill meetings starting this week.

With over 49 million Americans suffering from hunger, and high unemployment rates, it makes no sense to cut back the food stamp (SNAP) program. Yet on November 1 there will be reductions in SNAP and more may be coming. The House of Representatives is proposing nearly $ 40 billion dollars worth of cuts in SNAP. Their plan also calls for the elimination of free school meals for over 200,000 children.

Where will hungry Americans go for help? They will look to food banks, but these are already overstretched and cannot make up the difference. The economy is suffering and hunger will escalate in America if Congress dismantles food safety nets.

Bob Aiken, the CEO of Feeding America says, "We anticipate that, faced with this sudden drop in their monthly food budget, many people who receive SNAP benefits will seek additional help from our food banks and the agencies they serve. Unfortunately, our food banks across the nation continue to be stretched thin in their efforts to meet sustained high need in the wake of the recession."

Food stamps have a history of helping Americans living in poverty. In 1939 food stamps were first introduced to help low-income families. Studies showed the needy were getting more nutritious foods as a result. Grocers liked the plan because the stamps were redeemed to buy food at their stores.

As America entered World War II, food stamps were seen as vital for keeping the whole nation strong. In 1943, because Americans were back at work in large part, the need for food stamps ended. Secretary of Agriculture Claude Wickard called the program "an outstanding success." The U.S. did continue food aid with school lunch programs and relief for the handicapped and elderly during these war years.

Today, Congress wants to roll back food stamps before economic recovery has taken place. Their plan puts more strain on the nation's hungry and food bank system. Their plan takes away school meals. What they should do is strengthen the food stamp plan and the Federal Emergency Food Assistance (TEFAP) program which supports food banks. When jobs and wages start to return then take up large reductions in food stamps.

The Food for Peace program is also a major part of the Farm Bill. Congress has to decide the level of funding. Food for Peace supports hunger relief in Syria, Afghanistan, South Sudan, Haiti, Mali, Yemen and many other countries. It's an extension of Wickard's World War II philosophy that "Food will win the war and write the peace."

No country or region will have stability if it suffers from malnutrition. That is why Food for Peace, as well as the McGovern-Dole global school lunch plan, need support in Congress. As Dwight Eisenhower said, hungry children scrapping in garbage heaps cannot be expected to become apostles of peace. We need to wage war against hunger and want. Food for Peace is the largest supplier of the UN World Food Programme, the lead hunger fighting organization.

International food aid makes up less than one tenth of one percent of the federal budget. So there is no savings to cost cut here. What cuts would do is sink our foreign policy.

Congress has a lot on its plate as it starts back to work. Decisions in the coming weeks can drastically impact the hungry here at home and abroad. That will be a legacy of this Congress, how it responds to these difficult times.

Americans must continue to give their input as to how to run things. Leadership can come from any corner. Now is the stretch run for the Farm Bill. As Amelia Kegan, a policy analyst for Bread for the World says, "It'll be an intense period, but as you well know, this is often the most important part of any race."