The 114th Congress will be sworn in on Tuesday January 6, 2015, bringing with it not only a Republican, but also a Christian, majority.

Nearly 92 percent of the House and Senate are Christian, compared to 73 percent of American adults, according to an analysis by Pew Forum. Of the Christian Congress members, 57 percent are Protestant, while 30 percent are Catholic. 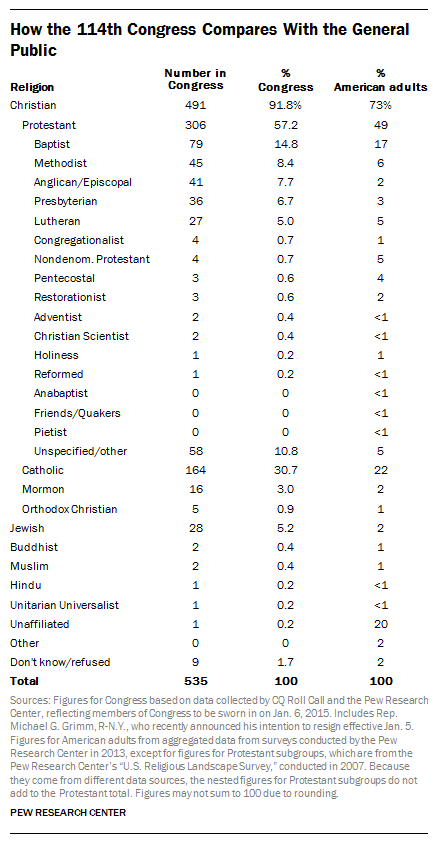 After Christianity, Judaism is the next largest faith represented in Congress, represented by just over 5 percent of the members. Nine members reported "Don't Know" or refused to answer, while just a handful of others belong to Buddhist, Muslim or Hindu faiths. 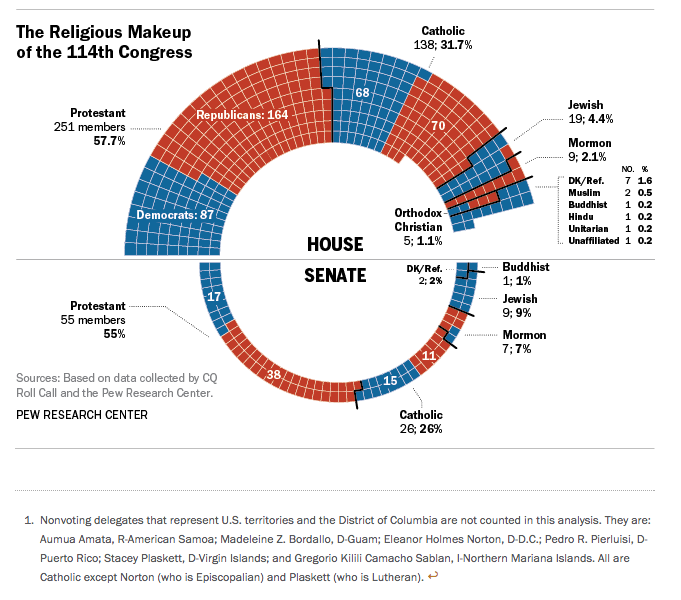 Although "Unaffiliated" makes up the second largest religious grouping in the United States, only one member of the 114th Congress reported this faith preference. 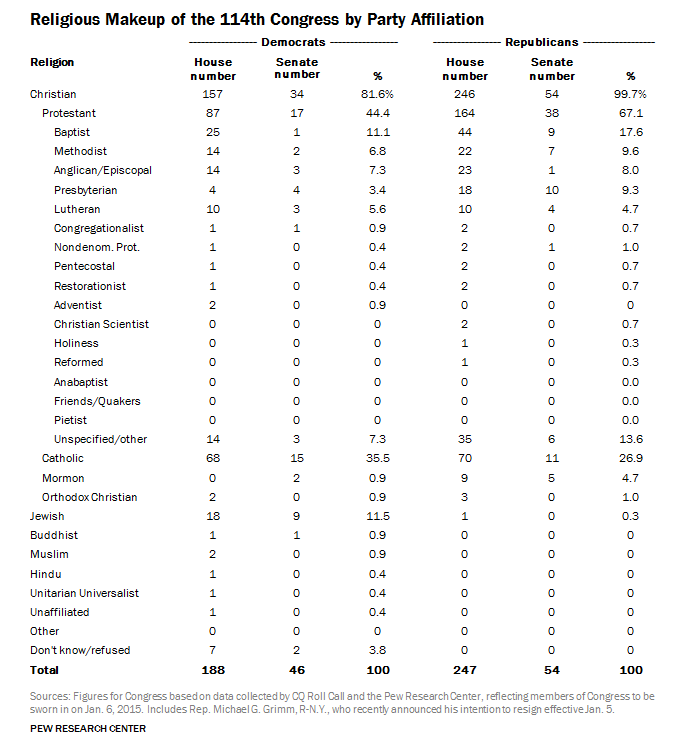 There are also at least seven ordained ministers in the new Congress, four of whom are Republicans and three who are Democrats, according to Pew. 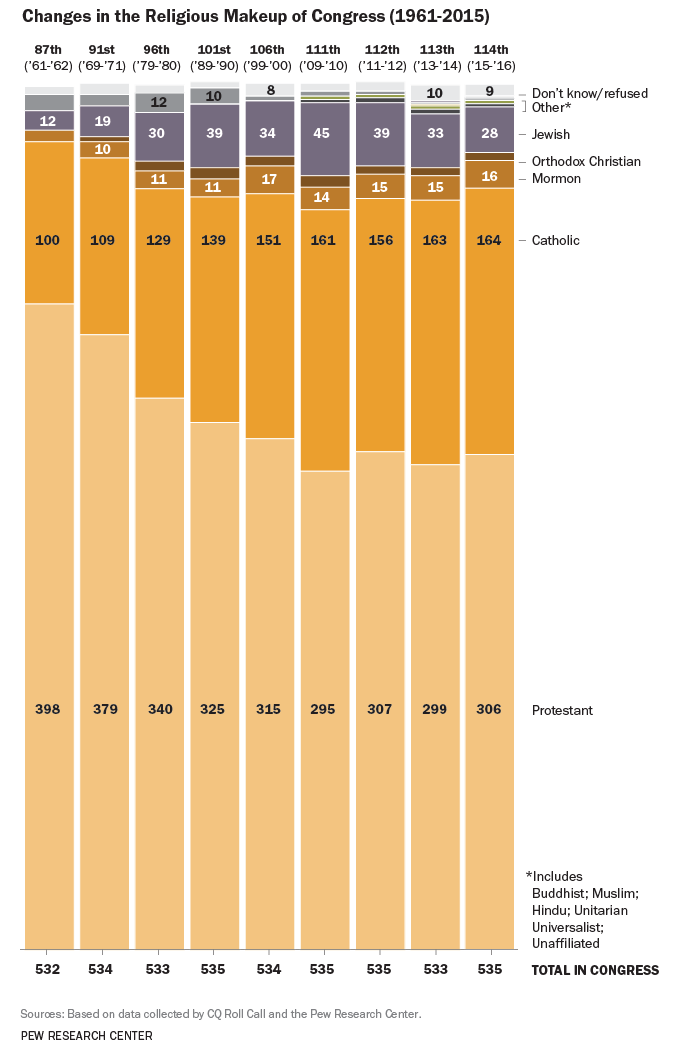 Pew notes that although the Christian majority has remained roughly constant from Congress to Congress, religious diversity has increased since the middle of the 20th century when there were virtually no other faiths represented other than Christianity and Judaism.