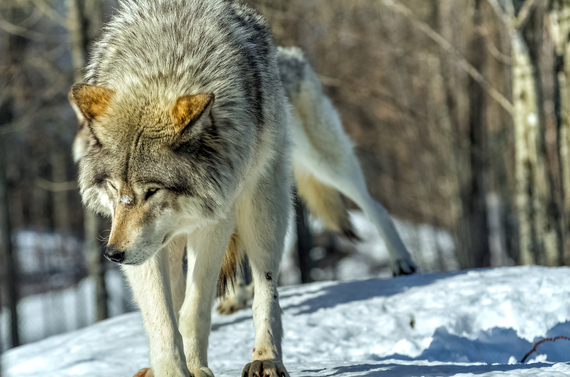 Written by Marjorie Mulhall, Legislative Counsel for Earthjustice who works to defend and strengthen the Endangered Species Act.

The current U.S. Congress is a minefield for all of our core environmental protection laws, including the Endangered Species Act. More than 80 bills and amendments have already been introduced this year in the U.S. House and Senate to weaken this vital law. And now some members of Congress and their corporate special interest backers are working to eliminate Endangered Species Act protections for certain species through must-pass spending legislation.

The Endangered Species Act is one of the strongest, most effective wildlife protection laws in the world. It was passed with overwhelming bipartisan support more than 40 years ago to protect species that are in danger of disappearing forever. In the years since it was enacted, the Endangered Species Act has prevented 99 percent of the species under its care from going extinct. That’s an astonishing record of success. This act has prevented the extinction of the bald eagle, the American alligator, the California condor and thousands of other species.

Because the act is so effective at protecting imperiled species and 90 percent of American voters support it, those who oppose the Endangered Species Act are resorting to shady, backroom deals to undermine this law by adding “riders,” – provisions relating to policy, not funding levels – to must-pass spending legislation.

Over the next few weeks, Congress and the Obama administration are expected to finalize a spending deal to fund the federal government. More than 100 anti-environmental riders are in play, including 13 anti-Endangered Species Act riders that were included in House and Senate bills to fund the Department of the Interior and other agencies. There is a very real threat that some of these anti-species riders could become law, unless President Obama and Democratic leaders in Congress stand firm in rejecting them.

These anti-Endangered Species Act riders threaten imperiled species in a variety of ways, including:

This rider would strip wolves in Wyoming, Minnesota, Michigan and Wisconsin of existing federal protections. The rider does this by overriding two federal court decisions (including an Earthjustice victory for wolves in Wyoming) that found these states’ management plans do not sufficiently protect wolves. This wolf rider would also block judicial review of these court decision overrides, stripping citizens of their ability to further challenge these wolf delistings in court.

This rider would prevent the U.S. Fish and Wildlife Service from even considering protecting the greater sage grouse—a species whose population has plummeted by as much as 90 percent due to development, including mining and drilling operations. The Obama administration recently announced that it would not list the greater sage grouse under the Endangered Species Act, citing conservation plans and agreements that are underway to help the bird. However, this rider still threatens the sage grouse by interfering with science-based decision making about what to protect under the Endangered Species Act.

The U.S. Fish and Wildlife Service listed this unfortunately named, but actually magnificent bird as “threatened” under the Endangered Species Act in 2014, citing a “rapid and severe decline” in its population. This rider would strip away existing federal protections for the bird, taking decision-making about this species out of the hands of biologists at the U.S. Fish and Wildlife Service and handing it to Congress instead. 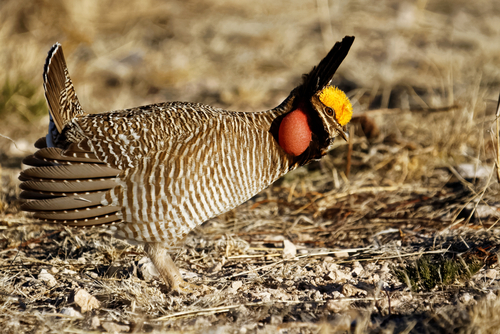 So there is still hope that we can keep attacks on the Endangered Species Act out of the final spending deal next month. But the time is short, and we need your help. Please call on your congressional representatives and tell them that you don’t want to see harmful attacks on endangered species in government spending legislation. For gray wolves, sage grouses and the numerous other species at risk, it’s a matter of life and death.