Approximately every six years, the federal government goes through a major reevaluation and reauthorization of its child nutrition laws. And so this year we are looking to Congress and the president to pass legislation that will help schools determine and achieve their wellness goals and preserve and enhance students' access to nutritious foods that meet scientifically-based standards. Optimally, this would mean preserving the tenets of the Healthy, Hunger-Free Kids Act, introduced in 2010 and which, in many ways, made improvements to federal child nutrition laws and policies, including in the areas of school health and nutrition.

After being delayed in 2015, the Senate took up the evaluation earlier this year and the Senate Agriculture Committee unanimously passed a fairly strong piece of legislation endorsed by numerous national and community groups as supporting the health and wellness work they are doing in schools. However, last month, the House Education and Workforce Committee released a far deficient and potentially harmful version. The House committee recently took up the bill on partisan basis, with Republicans on the committee voting in support and Democrats voting in opposition.

Much of the work we and many organizations do state by state and district by district to fight childhood obesity, undernourishment, and physical inactivity and to help students and schools achieve their wellness goals involves many community partners and other stakeholders on the ground. However, that work cannot help but be impacted by what happens at the federal level. All Americans -- whether parents, school professionals or citizens worried about the direction of children's health and education in this country -- should be concerned that the House envisioned bill will undermine nutrition standards by:

In contrast, the recommendations put forward in the Senate bill overall reconfirm a commitment at the federal level to promote quality child nutrition and health both in and out of schools. While the bill takes some questionable steps to moderate school nutrition standards around whole wheat and salt, positive highlights include a call for increased authorized funding for the USDA's Farm to School Program, which helps connect schools to the local production of their food; a continued commitment to serving fresh fruits and vegetables in schools; and continued funding to help schools receive equipment and other assistance needed to improve the nutrition in the food they serve.

Some common ground does exist in the bills, namely both leave unaltered the current law around the federal local school wellness policy, which provides important tools for community members and organizations, parents, schools and students in promoting student health and preventing and reducing childhood obesity.

Children's health and nutrition will remain in limbo until a time when the Senate and House can work together to pass a compromise bill that the president would sign. For the sake of our children and a stronger future for our country, we should all hope that Congress takes actions that support the efforts of schools and organizations working to improve school and child health and not hinder them. 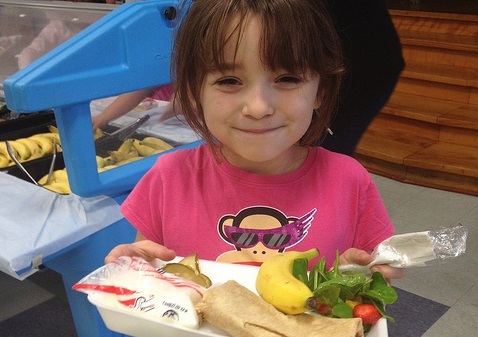