All three men have, on more than one occasion, subjected themselves to the exquisite pain of an artist putting ink to skin.

Beckham has more tattoos than most rock stars, Goldwater had Native American tribal work done on his hand and, as for Chicagoland Democrat Jackson? He has two half-sleeves nearly done, complete with portraits of his family and boyhood hero Bruce Lee.

“I believe in body art,” Jackson said, explaining that he tries “to get a new tattoo every year.” On tap for Jackson this year is a collage celebrating the centennial of his fraternity, Omega Psi Phi.

Tattoos are everywhere on Capitol Hill these days. Capitol Police officers have them. Reporters — including this one — do. Lula Davis, Senate Majority Leader Harry Reid’s former right-hand floor aide, sported tattoos in the Capitol for years.

A 2003 Harris Interactive poll found that 16 percent of adults admit to having tattoos these days. And while Democrats had a slight edge on Republicans in the area of body art, the poll did reveal that some tea party sympathizers might be simpatico with body art: According to the poll, 57 percent of those without tattoos see body art as a sign of rebelliousness.

So if, as lawmakers are so fond of saying, Congress is indeed a reflection of America, it would follow that some 60 Members of the House and 16 Senators have found themselves at least once under the gun, so to speak.

And yet, even an informal poll of lawmakers turns up relatively few who are willing to admit being in the Tattoo Caucus.

Hunter, like Jackson, has most of two half-sleeves complete. A Marine, he says he started getting tattooed at the beginning of each deployment, a practice he’s carried on with his brother.

“Every deployment I’d gotten a tat, so when he deployed, I got my last one,” Hunter said, noting that his wife — who has had her own work done — has encouraged him to get more, including one on his forearm.

Anecdotal evidence suggests there are plenty of Members with ink. Hunter noted he’s “seen a lot of guys with little ankle tattoos and stuff” in the gym and other settings where Members may be baring more flesh than on the floor of the House.

Rep. Mary Bono Mack (R-Calif.) — the only known female member of the caucus — went to a tattoo shop shortly after the 9/11 attacks to get “a tattoo of a cross, which is a reflection of her strong faith,” spokesman Ken Johnson said.

Rep. Dan Boren (D-Okla.) has a Kappa Sigma tattoo in honor of his fraternity — but wouldn’t necessarily want to see his children follow in his inky footsteps.

“I am still proud to have it but won’t be encouraging my kids to get one,” Boren said.

Del. Eni Faleomavaega (D-American Samoa), is the granddaddy of the Tattoo Caucus and the only Member of Congress to sport a tatua, the traditional form of Polynesian tattooing that is performed when a boy enters manhood.

While Western tattooing isn’t exactly a walk in the park — it involves, after all, the repeated insertion of dozens of needles into the skin — the art of tatua is not for the faint of heart.

The process can take weeks to complete and traditional artists, known as tufuga ta tatau, use tools made of bone, wood and seashell to perform the tattoos, which can cover much of a person’s body.

Sen. Jim Webb (D-Va.), a Marine like Hunter, also has military tattoos. In a 2008 interview with Esquire, Webb revealed he and his son have matching tattoos celebrating their Irish and Scottish ancestry.

Tattooing has something of a history in politics. Goldwater’s infamous hand tattoo — made up of four small stars and a half moon — was part of his participation in the Smoki People, a group of largely white, Native American culture enthusiasts in the Southwest. The late Arizona Senator was long celebrated for his role in cultural appreciation of Southwestern tribal art and customs.

But despite that history and the rising popularity of the art form, it’s still difficult to find Members who have them — and in some cases even more difficult to get them to talk about their work.

Yes, one of man’s oldest art forms — and an ostensibly outward expression of one’s life or self — flusters even the most quote-ready Member of Congress.

“Oh come on, man, who told you that?” Rep. Allen West (R-Fla.) said when asked recently about his work. West, a former Army officer who has an eagle tattoo and airborne wings on his arms, among other work, was remarkably shy when discussing the tattoos he’s gotten.

Still, he did offer that, “I don’t have to worry about looking at it all saggy or with some chick’s name on there” — referring to two tattoo rookie mistakes.

That reluctance to be tagged isn’t abnormal. For instance, Del. Gregorio Sablan (D- Northern Mariana Islands), who has a prominent tattoo on his hand, declined to comment on its origins or meaning.

Matt Knopp, owner of Adams Morgan’s Tattoo Paradise, argued the reluctance of some Members to discuss their tattoos isn’t surprising.

“If they’re coming in here, they’re sure as hell not telling me who they are!” Knopp joked, though he said he gets the occasional Capitol Hill staffer in for ink.

But the stigma, regardless of how unwarranted it may be, is likely to keep most Members or their staffers either out of an artist’s chair or at the very least on the down low.

“They’re the kid in eighth grade who was already trying to figure out what college they were getting into,” Knopp quips.

The list of Members without tattoos — even those with demographic proclivities toward them — is also notable. Republican Reps. Ben Quayle (Ariz.), Martha Roby (Ala.) and Cory Gardner (Colo.) — leaders of the GOP’s youth movement who all came of age at the start of the latest tattoo renaissance — have never been inked.

“Oh no, I valued my hide too much because my parents would have kicked me out,” Gardner said in explaining his lack of ink.

Likewise, former NFL players Heath Shuler (D-N.C.) and Jon Runyan (R-N.J.) have yet to be tattooed.

Even the House’s first Member to rock a mic, Rep. André Carson (D-Ind.), has never been tattooed despite the prevalence of body art in the hip-hop community. As a teenager, Carson performed under the name Juggernaut.

And stereotypes notwithstanding, a number of Members who have served in the Marine Corps or Navy aren’t inked either.

“No, I definitely don’t have a tattoo,” said Sen. Richard Blumenthal (D-Conn.), who was a Marine Corps reservist. And neither does Speaker John Boehner (R-Ohio), who served in the Navy and thus far has resisted the urge to get a tasteful set of golf clubs or bottle of merlot tattooed on his person.

So what should a lawmaker looking to get his first tattoo look for in an artist?

“The key is to plan it. You don’t want to look like a smorgasbord of thought,” Jackson counsels.

“You want to look at their portfolios, see a nice, clean solid tattoo,” Knopp said, warning against going for a cheaper option when getting work done.

“Tattoos aren’t cheap. If you’ve been told a price for a tattoo and a guy is offering to do it for half, you’ve got to ask why,” he added.

And for any fence-sitting Members out there worried about the potential stigma of getting a tattoo, Knopp says that’s largely gone the way of bipartisanship.

“They’re not just for bikers or street thugs anymore,” he explained. “Your kid’s second-grade teacher has ’em, the soccer mom has ’em, the guy who owns the oil company has ’em and the punk rocker has ’em. And the funny thing is, they could all have the same tattoo.” 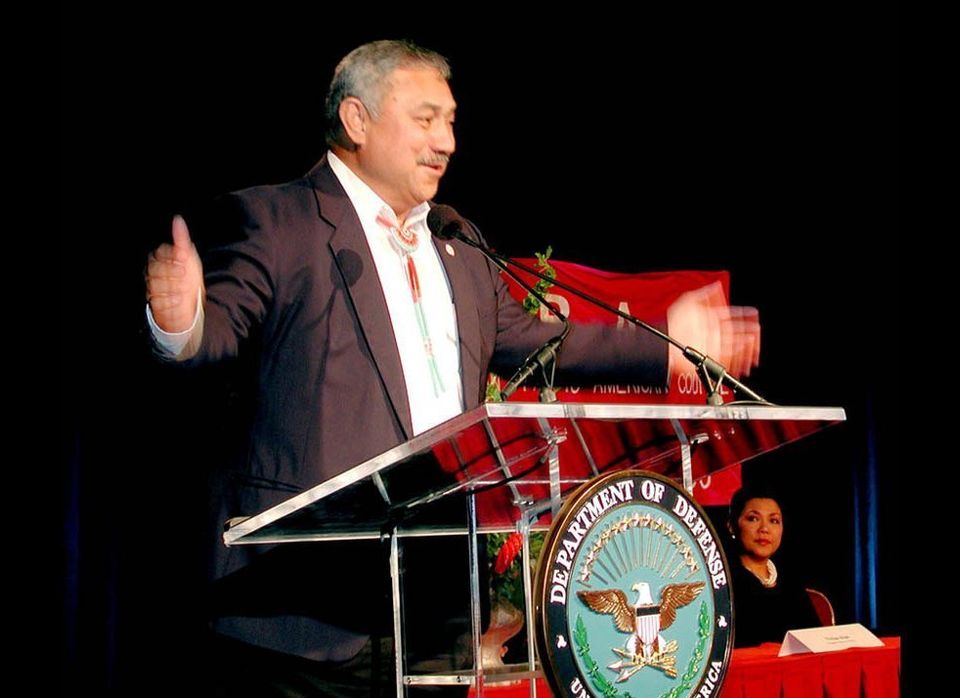