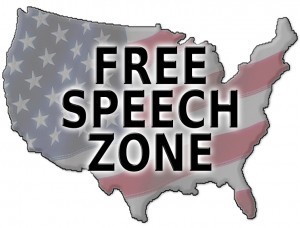 Democrats Ed Markey of Massachusetts and Hakeem Jeffries of New York want to clamp down on what can be said on radio under the rubric of "hate speech," and it's a terrible idea. Government should stay as far away from broadcast content as possible. And who will define "hate speech?" Hate speech can be anything you disagree with. It can be speech directed at a person who is offended. There is no asterisk in the Constitution that says "except for hate speech."

With bills in the House and Senate, the lawmakers would direct the National Telecommunications and Information Administration (NTIA) to "analyze" media outlets -- including radio -- to determine if they're working to "advocate and encourage" hate crimes.

Oh, and how are they going to "analyze" media outlets? Using what metric?

Tying their bill to this week's alleged white supremacist shootings in Kansas, Markey says it is "critical to ensure the internet, television and radio are not encouraging hate crimes or hate speech." He brushes aside expected First Amendment arguments, saying "criminal and hateful activity" aren't covered by the Constitution.

Well, the Constitution isn't something to "brush aside." And, no matter how many heinous crimes are committed by deplorable white supremacists, it's inane to make the case that it's because something someone said on the radio. It takes more than a ranting talk show host to instill the kind of hate in someone that spurs on this kind of depraved behavior.

It doesn't propose any specific penalties but, instead, would collect information and report the findings to congressional oversight committees.

Just we need, a law that creates committees but has no enforcement power, on something the government shouldn't be enforcing in the first place. That will stop the white supremacists!

A who's who of left-leaning activist groups have gone on record supporting the bills, including the National Hispanic Media Coalition, which has clashed with talk radio in the past, and low-power FM advocacy Prometheus Radio Project.