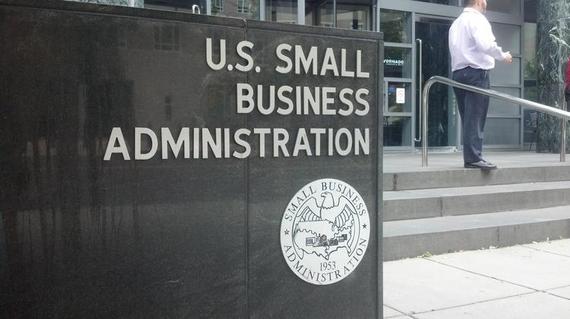 A version of this op-ed originally appeared in American Banker.

Brayden McCarthy is head of policy and advocacy at Fundera and was formerly senior economic policy advisor in the Obama White House and SBA. Patrick Kelley is a vice president at Live Oak Bank and was previously deputy chief of staff at SBA.

Little gets done in Washington these days until the final second of the last minute before a deadline. This nail-biting pattern of governance by crisis has proven to be politically expedient for lawmakers -- and a vexing point of uncertainty for everyone else. Now lending supported by the Small Business Administration is the next important area to be hampered by Congressional inaction.

If Congress does not move swiftly, most lending supported by the SBA will shut down for much of the next two months. At issue is the $18.75 billion legal lending limit on SBA's flagship 7(a) loan volume, which the agency is on track to hit by early August.

Lenders use 7(a) loans to fund the working capital and general business needs of small businesses, with the SBA providing a guarantee to help the lender if the borrower defaults. Should Congress fail to raise that ceiling, SBA lending will come to an abrupt halt until the federal government's new fiscal year begins on October 1st. A bill to avert this shutdown passed the Senate Small Business Committee unanimously in April, but appropriators have yet to take decisive action.

The glacial pace with which lawmakers are moving on this issue has injected unnecessary ambiguity into SBA lending and risks undermining recent strength in this area. Indeed, 7(a) volume has hit record levels for the past three years and is poised for yet another record in 2015.

Lawmakers should consider the factors that have catalyzed recent momentum in SBA 7(a) lending when evaluating how high they must raise the lending limit. Otherwise we are likely to end up back here again next year. Here are the reasons for the surge in the popularity of 7(a) loans:

About 80% of small-business owners who apply for a non-SBA bank loan get rejected. It's tempting to think that this is merely a knock-on effect of the financial crisis. But while there's no question that the crash is partly responsible for the 10% decline in small-business lending compared to the pre-crisis boom, that's not the whole story. The fall is part of a decades-long shift: in the 1980s, small-business loans made up about half of banks' total loans. Today, they account for less than 30%.

A number of factors have led banks to pull back from small-business lending, including the loans' higher transaction costs and the difficulty of assessing creditworthiness in a standardized, scalable manner.

Banks have increasingly turned to the SBA guarantee to take risk off the table. That is particularly true for borrowers seeking longer-term loans. An estimated 30% of all loans with a maturity in excess of three years are supported by an SBA guarantee, according to our analysis of call report data from the Federal Deposit Insurance Corp. SBA lending is also a boon for borrowers situated in higher-risk sectors who otherwise might not be eligible for bank financing, such as people in the restaurant and construction businesses. SBA loans are also three to five times more likely to go to minority-owned businesses and five times more likely to go to young firms, according to the Urban Institute.

Myriad operational improvements introduced by SBA since 2009 are bearing fruit. Reduced or eliminated fees and higher loan limits have helped spur lending, as have efforts to cut paperwork, automate processes and let banks use more of their own underwriting models to decision loans. Going forward, technology is the real fulcrum of SBA's modernization efforts. According to the SBA, the online lending platform SBA One in particular will reduce loan processing times for average SBA loans by 64%. This means that for some SBA products, processing times will fall from 100 business hours to a little over 24 business hours.

3. Higher capital requirements have pushed banks toward the SBA guarantee.

Under traditional commercial lending methods, a lender funds 100% of its loans and includes the loan in full in its risk-based asset calculations. However, banks fund 100% of SBA loans but include only the unguaranteed portion of the loan, which can run from 15% to 25%, in their calculations. That alone can dramatically improve a bank's capital ratios.

4. Secondary markets for small-business loans are heating up.

Secondary markets took a big hit during the financial crisis, with unit volume falling 40% in 2009, according to SBA data. But last year roughly 30% of 7(a) loans were sold on the secondary market, according to the SBA. This has helped lenders grow profits more rapidly while preserving strong capital ratios and a conservative balance sheet. It also provides quick returns for banks looking for fee income generation and incremental yield.. In fact, secondary markets are willing to pay average market premiums on guaranteed portions of SBA loans of 10%-15% of the loan's face value.

5. The SBA's other lending program is underutilized.

Strength in 7(a) volume is also due to weakness in the SBA's other flagship loan program, 504 loans. Lenders only minimally support this program. In 2014, for example, 56% of lenders made only one 504 loan, while 74% made two loans or less in that category. Rather, lenders are turning to the 7(a) program to make commercial real estate loans, which constitute 40% of all 7(a) volume -- precisely the kind of loans that 504 was created to support.

Given rising commercial real estate values and a looming rate hike by the Fed, Congress and lenders must grapple with the question of why 504 loans are underutilized.

Part of the reason is that 504 is a fixed-rate product. In a low-rate environment with a rate hike imminent, that's less attractive. But the crucial reason is that the economics of 504 loans are generally less favorable for banks.

Because banks cannot sell their 504 loans in secondary markets, they hold them on balance sheets, undermining capital ratios. We estimate that these economics produce a risk-adjusted return on capital of roughly 6% for a $1 million 504 loan, versus 41% for a similarly-sized 7(a) loan sold into the secondary market. Congress ought to insist that the private sector establish a secondary market for 504 loans, which would spur 504 loan volume and address liquidity and capital needsof community banks.

Absent SBA loan options, millions of small businesses would have little alternative but to max out personal and business credit cards or borrow at much more expensive rates with online alternative lenders, some of which carry interest rates reaching the triple digits. Further delays to raising the 7(a) lending limit risk removing a vital, low-cost lifeline upon which small businesses depend to finance expansion and hiring. Lawmakers ought to raise the 7(a) lending limit in short order.