More than a half a century ago, a young preacher called a generation to action and forever changed the course of history.

The Reverend Dr. Martin Luther King, Jr. devoted his life to justice and equality, sowing seeds of hope for a day when all people might claim "the riches of freedom and the security of justice." 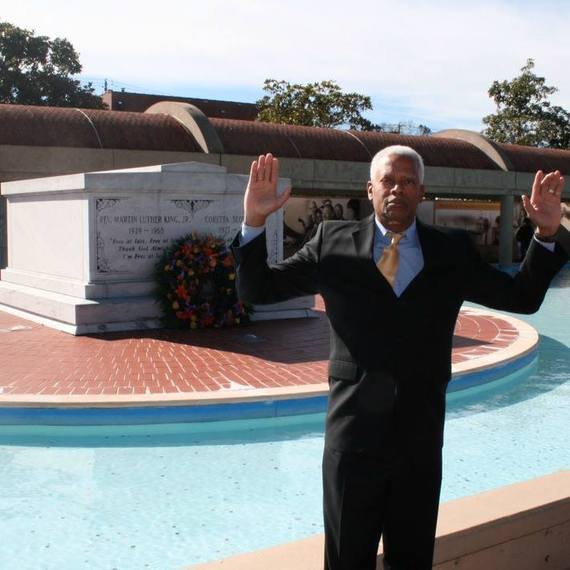 Dr. King led us toward a mountaintop on which all Americans--regardless of skin color--could live together in mutual respect and harmony. His fearless leadership and prophetic eloquence united people of all backgrounds in a noble quest for freedom and basic human rights.

We, who are the beneficiaries of Dr. King's legacy, must face our challenges with the same strength, persistence, and resolve embodied by the great Movement leaders -- Dr. King, Coretta Scott King, Rev. C. T. Vivian, Dr. Joseph Lowery and my friend and colleague, Congressman John Lewis.

That's why I'm standing on the shoulders of these giants by offering critical legislative solutions to some of our most pressing civil rights battles of today -- the militarization of our local police and reforming the broken grand jury system.

In the aftermath of police officers killing two unarmed black men in 2014 - Michael Brown in Ferguson, Missouri, and Eric Garner in Staten Island, New York - and the failure of secret grand juries to indict these officers - has spawned a new civil rights movement around how police treat communities of color and how justice is meted out for victims of police violence.

The "Hands Up, Don't Shoot" and "Black Lives Matter" movements find their voice in my bills: The Stop Militarizing Law Enforcement Act and The Grand Jury Reform Act.

Today, we would like to honor Dr. Martin Luther King, Jr.'s legacy and celebrate the achievements of the civil rights movement by turning our attention to the movement against police violence that is taking root in cities across the country.

It's also why today I'm announcing my #HandsUpChallenge.

Here's how it works: Think of the most iconic civil rights location within traveling distance. It doesn't have to be far! Most towns and cities have a place - a public park, a government office - that played a role in the civil rights marches and protests of the 1960s. Go there and snap a picture of yourself in the "hands-up" pose, then tweet @ReElectHank with the hashtag #handsupchallenge.

I took the challenge today in downtown Atlanta and posted it on Facebook - take a look HERE. Consider yourself challenged!