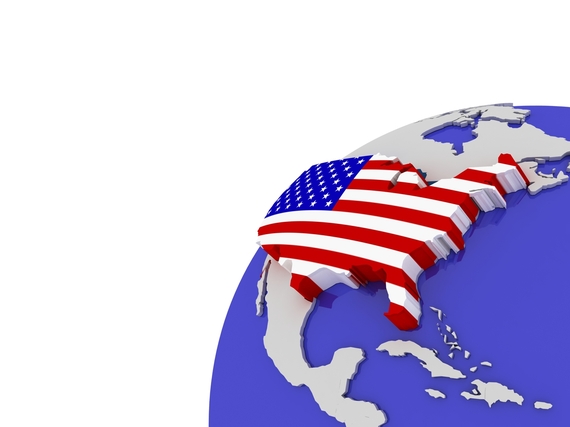 "Open your Bibles to the book of the Prophet Amos..." That sounds like a command from a Bible Class of old. Instead, it's a response to a column by a favorite of ours, William Galston, from the Wall Street Journal (Feb. 24). Quoting Amos may seem arcane and irrelevant, but it is clear and relevant, as it throws light on a perennial controversy, now rendered acute, in American life.

It has to do with the concept of "exceptionalism" as it applies to the United States. The reference is not to the fact that America embodies and exemplifies exceptional features. No, listen to the debates and you will see that it is designed to indicate that America is unique, superior to other nations.

Here is where Galston, with the Bible and Amos, comes in. He writes:

In the Bible, God warns his chosen people through the prophet Amos not to expect special treatment: 'To me, O Israelites, you are just like the Ethiopians, declares the Lord. True, I brought Israel up from the land of Egypt; but also the Philistines from Caphtor and the Arameans from Kir.' By the same token, no one is exempt from judgment -- or punishment. Israel surely was not.

That took most of the fun out of exceptionalism in the eighth century B.C.E. and really would zing American exceptionalists today. But Galston does not leave us in zingdom. Instead: "The Hebrew prophets are the classic examples of what the political theorist Michael Walzer calls 'connected criticism.' This is criticism from inside a tradition, not outside, moved not by malice but by special affection for the object of criticism."

MLK Jr. "appealed to Americans not to live up to others' standards, but to their own, set forth in the Declaration of Independence and nourished by the Bible."

Abraham Lincoln's "connected criticism" combined profoundly searching criticism of "our side" in the Civil War, but he connected that with a vision of America as "the last, best hope of earth."

Deliciously, on the subject of exceptionalism, which, if we listen closely, has become the modern working out of "chosenness," we are reminded of Abraham Lincoln's reference to Americans as God's "almost chosen people."

This is connected criticism. People who live with it really enjoy and love their tradition and people and country, but they also take on special burdens.

In a Jewish sort-of joke, we get to listen in on a praying Jew who is very much aware of judgment, responsibility, and suffering where there is failure, so he prays with a wink to God. Next time, he hopes, the Almighty, when looking for a people to choose, might look somewhere else for someone else.

Amos does not speak for a withdrawal of chosenness nor do Americans have to regard themselves merely negatively. He simply engages in "connected criticism" which sees that Israel and Egypt and Caphtor (whoever that is and wherever "he" is -- look him up! -- are all under judgment, but that is not the end of their stories.

If politicians, opinion-voicers, and citizens in general would get in the habit of insisting on criticism that looks "inside" as well as to others, we'd have a different and more promising discourse.

If the Amos class would come to order, we'd have an alternative to the disorder that now rules between factions, parties, faiths, and nations. Galston and Burke and King and Lincoln all were betting for versions of that in their own times.

Galston, William A. "Giuliani Aside, What Does Love of Country Mean? Criticizing the nation to help make it better and stronger is preferable to blind devotion." Wall Street Journal, February 24, 2015, Politics & Ideas.