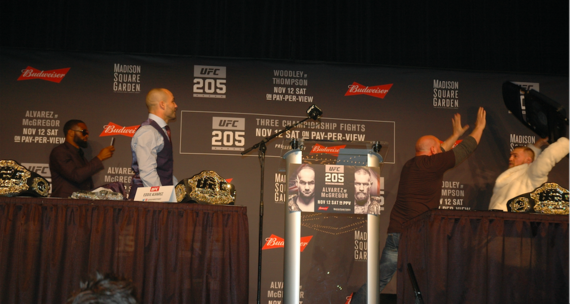 Alvarez, who stormed off stage during the early moments of the presser, goaded his opponent, slinging trash talk right back at the Irishman.

McGregor and Alvarez headline UFC 205, with welterweight champion Tyron Woodley attempting to defend his title for the first time against challenger Stephen Thompson in the co-main event, while Polish strawweight champion Joanna Jedrzejczyk goes for a fourth defense against countrywoman Karolina Kowalkiewicz. 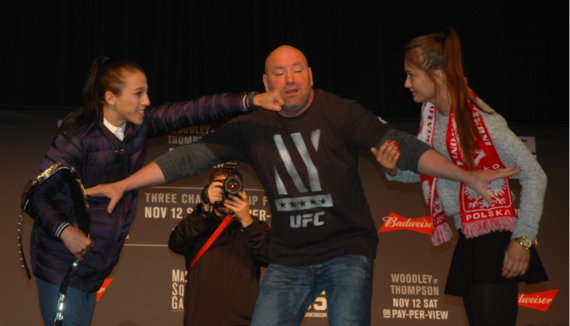 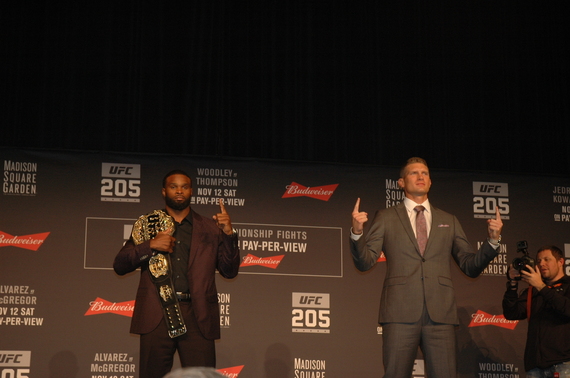