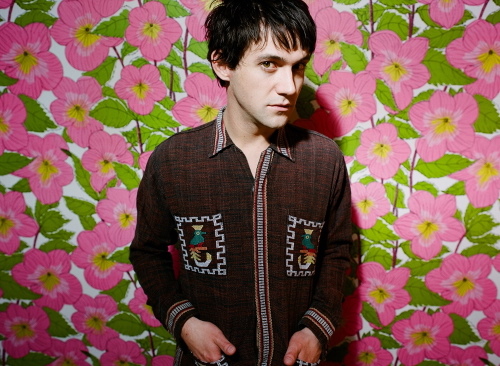 For a good while, music and politics was all about Bill and that saxophone.

Years after the Vietnam War uprising, after Dusty Springfield, "Blowin' in the Wind" and Marvin Gaye, after the time when dissent was a fertile chorus, the music slowed. Something was happening here, all right, but nothing was playing at the same volume.

And then it came back. It trickled in bit by bit, dissent by dissent, bar by bar. Bring them home, stop the war, impeach the president. They sang and we sang along. Then came Barack Obama--a particular man, at a particular place in time, whom has so enchanted and motivated such an eclectic and high-profile group of musicians: Bruce Springsteen, Arcade Fire, Dave Matthews, Eddie Vedder, even inspiring Bob Dylan to tell the Times Online that "[Barack's] redefining what a politician is."

One of Obama's most ardent supporters is Conor Oberst, the singer/songwriter best known for his band, Bright Eyes. If you haven't listened to a Bright Eyes record before, chances are you recognize Oberst from the day he played what was probably the most riveting and achingly honest "protest" song of the past few years, "When the President Talks to God" on The Tonight Show with Jay Leno. He swaggered on that stage, guitar in hand, a black cowboy hat tipped tongue-and-cheekily towards Crawford, Texas. It was with that song, and that performance, that permanently linked Oberst with a sense of activism and dissent.

But it didn't start there: Oberst has always been someone deeply passionate about participating in the political world, reflected not only in his lyrics but in dedication on both a public and personal level. His forthcoming album, Conor Oberst, gives a chance for him to explore different territory, at once apolitical and escapist while reflecting the perilous state of the country at large. It's time for change all around: this is his first solo release since his teenage years.

Recorded in Tepoztlán, Mexico with a crew of talented musicians and friends (Nik Freitas, Taylor Hollingsworth, Macey Taylor, Nate Walcott and Jason Boesel) who call themselves The Mystic Valley Band, "it's the most fun I've ever had making an album," Oberst says. They shacked up for two months in a makeshift studio in a town rich in myth, mysticism, and magic--the result should be an amalgam of all three.

While it's in foreign lands where Oberst finds inspiration, it's in Obama's campaign where he's found a new sense of hope. "I think that he is inspiring so many people and drawing in those that haven't even been involved in the political process before," Oberst told me on the phone from Omaha. He'd just gotten back from a week in the Black Hills, resting before he heads off to South America in July to start the tour. "And that's been translated into the world of entertainers and celebrities...Just the kind of reaction that he is getting has been amazing to watch and grow."

Nebraska is a historically red state. Because of that, do you try to be politically involved on a very local level there?

I try to be involved as much as I can. It's amazing--there is a chance this year, since Nebraska splits its electoral votes, that it can be a "purple" state, which would be hugely symbolic. People are working really hard out here: Susie Buffett is doing a whole voter registration initiative in the poorer parts of Omaha. Which would be quite a moral victory for all of us that grew up here and felt a little bit like misfits. I've always felt like a misfit--I've never actually voted anyone into office, and most people around our general age group who are democrats have never even had that feeling of actually voting for a winning candidate. So it's nice to see that there is still this sense of hope for Obama out there.

Yes--I really do think that he is visionary, he comes with an approach that is so broad as opposed to the Bush administration that is so tactile...there's no willingness to look outside and ask "what could the future be like?" It just resonates with everyone so well.

People are always looking back towards the Vietnam War and wondering, why can't we get together in the same way, when it comes to protest and music? But in a sense, it's happening now: just in a more positive sense.

It really is--that's what is so incredible about it, I mean obviously Obama is the focal point but I think it's bigger than him--it's just that everyone who has felt so disenfranchised the whole time of this administration, even people that at some point were aligned with Bush, older people or people in Nebraska, older friends of my dad, all these old time republicans are totally considering voting for Obama. They are scrambling: what are we doing? What do we believe in? You had to bottom out; it had to get bad enough before people realize what's going on. Obviously I wished that Kerry would have won but in a sense I think to have Obama be in the position he is now, we had to have eight years of basically a nightmare.

I asked Mac McCaughan, co-founder of Merge records (the label that will be releasing Oberst's solo album) about the role of politics in music, particularly in this election. McCaughan and his band, Superchunk, along with Arcade Fire, played a series of Obama Early Vote Rallies around North Carolina (another state that went to Bush in both the 2000 and 2004 elections). "I think artists in general are drawn to activism, or at least have powerful ways of expressing perhaps what a lot of people are feeling," he says.

"The thing about Obama is that he actually makes you feel like things could change -- not just who the President is, but the way things are done in DC, change the game for real. This is a frightening feeling frankly -- to actually be emotionally involved in a political campaign -- because I know what I felt like the day after the last two elections, and I don't want to think about what the world will look like should Obama not win the office."

Were politics a factor in bringing Oberst onboard to the Merge team? "Well, I thought just the fact that he went on TV and that was the song he did ["When the President Talks to God"], on a show as lame as Leno, was pretty wild. But the only factor we really consider when we're working with bands is, do we like their music and can we work with them as people," said McCaughan.

It may have been "wild," it wasn't always easy. While Oberst isn't afraid to express his hope and positivity for a better future, nor is he shy to discuss his political views, he acknowledges that releasing such a song changed a certain perception of him, for better or for worse.

What were the ripple effects of releasing "When the President Talks to God"?

I don't even know how much of a song it is--it's more like a commercial to a point of view. I wrote it right after the 2004 election and it was a pretty desperate and angry time. I really thought Kerry was going to win and it was a really deep shock when Bush got re-elected.

I guess there was a certain group of my fan base, certain people who after I played it on TV really wanted that to be the entirety of what I was about as a person, entertainer, whatever. And that was just obviously something I couldn't do and didn't want to do. I don't really premeditate what I write my songs about, you know they just kind of happen, and I can't start writing songs to please a certain group of people or propagate a certain message all the time , that's just not how my songwriting works--it just sort of comes out and the songs are what they are. Do people try to read political messages into your songs, or try to figure out what the lyrics mean or if they reflect your personal life?

It's very strange when people get so focused on what a song means, what actual events inspired a song. That gets people really excited for some reason...But that's what's great about music--however people interpret it, whatever they see, is what I want to be there for them. I don't think my ideas or interpretation of a song is necessarily the night one. I want it to be open to everyone, and that's kind of the conclusion I have come to after the years. There was a time when I was more concerned with people understanding what I was talking about, getting my specific notion to be understood. Now I'm happy with it being up for interpretation.

Are you ever hesitant about being involved in anything political because of your past experiences or interpretations?

Well, I think that all the little inconveniences or annoyances are nothing compared to the way I feel about Obama's campaign and the hope I truly feel now. It's been said a lot but it's really true, that the biggest difference now is that we all are voting and being for something rather than against it. The whole thing in 2004 was all against Bush--it was all in reference to what Bush was doing. There was no thinking outside the box or in a broader way, and that's what Obama is all about. It's amazing to see someone that is thinking in a way that transcends our kind of politics--the greatest thing about America is that we can reinvent ourselves and become better than what we were before. I think that he really represents that.

So is Conor Oberst about reinvention, too? "There's a lot of optimism in changing scenery, in seeing what's down the road," he says. He could be talking about Obama, his record, or life as an artist in a world of turmoil on the edge of hope. And maybe it doesn't really matter which.

Conor Oberst will be released on August 5th on Merge Records--listen to some preview songs here. Catch him on tour beginning in July.