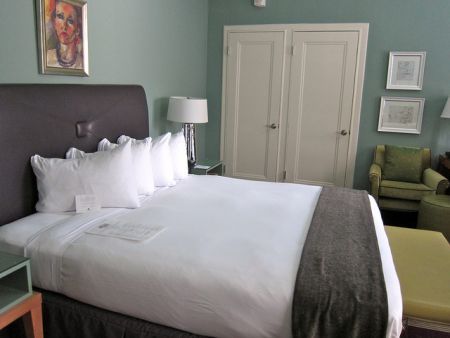 In 2012, the U.S. Travel Association reported that 18 percent of leisure travelers in the U.S. used a travel website, social media platform or mobile device to plan their trip. Two years later, that number is undoubtedly even higher. While booking online or through a mobile device is certainly easy, sorting through the vast number of sites and smartphone apps can be overwhelming.

There are a host of new websites and apps that cater to a variety of traveler needs -- whether it's saving on room rates, ensuring credit with loyalty programs or adding on luxury services to an existing reservation. These tools can be beneficial, but only if you know which ones to use and when.

See: How to Save Money on Your Next Hotel Stay

Hotels on the cheap
The biggest category of new online booking services are those promising rock-bottom rates for rooms that would otherwise go unbooked. You can choose from sites that work with major hotel chains or those that hone in on boutique inns and independent bed-and-breakfasts.

Launched this year, SecretEscapes.com is similar to Groupon, but it specializes in deals at four- and five-star hotels around the world. The free service, which requires that you sign up by email, has 40 different "flash sales" running at any given time with discounts up to 70 percent. Most sales are available to book for up to 10 days, and prices during the sale are guaranteed to be the lowest on the Internet. They do charge a small booking fee of $20 for transactions of $350 or above (bookings that are less $99 do not incur additional fees).

If you prefer to stay in a more intimate hotel setting, Stayful.com may be the tool for you. Stayful (also free for users) allows you to bid on boutique hotels or independently-owned properties in a process similar to Priceline. Users can also use the site's "book it now" feature to secure a room at the best rate available online. The company works with 1,000 different hotels in 10 cities across the U.S. and allows guests to book up to one month in advance, promising up to 32 percent in savings.

Marguerite, a Stayful user in New York City, said she used the site recently when looking for an upscale hotel in Boston with just a week's notice. "I didn't have much time to do research on premium hotels in the area and a friend told me about Stayful," she said. "I was impressed with the rates Stayful suggested," which she noted were lower than Expedia, Kayak and Hotels.com.

See: 5 New Travel Apps That Will Save You Money

Hotels in a hurry
A variety of apps and websites cater to the "last-minute" traveler. One of the most popular is Hotel Tonight, an app that lets you book day-of hotel rooms for reduced rates. Partnering with more than 10,000 properties they have personally vetted, the company says it takes less than 10 seconds -- or three taps on a smartphone -- to book a room. You can begin viewing each day's deals at 9 a.m. The app also allows you to see which hotel you're booking, so you're not flying blind.

Hal Bringman, an entrepreneur and digital media consultant, uses the app frequently for business travel. "I was contemplating a last-minute trip to New York City for business... but the app informed me it was Fashion Week, which was very useful in understanding why inventory was tight and saved me time in making a decision about delaying the trip," he said. Bringman recommended users check the app several times a day as inventory -- and pricing -- fluctuates.

LastMinuteTravel.com is a competing service that just launched an app. They note that the biggest bargain on their site is a portfolio of more than 16,000 Undercover Hotels in 2,500 cities worldwide. But there's a catch -- you must be willing to book the stay without knowing which hotel you're staying at. And unlike Hotel Tonight, Last Minute Travel dabbles in more than just hotel bookings -- users can also make reservations for attractions, vacation homes, flights and car rentals.

Another option is Roomer, a website with a newly-released app that connects travelers who can no longer use a nonrefundable hotel room with those looking for a quick turnaround deal. They describe themselves as the StubHub of the hotel industry, because individuals post the rooms to the site themselves and negotiate directly with other users.

See: Deal or No Deal: Weighing the Costs and Benefits of Hotel Loyalty Programs

Pile on the perks
With just five taps on your smartphone screen, Virgo -- a new iOS app -- promises to add "perks" to your reservation and streamline the booking process. Virgo founders say they discovered that price was just one of many factors for consumers planning travel, so they focused on value-added benefits and reducing the hassle of online booking.

Right now, a one-year, $99 membership gets those flying in and out of San Francisco area airports complimentary black car service with every hotel reservation made through the app. While this may only appeal to a select number of travelers, the company said more cities will be added soon. It's also designed for those who already know which hotel they want to stay in, so there's no need to sort through long lists of properties. Virgo said rates are equal to or less than prices available throughout the web.

For perks that don't come with a price tag, consider Hotelied.com. This relatively new site, which operates similarly to Klout, offers luxury hotel rewards for social status. Users create a profile on the site connecting their frequent flier, hotel loyalty and social media accounts and then receive tailored, discounted rates at various properties based on their profiles. While this can be appealing to social media mavens, travelers who don't have an established online presence may not see the benefit.

Earn your rewards
Many hotel booking programs that sell rooms at a steep discount don't allow you to earn airline miles or loyalty points. PointsHound, however, a hotel booking site launched in 2013, lets you collect hotel rewards points and frequent flier miles -- often above what you'd normally earn -- when you book through its website. The more nights you book on the site, the higher your "earn rate." They work with 150,000 hotels worldwide and more than 10 different airline frequent flier programs.

Many of these online services may get you a better deal or added value, but you often sacrifice the ability to make special requests, such as bed type or floor preference. Wandealust, a website that curates travel deals, coupons and discount codes, has a new free service on select hotel reservations that confirms your reservation details and submits your preferences to the hotel for you. To use the online ENVOY booking assurance service, click on a deal on the site that is "ENVOY eligible" and then submit a request to Wandealust with your hotel confirmation and preferences.

While this is far from a comprehensive list of the Internet's hotel booking tools, it's a starting point. If you come across a travel booking site you've never heard of, how can you know if it's safe and credible?

"Much of our business comes from referrals of others [who] have used our service -- so ask your friends," advised Bob Diener, CEO of Getaroom.com. Checking the Better Business Bureau rating is a good idea and, of course, read all the fine print, looking for additional fees, cancellation policies and more, before you finalize your reservation.