Michael Jackson's personal physician was sentenced to 4 years imprisonment in an L.A. County jail on Tuesday, capping a more than two-year legal journey investigating the King of Pop's death.

Conrad Murray, 58, stood stone-faced as Los Angeles Superior Court Judge Michael Pastor declared him an unfit candidate for probation and pronounced the sentence for involuntary manslaughter in Jackson's 2009 death, citing Murray's involvement in what the judge called a "cycle of horrible medicine."

"He has absolutely no sense of remorse," the judge said. "[Murray] is and remains dangerous. ... I think Dr. Murray is so reckless that I believe he is a danger to the community."

Pastor said the court will order Dr. Murray to pay restitution to Jackson's estate and children in an amount to be determined at a later restitution hearing when they can get more detailed information. Pastor also ordered $800 in restitution to the court, a $30 court security fee, and a $40 criminal conviction assessment.

"We know that Michael Jackson, as a direct result of the actions of Dr. Murray died on June 25, 2009, leaving his three children without their father," Los Angeles Deputy District Attorney David Walgren said during the proceedings. "It is the people's opinion that prison is warranted."

"As his brothers and sisters we will never be able to hold, laugh or perform with our brother Michael," said spokesman Brian Panish, delivering a collective statement from the Jackson family. "As his children we will grow up without a father, our best friend, our playmate and our dad. We are not here to seek revenge. There is nothing you can do today that will bring Michael back. But we will keep the love in our hearts that Michael embodied throughout his life. His passion was for unifying the world through the gift of his artistry. We respectfully request that you impose a sentence that reminds physicians that they cannot sell their services to the highest bidder and cast aside their Hippocratic Oath to do no harm. As we all know from this tragedy doing so can have devastating results."

Defense attorney Edward Chernoff told the court Murray grew up dirt poor in the Caribbean, made his way to U.S. and put himself through college and medical school, saying, "That's exactly what we want our neighbors and citizens to aspire to."

"For 14 years he prepared for a life as a doctor. All he is is a doctor and now that's gone. It's his fault. I'm not saying it's not but it is gone and if punishment is the point. If what you are really trying to determine is punishment as opposed to vengeance should that be taken into consideration at all? Dr. Murray, whether he is a barista for the rest of his life or a greeter at Walmart he still going to be the man that killed Michael Jackson. That's really who he is now. He's not a doctor. That's who he is," Chernoff said.

But Judge Pastor remained focused on the charges at hand and the doctor's "medicine madness" when handing down the sentencing decision. "Some may feel this was a medical malpractice case. It wasn't. It was and is a criminal homicide case," he said. "Michael Jackson died not because of an isolated, one-off occurrence or incident. He died because of a totality of circumstances which are directly attributable to Dr. Murray."

The California Department of Corrections will decide whether Murray will spend his time in a 23-hour lockdown cell or in the general jail population.

Jackson died at his home in the Holmby Hills neighborhood of Los Angeles on June 25, 2009. The legendary entertainer was preparing for a series of 50 shows in London for a career comeback tour entitled "This Is It" when he went into cardiac arrest.

According to the Los Angeles County coroner, Jackson's death was caused by "acute propofol intoxication" in combination with the use of two anti-anxiety benzodiazepines: lorazepam and midazolam.

During Murray's six-week trial, the prosecution insisted that Jackson's $150,000-a-month private doctor behaved recklessly by using a surgical anesthetic to treat Jackson's insomnia and was therefore criminally negligent in the performer's death.

Murray acknowledged giving the 50-year-old singer propofol as a sleep aid but denied any wrongdoing and pleaded not guilty to involuntary manslaughter.

Murray's defense counsel contended Jackson was so desperate for sleep that he administered the fatal doses of propofol and sedatives to himself when Murray was not watching.

"When Dr. Murray left the room, Michael Jackson self-administered a dose of propofol that, with the lorazepam, created a perfect storm in his body that killed him instantly," Chernoff, said during the trial.

Prosecutors said it made no difference who administered the drugs since it was Murray who brought them into the bedroom and, in the defense's scenario, left Jackson alone with them.

The jury of seven men and five women sat through 22 days of testimony from Jackson's employees, paramedics, doctors, investigators, medical experts and a number of Murray's girlfriends and patients. The jury deliberated for more than eight hours over two days before concluding that the evidence was sufficient beyond any reasonable doubt that Murray caused the singer's death.

Murray declined to testify during his trial and showed no emotion when the guilty verdict was read.

Murray's mother, Milta Rush, sent a letter to Judge Pastor prior to today's sentencing, speaking of her son's fine qualities and begging for mercy.

"He has never been in trouble with the law before and I am barely standing, scared and worried sick about him being incarcerated ... He never drank alcohol, took drugs or smoked cigarettes in his life," Rush wrote in the letter -- a copy of which was obtained by TMZ.

Rush added, "I sympathize with Mrs. Jackson as a mother; I feel her pain for having lost her son. I sense she was very close to her son. I really wanted to approach her personally and tell her I am sorry for the loss of her son but I was unsure if she would be receptive, and I did not want to take the chance of violating the courts rules. I am sorry for her loss." 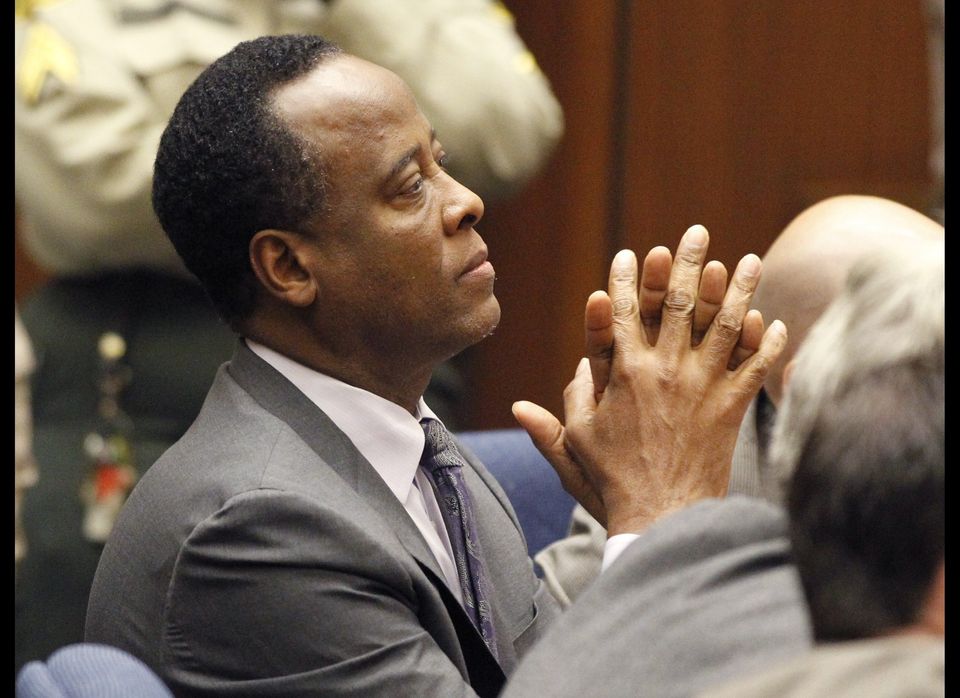