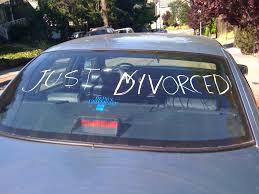 The other day I was interviewed by a reporter asking my opinion about a program soon-to-be-divorced actress Gwyneth Paltrow participated in called "Conscious Uncoupling." This program is designed to "release the trauma of a breakup, reclaim your power and reinvent your life."

Among other things, it supposedly helps couples understand and honor what was good about their lives together, and then let go... together.

Give me a break.

I know some marriages will end in divorce and that said, they should be as collaborative as possible, especially when children are involved.

But how many couples do you know who have "good divorces?" Even those with the best of intentions often find themselves struggling as time passes.

Divorce is not an easy process, no matter how you slice it.

Plus, here's the biggest fallacy of all: Most of the divorces that happen in our country are based on unilateral decisions -- one person wants it and the other desperately does not.

It's hard to imagine a heartbroken person being a willing participant in a consciousness-building program that both honors the marriage and destroys it at the same time.

Furthermore, even if people participate in a program that offers them insight about their marriage and years past, how exactly does that benefit children who will end up being shuffled around from one enlightened home to another?

Research indicates that even when parents do better as a result of divorce, there doesn't seem to be a trickle down effect for children as one would hope.

Except in extremely dysfunctional marriages (where there is violence, chronic infidelity and substance abuse), research also tells us that kids do better when their parents work out their differences and stay together.

The developer of the program "Conscious Uncoupling" suggests that marriage should be about personal growth, and when that no longer happens, the couples' work together is done.

Hello? What planet am I from?

Marriage isn't about personal growth, although you will hopefully learn and grow while you're in it. It's about a lot of things. One of the primary things marriage is about is learning relationship skills, how to have a loving, harmonious, lasting marriage.

You can evolve personally on a mountainside, alone. But to be in a marriage, you have to learn how to share, give, love and collaborate.

Oh yes, and one final thing... Here's a quote from Gywneth Paltrow as she announced her decision to divorce:

"We are, however, and always will be a family, and in many ways we are closer than we have ever been."

No, Gynwneth, you will not always be a family. Divorce ends marriages and dissolves families.

And if you're closer than you've ever been, for God's sake, why not get some good help and make your marriage work and keep your sweet family together?