A new video campaign uses stick figures, a little profanity and tea -- yes, tea -- to make the simple but essential point that consent is not a complicated concept.

The video is a collaboration between Blue Seat Studios and blogger Rockstar Dinosaur Pirate Princess, who wrote about the topic in a March post called "Consent: Not actually that complicated."

Sexual assault continues to be a major issue on college campuses and elsewhere in the nation. The U.S. Department of Justice released a survey last year that reaffirmed that women ages 18 to 24 are the demographic most likely to experience sexual violence. Most of the time it's at the hands of someone they know. The report also found that rape and sexual assaults of college students were more likely to go unreported than assaults on nonstudents.

As The Huffington Post has previously reported, the frequently cited statistic that 1 in 5 college women will experience sexual assault can be controversial, but the issue isn't about numbers, it's about victims. While the statistic might help explain why a lawmaker is focusing on sexual assault, the reason this type of violence became such a hot-button issue in recent years is because students started speaking out about how their schools were handling sexual assault -- noting things like soft punishments, administrators discouraging victims from filing police reports and fraternities making rape jokes.

So even though Rockstar Dinosaur Pirate Princess admits that the analogy is simplistic, the issue of consent is one that we need to keep talking about, because "of COURSE you wouldn’t pour tea down the throat of an unconscious person."

"Whether it’s tea or sex, Consent Is Everything," she writes.

Want to share this video without the f-bombs? You can find a clean version of the clip here.

PHOTO GALLERY
9 Times P!nk Proved That Every Woman Should Be Able To Define Herself

This Video About Tea Will Make You Ask The Right Questions About Consent
9 Times P!nk Proved That Every Woman Should Be Able To Define Herself 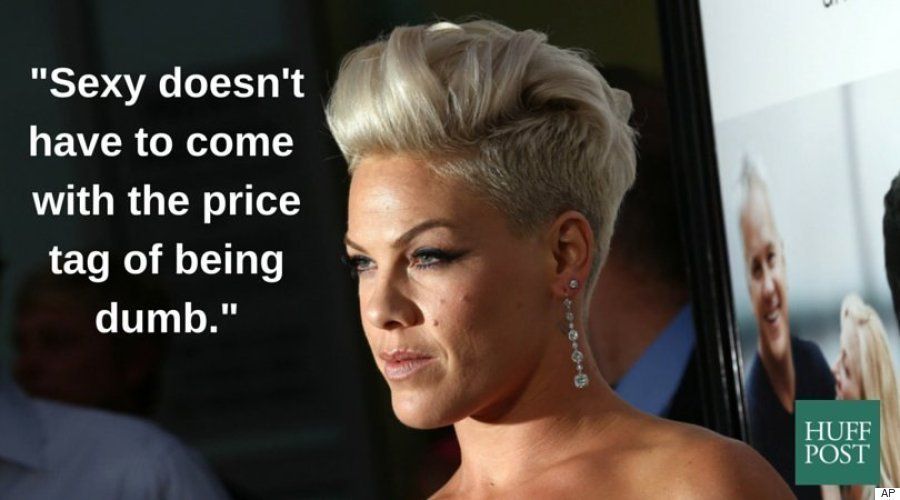