Matumbo Yembe, 44, like so many Zambians, lives off the radar.

Her right leg withered and weak, Matumbo was crippled as a child from polio and moves around with the help of a stick. She has scratched out a living doing whatever piecemeal work she could to get by. Because she lives alone and has little or no social connections, Matumbo never benefited from any aid programs -- that is until she was introduced to conservation agriculture.

Over the past few years, I have witnessed a transformation. With support from Concern Worldwide, Matumbo is now growing her own food and inching her way out of poverty. What impresses me about her is that so many people in her position -- alone, disabled, and poor -- would lose all hope and fade away. But Matumbo, as my old football coach used to say, has “no quit in her.” Every time I visit her, there is not a single weed to be seen, and the crops are perfect. She is remarkable, and I continue to be amazed by how the techniques of what we call “conservation agriculture” can be such a catalyst for people to lift themselves out of extreme poverty.

Growing anything in western Zambia is like trying to farm on a beach. Situated on a Wisconsin-sized drift of Kalahari sand, the ground in western Zambia is notoriously unfertile and dry. Conventional tillage agriculture ploughs everything to the same depth to grow one crop (like corn), gradually stripping the soil of nutrients and moisture. When rainfall is poor, like this year, more than 55 percent of conventional crops fail. This can mean that more than half of what the average farmer plants will yield absolutely nothing. For the poorest farmers, it can mean total crop failure, forcing them to work for food just to survive another day.

In western Zambia specifically, we train farmers to dig small holes equal distance apart across their fields and fill them with either a handful of manure, compost, or green tree leaves. When the first planting rains come in mid-November, the organic matter acts like a sponge, holding water and nutrients that can nurture a young plant as it grows even in dry weather. We also encourage farmers to apply a layer of mulch (grass or leaves) on the soil to reduce runoff from heavy rainfall, prevent evaporation, and protect the surface from excessive heat, which kills beneficial bacteria.

With these techniques, I’ve seen farmers harvest a decent yield from fields that were abandoned because nothing grew on them. Farmers who follow the conservation agriculture principles are now more assured that they will at least get some food from their land and fend off hunger. Many have expanded their production through conservation agriculture, giving them a surplus to sell, send their children to school and meet other family needs.

A common pitfall with conservation agriculture is the temptation for organizations to get too wrapped up in following the techniques to the letter. While conservation agriculture looks good on paper, farmers are limited in labor and time to adopt certain techniques, like starting to plant on an exact date. They also have a wealth of local knowledge that, when harnessed and used in a systematic way, can yield even greater results.

For example, in western Zambia, farmers started using a local shrub, isunde as they call it here, as a natural fertilizer because it supplies nitrogen and naturally restores soil fertility. We later identified the plant as Baphia massaiensis, a discovery that we would not have found had the farmers not experimented with it on their own.

Another benefit of conservation agriculture is that it is sustainable. It’s about honoring and using what already exists. The more agricultural land we can keep productive, the fewer forests are axed down to carve out room for new plots. Farmers no longer have to buy expensive chemical fertilizers, and instead use natural resources that are completely free.

If we continue to invest in conservation agriculture, we will move the needle on hunger in Zambia. I saw the devastating effects of hunger firsthand as a Peace Corps volunteer in Zambia, and later as a field researcher. Hunger is a real and terrible evil. If we can empower farmers in western Zambia to beat hunger, we are solving one of the greatest social injustices of our time.

It starts with Matumbo. 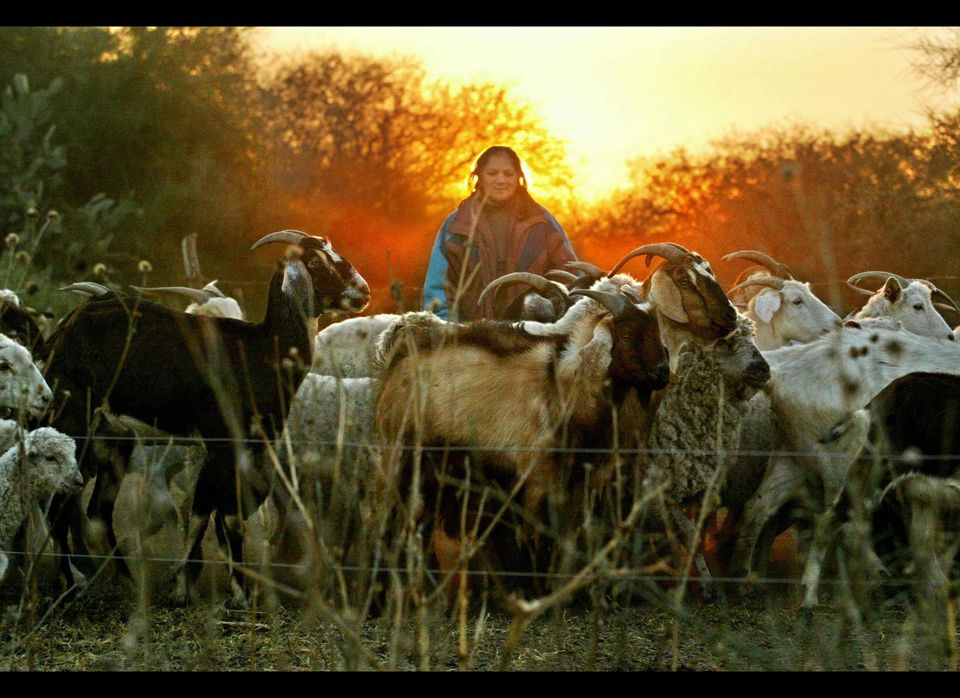