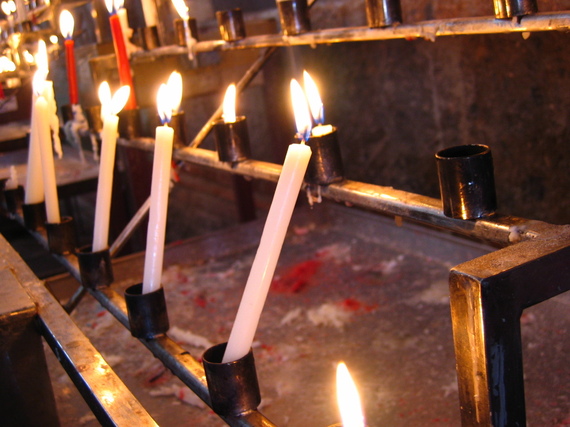 Ladies and gents, "conservative ako" ("I'm a conservative") isn't a self-compliment. Au contraire, branding yourself a "conservative" is an insult to self. Let me tell you why.

Conservatism isn't about the amount of fabric that we wear (or don't wear) to cover ourselves nor is merely the other end of the continuum that gauges our attitudes toward sex and sexuality.

In its broadest sense, conservatism--whether social, political or economic--is an ideology that promotes the preservation of traditional values, which signifies a resistance to change. Conservatism is the "maintenance of status quo" and refusal to accept change. Refusing change conveys, in most cases, the rejection of progressive science and education, and focusing on and succumbing to, in the context of Philippine history and tradition, the interpretation of the Christian Bible and our caciquist culture (which is practically the essence of our infamous patronage politics) rather than accepting modern discoveries that may gainsay traditional beliefs.

Calling yourself an advocate of resistance to progress and science is never a compliment. And while quantum mechanics may argue that progress is relative because time is nonlinear, I'm just going to be pragmatic and say that man qua man, our limited ability to perceive other quantum dimensions only permits us to see time as linear, and therefore social progress may be interpreted as the amelioration of economic prosperity, quality of life, justice and equality in a society over time. And if you call yourself a conservative, it means you're against this kind of progress.

Conservatism is the refusal to grow up and deal with the world in informed terms. Conservatism is giving in to the reign of social stratification and inequality. If you're female and you see yourself as a conservative, then you're anti-female because traditional Christian values are anti-female.

The perils of conservatism

Conservatism is why despite being endowed with abundant natural resources, the Philippines is still dirt poor and why your breakfast this morning is so small you almost couldn't even find it. This country is so poor we make Russia look like a paradise where dreams come true and angels eat turkey.

Conservatism is why the Philippines is among the only nine countries in the world with increasing number of HIV cases and why women from all over the country die every day due to complications of illegal abortion.

Conservatism is why we have a swelling rate of abuse of women and children and why helpless kids are traumatized by their parents' violent relationships because the Philippine society won't give these couples a second shot at happiness. And for what? A bullshit Catholic stuff called "sanctity of marriage."

Conservatism is why women are objectified and valued based on the arbitrary presence of a thin membrane in their vagina and why men are prone to suicide because the traditional idea of masculinity ridicules them for wearing their heart on their sleeve.

Conservatism is why you spend a significant amount of your valuable time wedged in EDSA every day due to heavy traffic or why riding the MRT during rush hour is practically a suicidal act.

Conservatism is why despite our huge reservoir of talent and ingenuity, our arts and culture continue to wither and our genius artists are either starving or have perished in obscurity.

Conservatism is why your Internet connection won't let you respond to your crush's Twitter DMs because it moves at a glacial pace or why our service providers have accomplished nothing but serve us shitty yet expensive products and services.

Conservatism is why we have ISIS and violent religious extremism. Conservatism is why some religious people rally along our major roads for reasons and causes they themselves cannot even begin to comprehend, and why these poor beings allow themselves be exploited by their vile leaders as "human shields" for their criminal liabilities.

Conservatism is why there's war in Syria and why asylum seekers from war-torn lands are denied access to refuge. Conservatism is why religion and basketball are a Filipino's only refuge in forlorn times, and why we never cultivated a culture of perseverance and fortitude.

Conservatism is what remains when you cast off your ideals and principles; when you stop dreaming of a better world and would only see reality as it is. Conservatism is a spit in the face of those visionaries who fought so brave and hard for the many basic rights you enjoy today because of their indestructible idealism. But conservatism? Conservatism never seeks to change the world.

Heraclitus once said that we cannot step in the same river twice. Conservatives are those who refuse to take their feet off the water despite the sight of a swarm of piranhas racing towards them.