He barks and snaps like a rabid pitbull, spewing his venomous hate-speak towards everyone from gays and blacks to immigrants and liberals. His shrill, vitriolic diatribes suggest a serious anger-management problem. Thankfully relegated to the low-ratings, low-significance Sirius Satellite Radio, he is nonetheless, with the exception of the moronic blabbermouth Mike Church, the most narrow-minded, racist, homophobic, xenophobic, sexist buffoon on the airwaves. 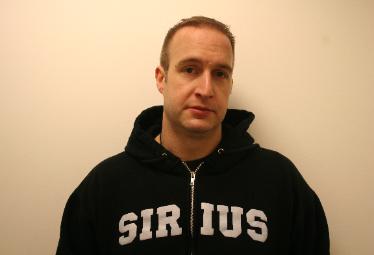 This is a guy who, on the day Sen. Chris Dodd announced his prostate cancer, said of the Connecticut Democrat: "I'm starting to think the prostate cancer is from spending a little too much time with Barney Frank." What are you, 15, Wilkow? So you're implying that Dodd and Frank have gay sex, and that's why Dodd's been stricken with prostate cancer? Not only is this an utterly ignorant thing to say, it's a colossal insult to the gay Massachusetts Congressman, and towards Dodd it's cruel, crude, insensitive and highly juvenile, especially for someone who spends half his airtime criticizing "snarky" liberals. Your hypocrisy knows no bounds.

Regarding another top liberal suffering from a typically deadly illness -- Sen. Ted Kennedy, who's inflicted with brain cancer -- Wilkow's been railing for weeks now about how much money is being "wasted" in an attempt to save the Massachusetts liberal: "Why throw more money down that rat hole." How about showing a little compassion, Andrew?

Wilkow often talks about his dad, who's suffering from cancer himself, and having lost a father to cancer, I sympathize and sincerely wish them both the best. Yet when it comes to liberals suffering from this dreaded disease, Wilkow appears to have ice running through his veins and is devoid of heart.

Last Friday, in another classic asinine Wilkow diatribe, he wondered how easy it would be to take on Democrats even while inebriated: "Maybe I should drink and see if I can debate liberals. Just dumb myself down." Well, you can't get any lower on the dumb scale, Wilkow. And, as I have done twice with you when guesting on your program, debating you -- drunk, sober or even comatose -- is like taking candy from a baby.