The University of Illinois at Chicago's Jane Addams Hull-House Museum on Friday opens a new, off-site exhibit exploring the history and impact of the Conservative Vice Lords, one of the city's most well-known gangs.

And that history is, perhaps, a surprising one, according to Lisa Junkin, the museum's education coordinator and exhibit co-curator. Though the gang's predecessor (the Vice Lords) was a notoriously violent group, the '60s-era CVL were incorporated as a non-profit organization engaged in the civic life. Nevertheless, CVL members were targeted by police during the city's "war on gangs."

"Rather, it challenges widely held views of gang members as unredeemable thugs through an untold story of the Conservative Vice Lords fighting for the life of their community," she said in a release announcing the exhibit.

John Kass addressed the exhibit in his Friday Chicago Tribune column. He described it as "not the glossy history of the smooth and polished Chicago. It is the other part of history, Chicago hiding her hands with those broken knuckles."

The exhibit -- titled "Report to the Public: An Untold History of the Conservative Vice Lords" -- will open Friday, June 22, at Art In These Times, 2040 N. Milwaukee Ave. The opening event will be held from 5:30-8 p.m. Admission is free and the exhibit will run through Dec. 31.

Exhibit panels will also be on display in businesses, vacant lots and other spaces throughout the North Lawndale neighborhood.

All photos courtesy Bobby Gore, via the Hull-House Museum. 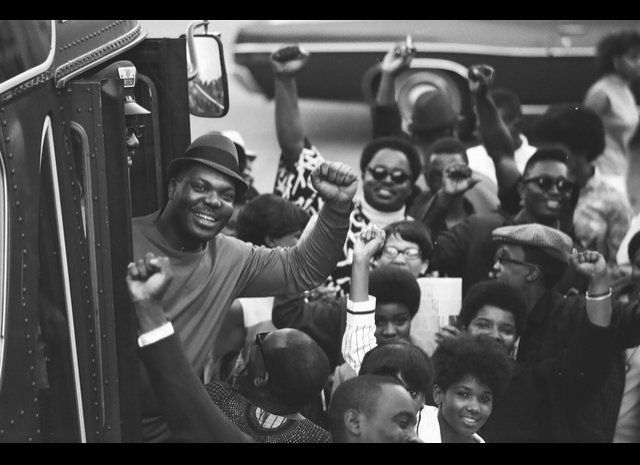