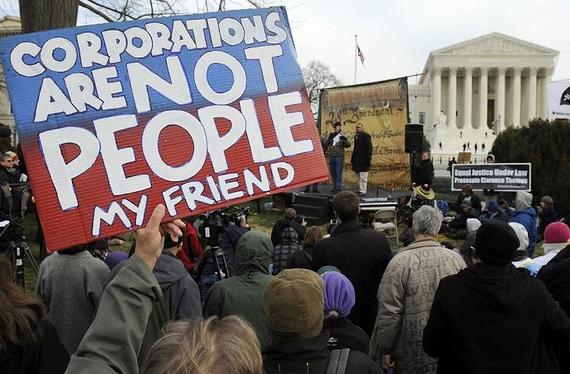 According to the recent Mother Jones article titled, Supreme Court Broadens Hobby Lobby Ruling to All Forms of Birth Control, "the Supremes ordered lower courts to rehear any cases where companies had sought to deny coverage for any type of contraception, not just the specific types Hobby Lobby was opposed to." As the article states pertaining to Hobby Lobby and its choice of picking one healthcare option over another, the company views good contraceptives from bad ones in the following manner:

The Affordable Care Act had listed 20 forms of contraception that had to be covered as preventive services. But Hobby Lobby, a craft supply chain, claimed that Plan B, Ella, and two types of IUD were abortifacients that violated the owners' religious principles. The science was against Hobby Lobby--these contraceptives do not prevent implantation of a fertilized egg and are not considered abortifacients in the medical world--but the conservative majority bought Hobby Lobby's argument that it should be exempted from the law.

Therefore, although critics might say "Hobby Lobby does provide birth control, check your facts," it doesn't provide birth control options that millions of women utilize every day. Also, while religious values and faith should be respected for the positive things it brings to the lives of people, one can't simply say "I won't fund your heart medication if you eat foods I'm forbidden to eat." Religions and religious doctrine vary, and when a company denies certain forms of birth control and not others, it isn't providing full healthcare and is not providing birth control to employees who need or require IUD's, or Pan B, or other contraceptives.

Sorry, one's religion can't dictate another person's healthcare options. As for the Court's ruling, it ignores research from the CDC and other scientific organizations.

There are certain statistics that transcend politics, religion, and culture. When discussing the use of birth control in the U.S., it's important to concede one obvious fact: Americans have sex and use birth control, even conservatives. According to the Center for Disease Control's Use of Contraception in the United States 1982-2008, almost every single woman in the country within the ages of 15-44 (who has had sex with a male) has used a form of contraception:

More than 99% of women 15-44 years of age who have ever had sexual
intercourse with a male (referred to as ''sexually experienced women'') have
used at least one contraceptive method...

Looking at contraceptive use in the month of interview, or current use, the
leading method of contraception in the United States during 2006-2008 was
the oral contraceptive pill, used by 10.7 million women;

...While contraceptive use is virtually universal in the United States, women
with different characteristics make different choices of methods--for
example, college educated women are much more likely to use the pill and
less likely to use female sterilization than less educated women. Age, parity,
marital status, and income are also closely related to the choice of method.
These method choices are related to the risk of unintended pregnancy in
these groups.

Those in the GOP currently rejoicing over the Supreme Court's Hobby Lobby ruling should take a moment and read this Center for Disease Control report. Unlike religious voters who prefer not to fund another person's sexual habits, the truth is that, "contraceptive use is virtually universal in the United States." Since nobody can ever accuse the CDC of being a liberal think tank, the fact it states "more than 99% of women 15-44 years of age" utilize contraception (at least one method) should be an alarming statistic to conservatives.

Why should Republicans care about the 99% of women who are sexually active? The reason is that contrary to the puritanical notion that only non-religious liberals engage in sexual activity, the truth is that conservative women have sex, and when they do, the CDC states that statistically, they too utilize some form of birth control. It's hard to imagine that all the female conservatives who agree with the Hobby Lobby ruling fall within the 1% of women who are sexually active and have never used a form of contraception.

Even religious people who normally vote Republican engage in premarital sex (yes, it's true) and they too will be hurt by the recent Supreme Court ruling. According to a Psychology Today article titled The Human Beast by Niglel Barber Ph.D., even those who claim to know what God is thinking often engage in their human impulses:

On the surface, major religions discourage primal impulses. They speak out against violence-- and unbridled sexuality. Despite prohibiting homicides, religious societies can be quite violent and warlike. Are they any better at controlling sexual impulses?

... The basic problem is familiar to research psychologists. Tell someone not to think about a white bear and they cannot do it (the white bear effect). The image of a white bear haunts their consciousness.

Really cracking down on sexual thoughts is remarkably tough and can have the opposite effect of feeding sexual obsessions. Constantly on their guard against the perceived danger of sexual thoughts, early Christian monks believed they were possessed by evil spirits--their own variant of the white bear effect...

Researchers have assembled evidence that modern religious folk have plenty of trouble in restraining sexual impulses. Findings are generally very different from what would be expected if religious people were true to their "family values" precepts.

One controversial early study of casual sex in public restrooms found that the typical participant was married and religious.

Dr. Barber's article does not mean religious people engage in unbridled sexual activity. It does, however, prove the GOP wrong. Conservatives, especially those who claim the religious right to prevent others from acquiring birth control under the ACA, actually do engage in sexual activity. In fact, not only was there a "connection between religion and pornography," but Dr. Barber also states, "modern religious folk have plenty of trouble in restraining sexual impulses." Unfortunately for them and other conservatives, the Hobby Lobby ruling denies everyone contraception-despite the fact that liberals, conservatives, and everyone else engage in sexual activity. Ironically, it's also the "highly religious states" that surf the most porn.

Furthermore, the historically conservative Red states of the southern part of the U.S. have the highest teen pregnancy rates according to the U.S. Department of Health and Human Services:

Substantial geographic variation also exists in adolescent childbearing across the United States. In 2012, the lowest teen birth rates were reported in the Northeast, while rates were highest in states across the southern part of the country. See how your state compares on birth rates, pregnancy rates, sexual activity, and contraceptive use with OAH's reproductive health state fact sheets.

Not only do religious people engage in sexual activity, but the most conservative states in the country also have the highest teen pregnancy rates.

Is Ted Cruz aware of any of this?

Finally, Justice Ruth Bader Ginsberg stated in her 35 page dissent that, "It bears note in this regard that the cost of an IUD is nearly equivalent to a month's full-time pay for workers earning the minimum wage." Birth control, like other medications or prescription drugs can be expensive. If Hobby Lobby feels that God wouldn't condone its acceptance of any employee's sexual behavior, but the corporation's retirement plan invests in contraception manufacturers, then America is facing a big problem. Women, even conservative women, might not be able to afford contraception because a corporation picks and chooses when it's profitable to abide by Biblical precepts.

Luckily, Hobby Lobby still covers Viagra. Although its female employees will be denied basic healthcare needs that 99% of sexually active American women require, it's good to know that the Supreme Court is looking after our country's male enhancement needs. Interestingly, while male enhancement pills won't prevent unplanned pregnancies which could lead to an abortion (also considered blasphemous by conservatives), male enhancement drugs serve no purpose other than the enjoyment derived by men.

Religious freedom wasn't at the heart of this case since I've never seen a corporation in a church, synagogue, or mosque. A blatant disregard for the reality of sexual behavior in America, coupled with the belief that one's religion trumps the healthcare needs of even conservative women, is the real story behind the Supreme Court's Hobby Lobby decision.