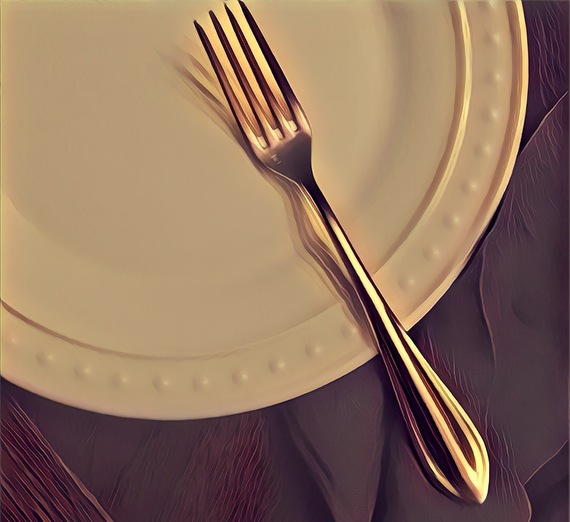 There are many ways to critique an art form such as cooking, and like most art forms, the way one sees it differs from one to the other. Opinions are, with no need to repeat a vulgar idiom, commonplace. Everyone has an opinion when it comes to food, even picky four-year-olds.

The critic is important, though I would have argued that as a young artist daubing oil paint upon canvas in a New York City art school. My early knowledge of the critique was mixed with the bitter vinegar of judgment. Coiling behind an easel, anxiety-ridden by my art teacher's discerning eye, constructive criticism felt like a ruler smack that was for my own good. At the time, I wondered why critiquing was necessary. Surely we were doing it for creativity's sake.

Pianists practice scales and arpeggios, artists draw outlines in pencil, dancers warm up, actors and singers vocalize. Chefs mise en place, prep, sauté, broil, sous vide. Styles of cooking, much like languages, speak their own. The critic is an interpreter of sorts, as the intelligence of the tongue isn't only in the tasting.

Television cooking shows are our modern coliseum for food-as-entertainment. Whether or not someone has knife skills onstage, or if they can whip up the perfect omelette while being yelled at, or slosh together a quick béarnaise, that's secondary to the drama that goes along with it.

As food and art have gone hand in hand, so have critics. And so, I think it is necessary for a good critic to have two vital things: experience and compassion. Food critic Pete Wells considered all he had in him before writing up his scathing review of Per Se for the New York Times. Wells had recalled the dark feelings he had stirring within him after the disappointing $3000 meal he shared with three companions at Per Se: "I have a loaded gun, and I'm going to have to fire it, and I don't want to." Compassion and experience were two pinballs pinging around in the food critic's mind before he brought his knives out.

"In many ways, the work of a critic is easy. We risk very little yet enjoy a position over those who offer up their work and their selves to our judgment. We thrive on negative criticism, which is fun to write and to read. But the bitter truth we critics must face is that in the grand scheme of things, the average piece of junk is probably more meaningful than our criticism designating it so. But there are times when a critic truly risks something, and that is in the discovery and defense of the new."

As Yelp reviews have given many restaurateurs a fighting chance or caused disastrous damage to their business, the esteem of the food writer has nearly been lost. At the touch of an app, we can scroll through lists of dining places, sort and filter what we crave according to price, distance and category, then tap on the link to find a burrito at a local stand or reserve a table for two at a swank spot with an extensive wine list. In this push button society, who needs the critic when the number of Yelp stars defines it? Neither Michelin stars nor Zagat ranked, we choose dining options without the careful art of the true critic's view. Trolling restaurants as a "Yelp critic" to coerce freebies out of the proprietor like a mob shakedown ain't yelping anyone.

Emile Zola's novel, Belly of Paris, described the fat-bellied rich as the poor scraped by for a morsel. Zola and his friends (Gustave Flaubert and Ivan Turgenev to name a few) held monthly dinners and deemed their epicurean escapades The Dinner of Hissed Authors. Zola confessed that gourmandise was his only vice. Another French author, Honore de Balzac, the quintessential gourmand, subsisted upon pots of coffee to fuel his literary fire while writing. Once he finished a novel, he celebrated by eating Romanesque proportions of food. And how he loved describing food in his novels.

Brillat-Savarin wrote The Physiology of Taste in 1825, founding the gastronomic essay. M.F.K. Fisher, a food writer of high ranking in her own right, translated it for publication in English in 1949. Fisher's own writings about dining, life and food have earned her a queenly placement at the table with the other critics throughout history.

Why waste your money on a five hundred dollar lunch served with haute supremacy when you can scarf down a couple of good tacos for a few bucks? Foam, essences and elitist cuisine aren't always what the diner really wants. Nor does it make it good eating. Bourgeois as it may be, good taste does not belong to only those who can afford it. Like Remy the rat in Ratatouille, he knew how to forage for scraps and make it heavenly. Remember when Marilyn Hagerty, the 88-year-old columnist who became an Internet sensation after her review of a local Olive Garden went viral?

Food critics of New York bustled into the dining room of food culture during the age of the legendary Le Cirque. Craig Claiborne, Coleman Andrews, Ruth Reichl, Gael Greene, and others filled up the seats. Ruth Reichl's famed incognito review made history as far as restaurant reviews go. Restaurants and chefs are rising in popularity. One could travel an entire lifetime just eating and experiencing food. We need guides for the eat streets, such as writer and critic Jonathan Gold. An epicure such as Gold is a culinary adventurer, mapping eateries by pen and laptop. Jonathan Gold's 101 Best Restaurants provides a better map-to-table function than most apps (just a hint).

But to the critic, their purpose of giving criticism can be raised as an existentialist question.

"Criticism is criticism," Jonathan Gold says. "An aria is in some way equivalent to a well-cooked potato."

For those that linger upon the spool of noodles and ponder its texture longer than the usual diner, it is because we savor it. If the senses are finely tuned, there are a hundred ways to describe it, whether it be good, bad, greasy, horrible, heavily sauced. A taco truck, an Ethiopian restaurant, a little hole-in-the-wall Oaxacan joint, a vegan donut shop, a Brazilian churrascaria. Review and criticisms are best when seasoned with the consideration of what goes into making each bite.

15 Stunning Recipes Instagram Fell In Love With In June