It's a move that makes good financial sense. In 2015, mobile gaming is projected to overtake console gaming in revenue, according to recently released data from Newzoo, an Amsterdam-based games research firm.

Mobile games will "replace the traditional console market as the largest game segment" in 2015, Newzoo said in its report. 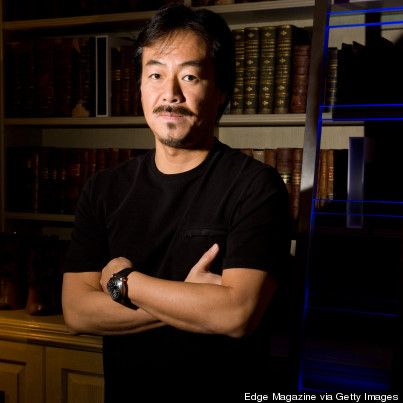 A spokesperson for Newzoo told The Huffington Post in an email that the decline in console game revenue overall can be attributed more specifically to a decline in revenue from handheld systems like the Nintendo 3DS and Playstation Vita. Revenue from games for TV consoles like the PlayStation 4 and Xbox One is expected to rise by 2017, though at a much slower rate than mobile gaming.

Sakaguchi's first two mobile games haven't exactly been smash hits. According to Google Play data, 2012's "Party Wave" received only a few hundred downloads at most on the Android platform, while this year's "Terra Battle" fared significantly better, with between 500,000 and 1 million downloads on Android. For reference, "Candy Crush Saga," very much the gaming app to beat, has been downloaded up to 500 million times on Android since its release in 2012. (Statistics from Google Play were used because Android holds 83.6 percent of the global smartphone marketshare, and these games are international releases.)

It should be noted that Sakaguchi is not finished with console games, as he explained in a recent interview with Polygon. But fellow Japanese game developer Yoshiki Okamoto recently told Wired about his decision to abandon console gaming in favor of mobile.

Okamoto is the creator of "Street Fighter II," a game that, like Sakaguchi's "Final Fantasy" series, proved incredibly influential on the console gaming scene. Before it, the best head-to-head fighting experience you could get at home was (apart from actually fighting your siblings) Rock 'Em Sock 'Em Robots.

"The business and content creation of anything for the console platform became just kind of overwhelming. It wasn't at a level anymore where I could gather my friends and create something," Okamoto told Wired.

He created a new mobile game called "Monster Strike" that's available on both iOS and Android. It's kind of a hybrid of billiards, Pokemon and Angry Birds, and like many popular games, it runs on a "freemium" model: You download the game without paying a penny, but it's loaded with potential in-app purchases that can help you advance.

"Monster Strike," a smartphone game from the creator of "Street Fighter II"

It's no secret that "freemium" games are big money makers. "Candy Crush Saga" runs on the same model and generated $264 million last quarter. Such games can also be created with considerably less work than full console games: Kouki Kimura, development director of "Monster Strike," reportedly told Japanese game magazine Famitsu that Okamoto made a functional mock-up of the game in just two weeks.

For a sense of what that means, compare those two weeks to the development process for "Final Fantasy XV." The game was first announced in 2006 and is still in development, with a budget estimated to be in the tens of millions of dollars, if previous games are any indication.