Let's face it. In this town, test prep material practically writes itself.

I can hear the questions now...

"As you know, under the Illinois Constitution, the state has the primary responsibility for financing your public education. Why, then, does your music teacher need to apply annually for dozens of private grants just to have money for basic instruments for your classes?"

Like so many CPS teachers, Darwin's music teacher, Joe Panganiban (known to his students as Mr. P), continues to be asked to make bricks from straw, because the state continues to shirk its "primary responsibility" to fund public education.

A few years ago, shortly after Darwin's principal decided to bring music back to the school's curriculum, the newly-hired Panganiban spent hundreds of night and weekend hours applying for outside grants in an effort to get his kids some of the tools they needed for a modest band program.

Panganiban had some early success, winning a $30,000 VH1 grant for band instruments. He also partnered with Little Kids Rock to secure a generous donation of ukuleles.

And Darwin students embraced their new music program the same way friends of Rahm Emanuel and Bruce Rauner recently embraced their First Amendment right to shower their chosen candidates with tens of millions of dollars in "free speech" campaign contributions.

Aliayanna Francois, a seventh-grade Darwin student, understands the importance of passing the constitution test, but she told me that her once-a-week music class with Mr. P continues to be the highlight of her school week. Jaslim Landaverde, a Darwin eighth-grader, echoed her friend's sentiments, saying her "Friday music class is what I look forward to on Monday."

Francois and Landaverde are also grateful that Mr. P gave them the opportunity to get together after school to perform with Odd Squad, one of two Darwin rock bands, and to take their musical show on the road. Panganiban spent months helping to organize The Evolution of Rock: Darwin Elementary Invitational 2015, last Sunday's four-hour showcase of CPS grade school rock bands. 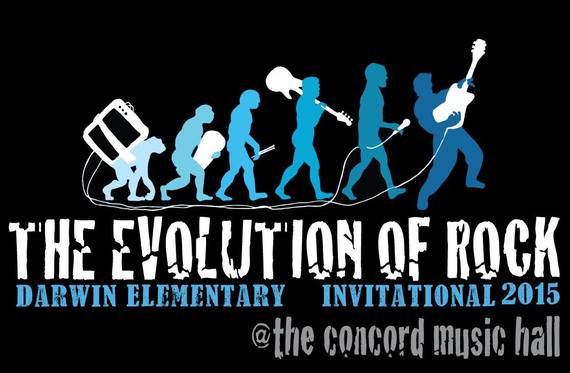 Panganiban worked with like-minded music teachers across the city to give kids a chance to plug in and rock out at a big-time Chicago music venue. These kids didn't need to know that musical heavyweights like Jimmy Cliff and Jason Isbell had performed on that same Concord Music Hall stage in recent months to understand that their own chance to shine under Concord's bright lights was a big deal.

Francois, Landaverde and their Odd Squad bandmates closed the show with a powerhouse version of Uptown Funk, which also featured some tight choreography. The girls told me they hope to continue performing in high school, but they don't know whether their high schools will have music programs like Darwin's. 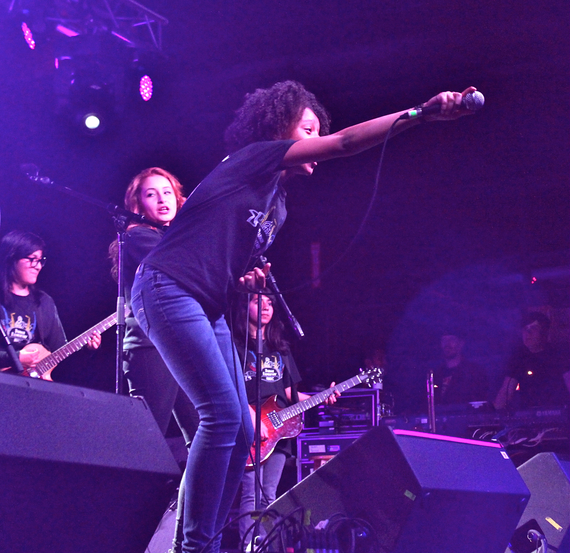 And sadly, in 2015, it's motivated teachers like Panganiban who now find themselves taking "primary responsibility" for doing what our leaders in Springfield should have been doing for decades.