Certain behaviors -- like laughing and yawning -- can be easier to catch than the cold that's going around your office, according to psychologists.

"Behavioral contagion" is a well-documented phenomenon in psychology. Our brains are hardwired for social interaction and bonding. Mimicking the actions we see in those around us is a natural way that we empathize and gain a sense of how others are feeling.

Here's a sampling of some of the behaviors that we might "catch" from our friends or coworkers.

This may explain how groups of teenage boys can do such stupid things: Risky behavior is contagious.

A new study conducted by neuroscientists at the California Institute of Technology finds that after we witness others engaging in financially risky behavior -- such as making bets in a gambling scenario -- we in turn are more likely to take similar risks. (Investors, take note!)

"Primarily, our findings advance our understanding in how our own risk-taking behavior can be influenced through passively observing other agents," Shinsuke Suzuki, a postdoctoral researcher in neuroscience at the institute and a co-author of the study, told LiveScience.

But there's one type of person who seems to be completely immune to the contagion effect of yawning. A study last year found that psychopaths, whose personalities are marked by the inability to feel empathy, don't "catch" yawns like the rest of us.

If you've ever been to a laughter yoga class, you know that laughing can be highly contagious.

Now, science has confirmed what many of us know well from experience: Your brain responds to the sound of laughter and automatically acts to join in -- even if you didn't hear the joke or weren't a part of the conversation.

"It seems that it's absolutely true that 'laugh and the whole world laughs with you,'" Sophie Scott, a neuroscientist at the University College London and one of the study's authors, told LiveScience. "We've known for some time that when we are talking to someone, we often mirror their behavior, copying the words they use and mimicking their gestures. Now we've shown that the same appears to apply to laughter, too -- at least at the level of the brain."

It's said that when you smile, the whole world smiles with you -- and psychologists have shown that this common cliche contains a kernel of truth.

Research has found that when we're with a person and they smile, we're likely to "try on" that facial expression to get a sense of how they're feeling.

This natural phenomenon of facial mimicry allows us to not only empathize with others but to actually experience their emotions for ourselves.

The same instinct that leads us to smile when others do also gives us the impulse to turn down the corners of our mouths when we see someone else frown.

Yep, facial mimicry applies to frowns too (and even grimaces!). You may not necessarily form a full frown in response to someone else, but there's a good chance that your facial movements will move slightly in that direction.

Unfortunately, it's not just positive behaviors that are catching. Being impolite to your coworkers can also lead them to behave the same way.

A 2015 study from the University of Florida, published in the journal Applied Psychology, found that when people encounter rude behavior at work, they're more likely to perceive rudeness in future workplace interactions, and in turn to respond rudely themselves.

“Part of the problem is that we are generally tolerant of these behaviors, but they’re actually really harmful,” Trevor Foulk, a doctoral student and the study's lead author, said in a statement. “Rudeness has an incredibly powerful negative effect on the workplace.”

Just looking at a person who's cold can be enough to make you feel chilly too, according to research.

A study from neuropsychiatrists at Brighton and Sussex Medical School, published last year in the journal PLOS One, found evidence for "temperature contagion." The study suggests that when participants watched a video of a person's hand being plunged into freezing water, the temperature of their hands dropped, too. The more empathetic the participants rated themselves to be, the greater the temperature drop they experienced.

Feeling warm, unfortunately, does not seem to have the same effect.

7 Behaviors That Are Actually Contagious, According To Science
Laughter Yoga 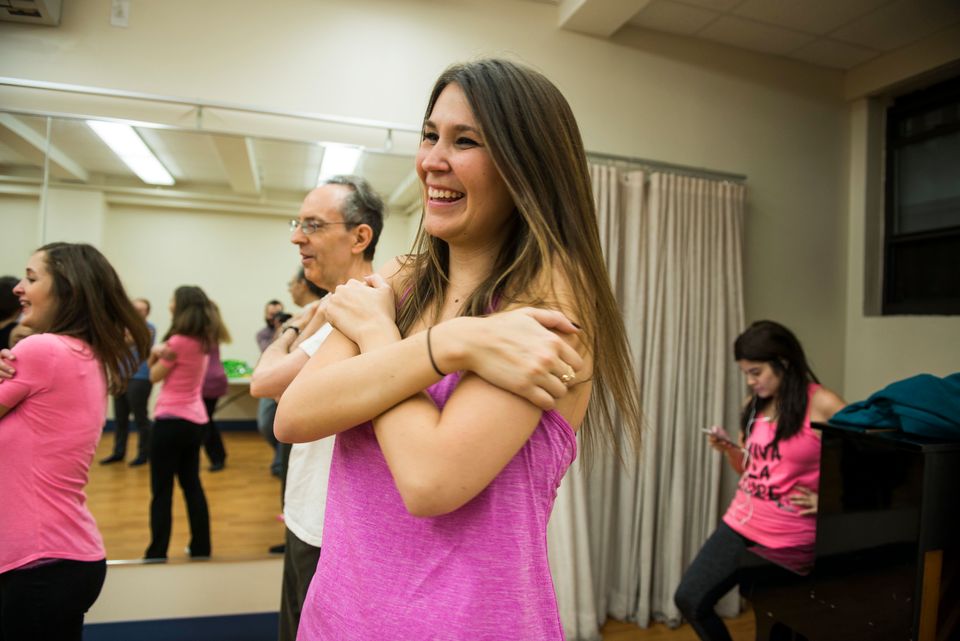