As my French counterparts explained to me many times over the frenetic week of press conferences, parties, and interviews that marked the opening of my new exhibition, the Château de Versailles has worn many faces throughout its complex history. Surely there are few other institutions which can simultaneously symbolize so many extremes - revolution and hegemony, opulence and the public will.

I am far from an expert in European history and am thus lucky to have worked with two men as wise and knowledgeable as Jean-Jacques Aillagon, President of the Château, and Laurent Le Bon, curator at the National Museum of Modern Art-Centre Pompidou. Together they helped me to identify and assemble the various puzzle pieces until I was able to develop a mental picture of the Château which, while perhaps not immediately familiar to the people of France, captures what I believe to be the spirit of its character. In particular, I can say that I feel a certain connection with Louis XIV, who also viewed Versailles as a showcase for the artists he patronized.

Tracking the arch of Versailles, we can see simultaneously the trajectory of art's public reception. In the Sun King's time, Versailles served as a trendsetter, a tool used to communicate the newest ideas and aesthetic innovations. Later it became perceived, rightly or wrongly, as a playground for the rich and famous, its significance detached from common life. This cycle has repeated itself throughout art history and in recent times, it appears that we find ourselves in the latter stage. An artist who chooses to exhibit in a high profile location like Versailles must now explain to a demanding public the relevance of his or her craft, of their very existence.

I was confronted with this question again and again preparing the show, even in the days before press officially began. Reports came in to Japan of petitions which sought to shut us down. The media ran with the story, playing it up as a clash of cultures, of national pride. Bloggers around the world expressed their skepticism and disgust. None of this surprised me and in the end, I have come to view it as very part and parcel of the role which art and artist now play in society.

Popular entertainment and contemporary culture are in a time of upheaval. The print, movie, and music industries are struggling to find ways to capture people's attention. Meanwhile, video games, blogs, and social media are in ascendancy. Rapid technological development in the post-war era has meant that we are no longer content to be passive observers. The pleasure centers of our evolved brains demand interaction, control - newer and more direct stimuli. In this landscape, art is in a unique position to satisfy these new needs. I am confident that it will recover its former glory, not only as an object of observance but as an event.

When staging a happening, it is essential to find the right spot. Mr. Aillagon graciously offered up Versailles and in doing so has reestablished its place in the popular consciousness. It remains a place of beauty and serenity where people the world over can come to experience the best of the French character. But thanks to visionaries like Aillagon and the work of master riddle makers like Mr. Le Bon, it is now also a place where people can engage in a dialog with modernity. The results of this conversation may not be easily summarized in a 2 page article in a newspaper or art magazine, but as evidenced by the faces of the people who participate in the experience, they are surely understood. 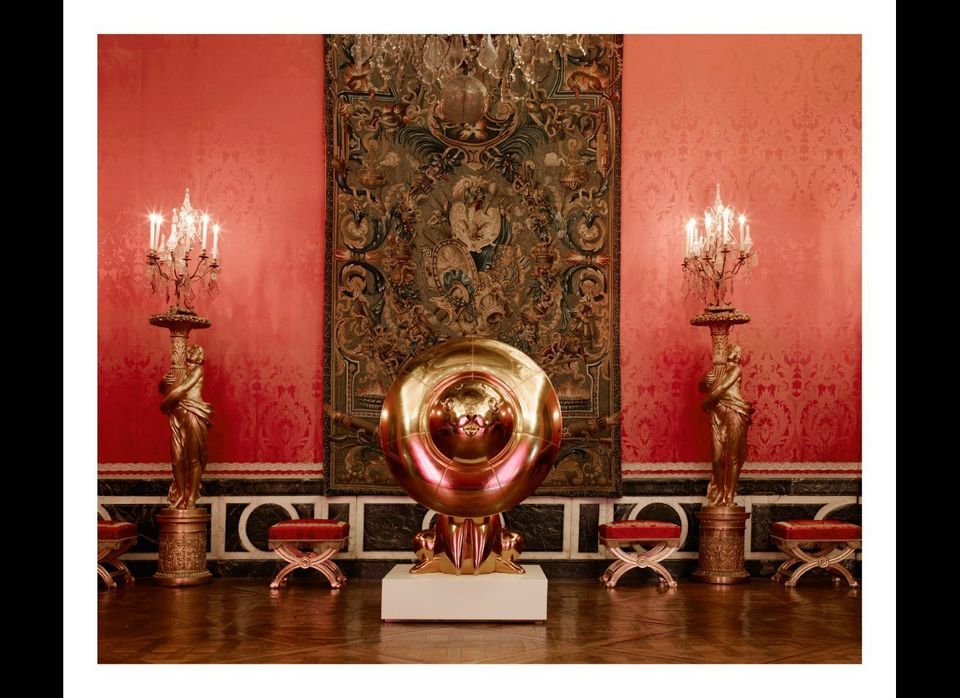