It's counter-intuitive--especially to Americans. But often less is more.

When Erin Scime wrote a blog titled: "Content Strategist as Digital Curator", it's pretty clear that she didn't expect to stir up a whole lot of emotions and anger. Yet, that's what she did--at least in part.

"I feel like there are a lot of bitter librarians out there," Scime told me. It's ironic, in part, because all her early training was in library sciences.

But the buzz around curation threatens more than librarians--there's a posse of PhD's with pitchforks and torches that didn't much like what Scime had to say.

What heresy did Scime actual dare to blog about? "Curation has a distinguished history in cultural institutions. In galleries and museums, curators use judgment and a refined sense of style to select and arrange art to create a narrative, evoke a response, and communicate a message. As the digital landscape becomes increasingly complex the techniques and principles of museum curatorship can inform how we create online experiences--particularly when we approach content." 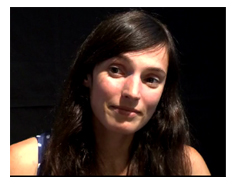 For a former student of Curatorial studies and information sciences to embrace the democratization of the word "curation" rattled some cages.

"When I was in library school it was very oriented toward managing digital collections, even archives. It's sort of the "Boomer" versus "Gen X", generational split."

In fact, Scime sees the emerging 'curation' of the web as very much in keeping with the sprit of what librarians and museum curators do well.

"It's knowing your collection as a subject matter expert to very fine detail, it's figuring out how to communicate and educate people on what is there and how they can find it, and it's reaching out to a larger community."

As a Content Strategist for large brands and sites, it's Scime's job to understand what editorial assets a site has --and put a plan in place to create a living, growing content plan. That's where Curation comes in.

"When a site launches, your audience arrives to learn more about what you know most about" wrote Scime in the post. "It's critical to create a content experience with purpose, that is consistent and contextual. This helps to assert your brand's authority, establishes relationships with your audience, and secures a return visit based on your content's value. The content strategist-as-curator is the one who makes this happen."
The challenge of curation for big clients is often that content is coming from many diverse sources. These could include web content and linked content. But the most complex source is user-generated content

"It's actually probably the scariest part for our clients because legal red flags go up. We have to have heavy moderation or outsource it to a third-party corporation that moderates it."

One example Scime points to is the relaunch of iVilliage. "iVillage had a very large discussion board community, and that was the root of their brand. We constructed their taxonomy so that it matched what the people were talking about. So editorial content was also sort of structured in the same way as the discussion boards."

In fact, Scime's work at HUGE is founded on principles of good curatorship; with an end goal of creating smarter content experiences that have longevity and practical use.

Among her key bullets in the presentation:

Part art and part science, Scime's background in library science and art history makes her, in many ways, the poster child of the new Curator. And she says that today's students should think about embracing Curation as more than a buzzword. It is in fact a career path.

"A lot of people are thinking about it right out of school, versus "How do I transition from my other career that"--you know, I think with editing and the title "editor" that it's been so closely associated with print that this is sort of a new name to call yourself, to sort of reinvent what you can do with content."

Digital Curation is here to stay--both as a trend and a job. And that should be good news for technologically adept Content Strategists looking to create sites that organically grow over time.

"For consumer sites it's about more than harvesting assets and making sure that they're sanitized," says Scime. "It's more about the personality behind the curator so I think there's this sort of role that the curator has played in the museum and the editor and chief has played for magazines and print and I think that that's what a constant strategist as a digital curator can do."

Steven Rosenbaum is a curator, author, filmmaker and entrepreneur. He is the CEO of Magnify.net, a Realtime Video Curation engine for publishers, brands, and Websites. His book "Curation Nation" is slated to be published this spring by McGrawHill Business.