The digital paradigm shift, from the cultural perspective. 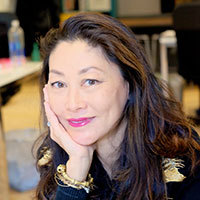 As complicated and disruptive as digital content has been, there is a simple way to explain the quantum change in the consumer's relationship to content. As is true of most paradigm shifts, the solution can be seen by flipping the model on its head -- in this case, moving consumers from the bottom of the content food chain to the very top.

No longer a captive, passive throng awaiting a morsel of good TV, today's consumers dominate in a buyer's market of quality -- and "Quality" -- TV. Today, everyone in the communication business is now in the content business as well -- from traditional media companies to marketers in every consumer sector.

As consumers curate their own content feeds from a plethora of brands, channels, platforms and devices, they're taking over the functions of a traditional media organization in:

Scheduling: deciding when and where to watch, and for how long.

Marketing and Social Media: spreading the word for content they love and advocate for.

Advertising: working in tandem with brands via content collaborations and user-generated hashtags, their endorsements increasingly carry more weight than traditional celebs and outlets.

So if consumers have assumed control, what is the need today for businesses to provide this infrastructure when a few clicks do it all?

Content creators are now in a hotly contested, Survivor-like battle of the fittest for consumer attention. But the quest for dominance won't be won by just having the best show, and/or the best marketing. The programmers that will succeed in this new era will likely forge some combination of two paths:

Enable the consumer's desire to effectively create, find, manage and share their content, in ways that complement your own content. Provide customized tools and tips that extend your role as a tastemaker. Think of your content brand as a recommendation engine for specific sensibilities that transcend your platform or category, in the way that Etsy helps DIYers make and sell their products by introducing them to a community of like-minded people.

1) Be purpose-driven entertainment: create content for good. While there's nothing inherently wrong with "feel good" content or support of a worthy cause, today's culture views those traditional approaches as ultimately self-serving. Content with embedded social values that are deeply ingrained in the company culture (Über's recent fight against New York Mayor Bill de Blasio, for example) or that drive its business strategy, will be seen as differentiated in consumer decisions going forward - just as the greening of household products launched entirely new categories. Because when solid entertainment is widely available, content with meaning offers value above and beyond the entertainment value of the content itself. We want to invest our time in entertainment we believe in.

2) For advertisers, this paradigm shift requires a similar change in mindset. For decades, what qualifies as a "hit" meant attracting the highest number of eyeballs in the coveted demographic of choice. But in this new era, the most-watched shows are rarely considered the best. Let's considerNCIS on CBS: consistently a ratings leader, and a well-crafted procedural, but hardly the show most people would buzz about at a dinner party, let alone live-tweet about. In recent years, that distinction has belonged to more narrowly focused, so-called "Quality TV" like Mad Men on AMC, whose ratings never equalled the buzz - and yet has been universally lauded by the industry and viewers alike. So: which is the hit show that provides the best environment for an advertiser message? Which has stronger viewer engagement and therefore higher affinity for a brand's message? And based on that, which is the more effective, targeted buy? Aside from the promise that data analysis brings, how do we factor in and measure the cultural success of these shows - that is, which ones serve the viewers best?

Some might argue that content has always served the viewer - which was in fact true for many decades. But in my experience working for (and with) traditional media companies, it's clear that advertisers have a degree of direct or indirect influence on content decisions. It's also clear that consumers are voracious for a wider array of content than traditional television has served up to date, especially among Millennials.

Today, the content that quickly gains cultural cred is typically more niche, pointed and more unique than advertisers traditionally have felt comfortable with. But we're in an era now where trust is at a premium, and consumers are skeptical of businesses who they feel act out of self-interest. Viewers can no longer be controlled - they have to be wooed. In today's market, those who do will win their hearts, and their wallets.