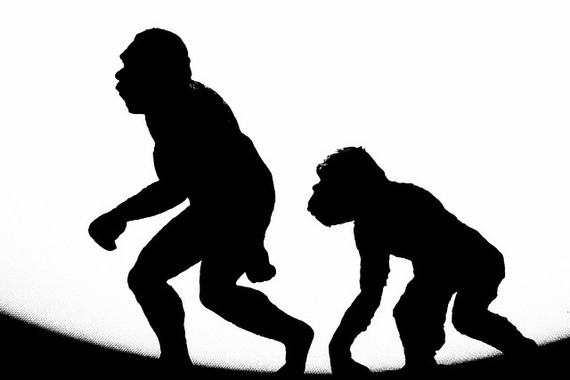 For the last five years or so, a tidal wave of inbound and content marketing adoption has roared through the marketing community. The digital ministry of propaganda (people like me) has helped fuel the adoption rush. Online communities have been developed to espouse the marketing virtues of content and inbound attraction.

Many of these communities have one central belief in common - build it and they will come. It's a belief in the idea that owned media IS content marketing and that the masses will be naturally attracted to it over time through organic social and search channels. During the time of content deficits this was possible and happened quite frequently for early adopters. Those folks won with content marketing. Tomorrow's winners will do so with marketing content.

Early adopters spent most of their time and resources on content creation. Once they hit the publish button they sat back and waited, thinking the Internet will take care of distribution - and it usually did, too. They ignored purposeful promotion through both earned and paid channels and instead relied on broadcasting from owned channels exclusively - via email and social media. This way of thinking helped launch my own career.

The days of the publish and pray strategy delivering impressive returns by itself (without paid and earned promotion) is nearing its end. For many industries - marketing in particular - it's long gone. The amount of noise online has reached monumental proportions. Over 2.73 million blog posts are published every day. As marketers and communications professionals, we're competing for attention in a sea filled with millions of daily articles, apps, selfies, cat videos and memes. The content deluge is constant and unrelenting. It's only getting more massive, too.

This deck is filled with .GIFs. In order to view them you must download the presentation and open in full presentation mode - http://bit.ly/1psGB3S

More and more, consumers are spending their time online at the websites they trust to avoid the deluge. Year over year growth of search volume for content discovery is on the decline, too. This further speaks to the importance of marketing content in an age of abundance.

It's no secret that as Facebook's organic reach declines its stock price rises. In fact, Twitter recently announced its intention to enact a similar filtered feed algorithm. Filtered feeds that diminish a brands organic visibility and reach force them to pay to play. Facebook was the first social media network to do this and Twitter certainly won't be the last.

Content marketers without large established audiences who don't see the writing on the wall are at risk of wasting a lot of money by creating copious amounts of content and publishing it to a nonexistent audience. The talking heads who preach content marketing and do so to a large audience are using their own experiences to justify their recommendations.

They built their audiences in a time of content deficits and not during the surpluses we find ourselves in today. This was good for them, but the reality is that most late adopter brands don't have large preexisting audiences and must build them from scratch. In these cases, owned media alone is unlikely to create, build, and grow an audience of significance in a reasonable timeframe, if ever.

Others like to say that a written content marketing plan that is strictly adhered to is the key to content marketing success. This is true only if the brand has an existing audience of significance, the brand's industry is facing a content deficit, or earned and/or paid promotion is part of the plan. Otherwise, publishing content to a nonexistent audience using a written plan is still publishing content to a nonexistent audience.

This article was a preview of Chad Pollitt's brand new book, "The Content Promotion Manifesto," and is available free for download until its release on Amazon. Below is an excerpt from Chapter 2: