While House Republican leaders announced their plans to spend up to $3 million defending the Defense of Marriage Act in court, the art world endured a different, bizarre saga in relation to the gay marriage debate.

In 2009, Houston-based art prankster duo The Art Guys wed an oak sapling tree at the Museum of Fine Art's Cullen Sculpture Garden to raise questions about man’s relationship to nature. What's really strange, however, is that Menil Collection, which has housed Texas's controversial "tree of strife" since March 2011, recently announced its decision to remove the work from view. "We offer this news to you without further comment," the Art Guys said in a guarded statement on Friday. 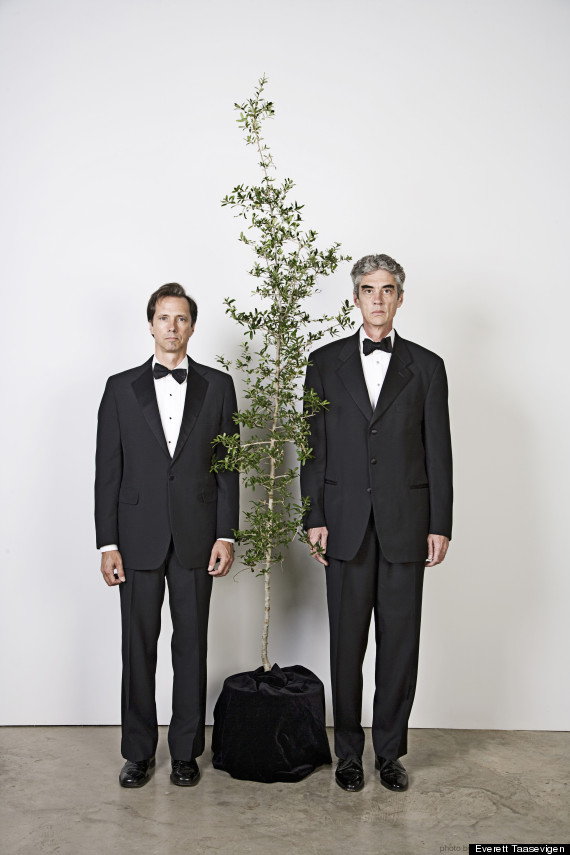 When the Art Guys married their sapling, "the whole thing was an environmentalist gesture," The Believer expressed in their profile of the duo. Yet critics of the work refused to see how the act could exist separate from the heated climate of the gay marriage debate, even though both artists were already married to women. Many accused the work of belittling gay marriage and encouraging homophobic logic, namely former Houston Chronicle art critic Douglas Britt. In his review, Britt, who himself is gay, argued the work "reinforces the 'slippery slope' argument that if we let gays wed, next we’ll allow people to marry animals, and so on."

Britt was so offended by the work he created a performance piece of his own to show, in his words, "what really marrying for art, not pretending to, could look like." For his piece, "The Art Gay Marries a Woman," Britt found a straight woman he had never met via Twitter, married her at a gay strip club, and changed his last name to Britt-Darby.

Britt-Darby's course took an even stranger turn when he began posting bizarre series of performance art blogs describing a meth-filled road trip and his former life as a sex worker. The confounding videos, spurred by the Art Guys' piece, led to the art critic losing his position at the Houston Chronicle. 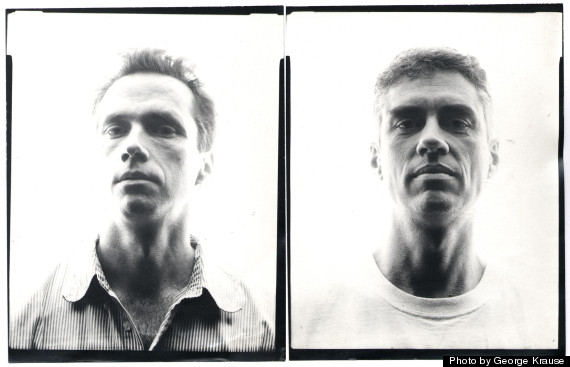 Photo of 'The Art Guys' by George Krause

The Menil Collection director Josef Helfenstein issued a statement "to make clear that [The Menil Collection] has not de-accessioned the work, nor has it taken any steps toward de-accessioning the work, which continues to be a part of the institution’s collection." As for the controversy surrounding the missing tree, the Menil "has preferred to conduct these conversations in private."

Rainey Knudson, who is married to one of the artists, announced the news in a blog post on Friday, maintaining that the "piece has nothing to do with gay marriage, and it never did." Knudson told the Houston Press the Menil Collection's decision showed "breathtaking cowardice."

On the other end of the debate, Britt-Darby expressed similar frustration with the Menil Collection's hushed demeanor throughout the controversy. The writer told Houston Press: "I'd rather have had and lost that debate than not to have had it at all."

What do you think, readers? What are your thoughts on the saga of the artists and their lone tree?

In the meantime, check out other shocking works of art in the slideshow below:

Correction: An earlier edition of this article stated the Art Guys' work addressed the deterioration of trees in the area. While this is an interpretation of the work it was not necessarily their intention.