We bring you a story that is raging in England and in Europe at large.

The story is brought to us by the good old BBC, the British Broadcasting Corporation of Great Britain, which is almost as old as Queen Elizabeth of England, just 4 years her senior at 92 years old this month (founded October 18, 1922) with the Queen at 88 (born April 21, 1926). BBC, in case you didn't know it, is not only the world's oldest national broadcasting organization but it is also the largest with about 23,000 employees worldwide (2012 figures) -- not to be confused with BBC-News.

Thus, when BBC investigates and reports on an occurrence or a subject, it commands respect and serious consideration.

The story is about Rwanda. Specifically what happened or what "really" happened in 1994 in what the world has come to know as the "Rwandan Genocide" of 1994. 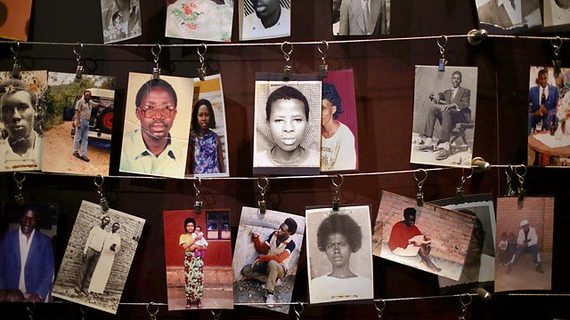 Most of us Americans know this story through the 2004 movie that dramatized this heart-wrenching and human-caused catastrophe that we all watched titled "Hotel Rwanda." This movie dramatized the true story of a Rwandan by the name of Paul Rusesabagina (a Hutu married to a Tutsi - who said that the two groups didn't or couldn't live together in Rwanda before the 1994 genocide?), a hotel manager who used his hotel to hide about 1000 Tutsis when Hutus began killing Tutsis in the capital city of Kigali, after the president of Rwanda, a Hutu by the name of Juvenal Habyarimana, was killed along with the president of Burundi, when the plane they were flying back to Rwanda was shot down by missiles as it was getting ready to land.

Now, BBC has investigated what happened in 1994 before, during, and after the Rwandan genocide that started on April 6, 1994 and lasted for 100 days, until the RPF, the Rwandan Patriotic Front, a rebel movement that was led then by today's Rwandan President Paul Kagame along with the Ugandan army, invaded Rwanda from Uganda and brought an end, as the official story goes, to the massacre of Tutsis. 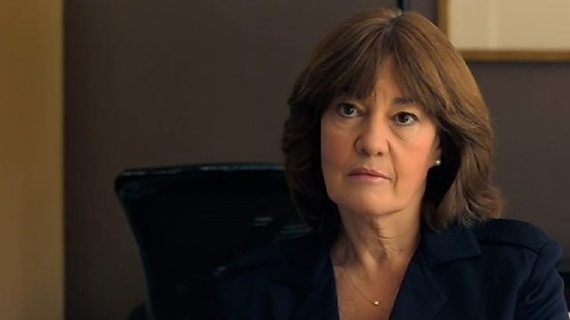 How accurate is the "official" story? This is what Ms. Jane Corbin of BBC set out to investigate and this is the story line of "Rwanda, the Untold Story" that was first shown on BBC2 on October 1, 2014 (BBC plans to broadcast it again this Friday, October 31, 2014).

And, because "the Untold Story" does not 100% agree with the official story that we all have come to know, a debate is raging over in Europe in general, and in England in particular.

One of the main crucial points that is highlighted in "The Untold Story" is that the official ending of the Rwandan genocide in 1994 did not end mass killings both in Rwanda and outside of Rwanda (i.e. in the DRC); and, BBC goes deep and finds Rwandans who live in hiding in order to get answers to what happened in 1994 and to the continued mass killings, assassinations, imprisonment, and forced exiles.

Many experts are interviewed, including an FBI agent who went to Rwanda and led the investigation into the downing of the Rwandan Presidential plane, which, according to the view of almost everyone interviewed in the documentary, was the triggering event that led to the Rwandan "genocide". 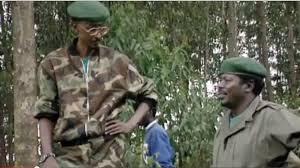 Paul Kagame and his RPF rebels before taking power in Rwanda

Rwandan President Paul Kagame responded by attacking the documentary and accused BBC of "genocide denial", a "crime" (of opinion or of point of view?) in Kagame's Rwanda, if anyone gives a view of the 1994 Rwandan genocide that is different from the one Paul Kagame and his government have promoted.

The documentary's controversy has been growing and other media outlets have taken it up. The London Telegraph, The London Spectator, and other news outlets have either written about it or spoken to both the Rwandan government and the BBC in order to get their views. The Guardian of London, for instance, reports that the Rwandan Parliament has decided to charge BBC with "genocide denial" and ban BBC's broadcast in Kinyarwanda, the Rwandan language. Part of BBC's reply, according to the Guardian, is that "The Rwandan genocide raises extremely painful issues but the BBC has a duty to investigate difficult and challenging subjects..."

As much as Rwanda and its genocide have affected and influenced not only the foreign policy of the United States but even have captured the imagination and weighted on the sensibilities of Americans during the last 20 years, it is recommended that the American people watch this BBC documentary.

We are thinking beings and we should think for ourselves and reach our own conclusions when faced with what BBC calls "extremely painful issues". The only way to do this is for us to contemplate different points of views with an expanded field of facts and of proofs.

Maybe there is a U.S. media outlet out there with the resources and enough independence to take these investigations to another level by unearthing, for instance, the UN Mapping Report of October 1st, 2010, which is mentioned in the BBC documentary, and by investigating all the crimes that are documented in this report.

BBC's "Rwanda: the Untold Story" is but a start in the much needed search for the TRUTH in so much suffering, deaths, rapes, and unspeakable atrocities that have continued to plague the African Great Lakes, especially the Democratic Republic of the Congo, since that April 6, 1994, when the Rwandan presidential plane was shot down in Kigali.