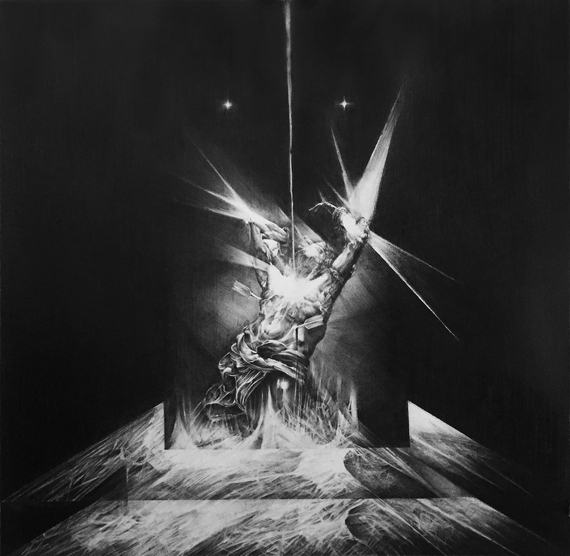 On the occasion of my friend Micki Pellerano's solo show at American Medium in Brooklyn, I spoke to him about the things that matter to him: drawing, growing down, experiencing pain, pop music and of course love.

MP: There's this book The Soul's Code written by a psychoanalyst named James Hillman. He talks about this Socratic theory stating that before you're born, there's this ethereal being - Socrates called it your 'daemon' - who determines that your precise incarnation is the best suited for it to unleash its supernatural purpose into the world. It chooses you and your life as a vehicle. The book is about doing service to that.

There's this chapter he calls "Growing Down" - how if you're especially good at channeling this daemon energy, sometimes it requires adjustments to the confines of terrestrial existence. Like you have trouble with things like social norms or societal structure because this energy is coming out of you all the time. Then he talks about Judy Garland for example and, you know, how she had trouble being a mere mortal because she was this total beast.

I mean I'm no Judy Garland, but I sort of feel it's time to grow down.

MN: (laughs) I don't think you could be normal if you tried. You conforming is a funny idea to me, it's comical.

MP: I think a degree of it is necessary if you want to be an effective artist. Joseph Campbell explores that very idea - comparing the bodhisattva to the artist. Someone who achieves this transcendental realization and then they choose to come back, and share what they have obtained with their race. And the bodhisattva has to conform to the desires of his socio-economic climate in such a way where his message will still resonate to his world.

MN: I think every artist has to wrestle with this in some way. Every once in a while you find a Warhol or a Bowie who figures it out. How they can be pop but also be scary and be all these things that speak to the animal inside you. Little Richard does it effectively. He speaks to the Lucifer inside you, but he makes it sound like lollipops.

MP: Yeah that goes for a lot of pop music in general. Except I think things are different now, and pop culture has been sanitized of its daemons. People don't like that anymore.

MN: I wonder why? Pop music functions best when it's not self aware, when it's channeling something really evil under an unsuspecting guise.

MP: Well even 60's girl groups. The Crystals, the Shangri-La's. That music is all about death and destruction. All these harsh, painful realities and yet it was done so sweetly and palatably that people were really responsive to it. I love 60's girl groups, it's one of my favorite genres.

MP: And that's precisely why: the contrast between the childish naiveté and this sinister violence, masochism, codependency, abuse. It's all so adolescent but so painfully real. Maybe we are all adolescents when it comes to falling in love. 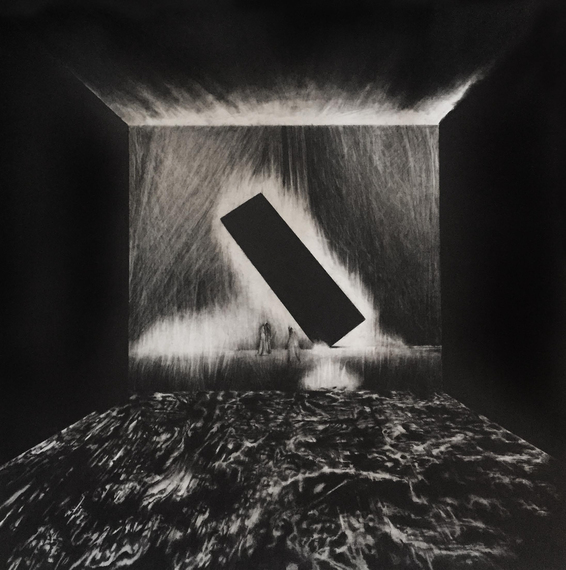 MP: I think this latest body of work is about embracing that wild, you might say pubescent, rage and channeling it in the service of the daemon. The show's title, Celestial Love, is the name of a poem by Emerson, whom I didn't know until recently. There are a lot of explicit references to alchemy in his poems, and transmuting pain into personal evolution. Sublimating it into something that makes you feel vivid and alive.

MP: I actually think it's been helping me grow down, exploring my own experience as a human among other humans. Alchemy is about eroding the things that hold back the daemon. If I can sense spiritually "Whoa, this is changing, this is dying, something's boiling up so that a new substance can emerge." I need to be sure that that energy is channeled is not just squandered. Consolidating something like that into a drawing is really helpful to divert that energy into a specific goal. And it's universal because everyone is going through these processes in their own way.

I'm lucky to say that I've tasted love in this immeasurable, magnificent capacity. If you surrender to that and really let yourself live it, even if it's almost unbearable, it's a huge gift. I feel so stoked on my psychic experiences as of late. And the people and the poets who brought them about. I've done my best in my feeble way to put across how I see and experience that kind of immensity. It's not an easy thing to render.

Like when your heart breaks it's an interesting phenomenon. It separates you from one person, but then it unites you with this ocean of other people, who are experiencing life and its pain right along with you. That's why those sentiments are so resonant in our pop songs!

MN: Pop music is the ultimate vehicle for transmuting pain because it reaches so many people, it's almost like a religion.

MP: Anything that chips away at your limited view of yourself and opens your eyes to the immensity of what you really are can be called a religion of some sort. The real enemy is within. And so is the real guru. When you're free of your self-imposed limitations, that's when you can manifest your true life purpose. That's freedom.

People hold the government responsible for taking their liberties away, but no government really has the power to do that. Or people think "the government is watching." I mean, I would feel really special if the government were using their precious time and resources just to watch me, or read my email. 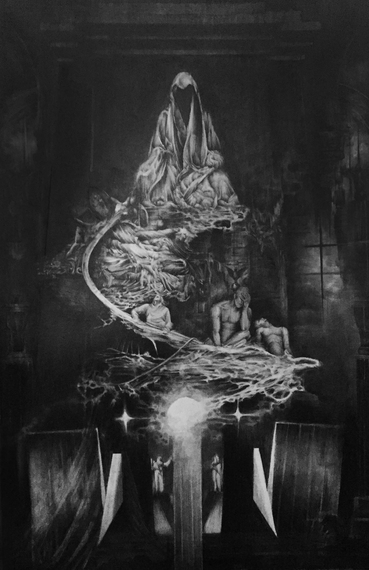 You can see Mr. Pellerano's exhibition of drawings at:

It's running now through June 6, 2015
*all images courtesy of Envoy Enterprises. 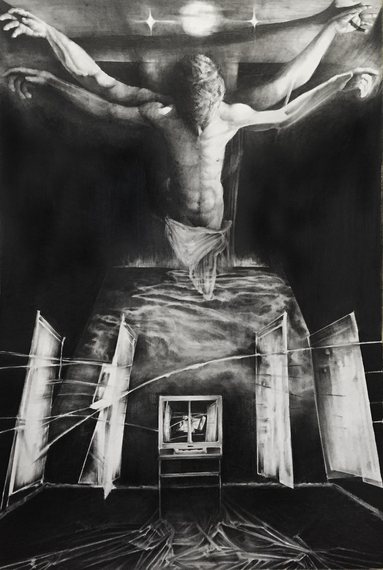