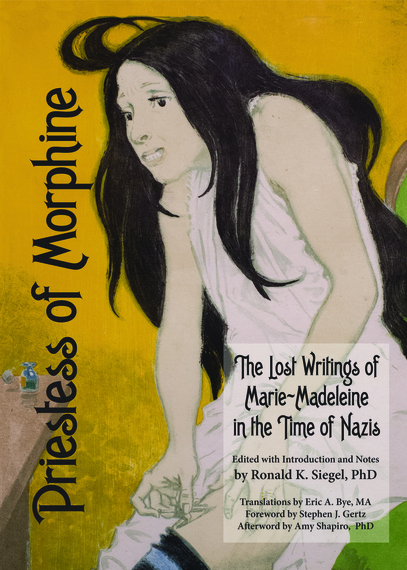 I'd like to start by saying that this was not an easy interview to do. Dr. Ronald K. Siegel is 73 years old and is recovering from surgery. This conversation was awhile in the making, but when you read about this new book of his titled Priestess of Morphine: The Lost Writings of Marie-Madeleine in the Time of Nazis, it will become evident why this mattered so much to me. Dr. Ronald K. Siegel is a research psychopharmacologist and forensic expert.

Below is the description of this insane story I took from the press materials in the new Process Media edition of this book, which can describe the book it better than I can:

Marie-Madeleine was a German Jew, lesbian poet and novelist whose eroticism and love for morphine was revealed in many of her shocking, sensational, and bestselling books of the early twentieth century. Born Gertrud Günther, and starting at age 15 she wrote over 46 books until 1932 when Nazis condemned her work as degenerate. In 1943 she entered a sanatorium for morphine addiction where she died a mysterious death while under the care of Nazis doctors. 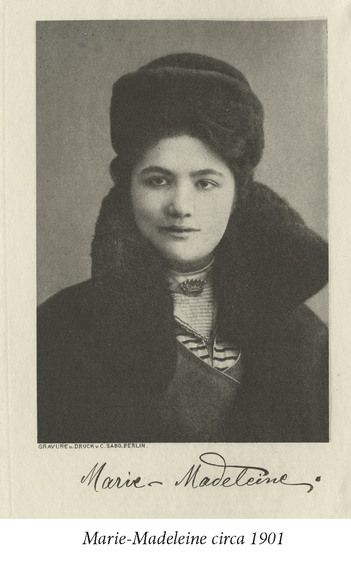 But the story gets even crazier! As a young woman she married a high ranking Prussian military official and gave birth to a son who joined the Nazi party which ultimately led to her mysterious demise in the sanatorium under the "care" of the Nazi doctors mentioned above.

I think the short stories and the poems that make up the book are great and could easily hold up on their own, but given the context of Marie-Madeleine's life story the work's significance becomes undeniably powerful. Below is my conversation with Dr. Siegel. Enjoy. 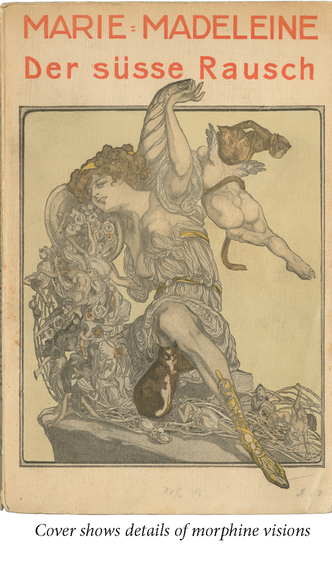 MN: I loved this book. It's a fascinating story. I understand that this is a bit of a big question, but Marie Madeline's life story is so big. It couldn't have been invented by Hollywood. Can you give our readers a little background on who Marie-Madeline was?

RKS: Yes. She wrote 46 known books including comedies (sketches), novellas (short stories), novels, plays, poetry, she even translated Guy de Maupassant's French stories into German. Marie-Madeline's books were printed in Fraktur, an older form of German, but she wrote her works in even older handwritten script known as Sutterlin-Schrift.

MN: I found the layout unusual. Can you tell me about the illustrations in the book? What was the criteria for choosing them? 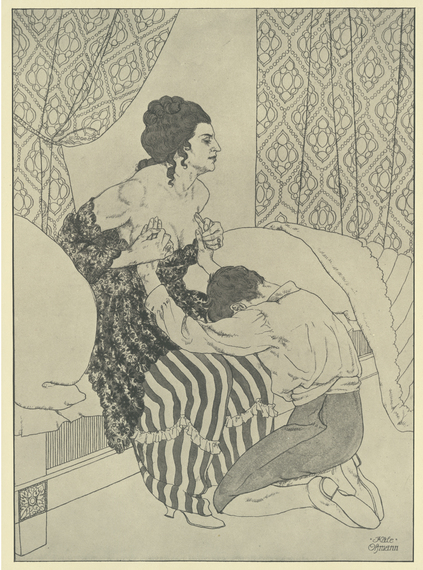 RKS: The layout is known as pictorial opera, pioneered in an 1892 French theater to tell the story of the opera clown Pagliacci using only expressive mime scenes without words. A picture is worth at least a thousand words. When the theater introduced coca wine as an advertisement, the clown's behavior appeared over-acted. Pagliacci did it as he sucked the bottle and licked the glasses. Marie-Madeleine did the same with morphine injections in her thigh. She danced through cabarets in Berlin and Paris, gambled in casinos, promenaded in Nice and Monte Carlo in the latest fashions, frequented clubs with prostitutes and lesbians, hiding from recognition with over-sized hats. The illustrations tell the stories.

MN: Can you tell me about what a psychopharmacologist does. I am fascinated by your career. You're a respected researcher and writer on pharmacopeia and the underlying psychology of addiction: Was there a defining experience that led you to this field?

RKS: The defining experience was taking Sandoz LSD in the Sixties after thorough research, and visits with Professor Heinrich Klüver who did experiments with mescaline, a natural hallucinogen from cactus plants. He mapped out the types of imagery evoked that fell into several geometric forms in the mind's eye. I saw the same with the LSD as did my subjects. The lucidity and vividness was definitely true hallucination produced in light-proof sound-proof chambers. I listened to Timothy Leary preach about the experience and guide others. The final result was to switch to hallucinations as my primary research, which was realized in text books and journals including Scientific America, and adopted in many classrooms. I also realized that cartoons and comic books provided the canvas to show the so-called "trips." I wrote to artists Robert Crumb and Dave Sheridan and we started turning out underground comics with stories of drug use and hallucinations. It became some of my best work that I listed in my academic Curriculum Vitae and found liberal financial support from various donors and government agencies.

MN: I myself struggled with opiate addiction in the past, which makes this subject endlessly fascinating. I'm curious as to what brought you into this specific work on Marie-Madeleine.

RKS: Marie-Madeleine did it with morphine. Her husband died of pneumonia and the treatment in those days was morphine. Marie-Madeleine was present when he died and she was hysterical. The doctor stuck her with a morphine needle and she struggled only to spend the rest of her life with morphine. I was always fascinated by behavior and spent 25 years chasing animals around the world that ate plant drugs (see my work on Intoxication: Life in Pursuit of Artificial Paradise, 1989; Intoxication: The Universal Drive for Mind-Altering Substances, 2005). As noted by the Forward authored by Stephan J. Gertz, I am the Junkyard Dog of book collectors. I found Marie-Madeleine by accident but searched for details in her life and work to explain her behavior and writing. 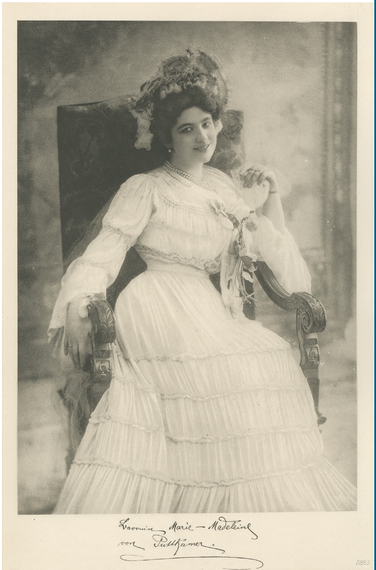 MN: Can you tell me about your work with RKS Editions and how you are preserving "masterpieces of drug literature"?

RKS: The RKS Library is the second largest collection in the world of drug literature. "RKS Library Editions is dedicated to the rescue and resurrection of lost and forgotten masterpieces of drug literature. Titles are chosen for their literary value, historical importance, intriguing backstory, original illustrations, and scarcity. All books are initially published as deluxe limited editions in their original format, translated into English as necessary, and provided with historical notes, annotations, and extra-illustrations from the RKS Library Collection. The signature format of extra-illustrations is "pictorial opera" to help show the reader the emotional intensity, exaggeration, and heightened clarity of human actions as found in opera. Our motto is: "Once lost and forgotten, now found and unforgettable." The Editorial Board and Contributors consist of world-renowned antiquarian authorities, authors, collectors, booksellers and experts in the genre. Taken together our sources are global.

MN: What do you think it says about our society that we both admire and condemn narratives of drug experiences? Does it say anything?

RKS: I don't know about your experiences but mine were the only experiences I needed to understand. I never condemned the experience and only appreciated it. It was my research and I was proud.

MN: Is it part of the human conundrum to seek out psychedelic/pharmacologic experiences? I personally find the relationship between our physical brain and emotional/intellectual self perpetually at odds. Do you think our psyche so unbalanced and fragile that it is so easily undone by chemicals?

RKS: Nope. It's not dope! It's only life at the human top of the phylogenetic stage, doing natural animal behavior. It can be used without abuse, like any trip to new experiences.

Priestess of Morphine: The Lost Writings of Marie-Madeleine in the Time of Nazis is available on Process Media. You can buy it here. 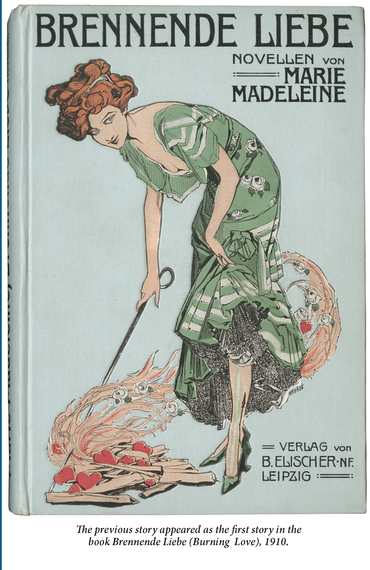 *Special thanks to Christina Ward for her "field support services" by making this happen.