One can't help but wonder at the tales of a man who once wandered the halls of MIT pondering circuit design, only to now claim personal responsibility for converting the orchards of Silicon Valley into parking lots -- back at a time, no less, "when Silicon Valley wasn't even called Silicon Valley." This man is Tom Perkins, who founded Kleiner Perkins Caufield & Byers, one of the most venerable and successful venture capital firms in history.

Go to the KPCB homepage and you'll see a front-and-center summon: "In Search of the Next Big Idea." Well, Tom Perkins has many to his name. Starting KPCB with Eugene Kleiner, he planned to raise a $10 million fund, but managed only $8 million -- there was much skepticism back then that venture capital could be a business. He disagreed, "If it isn't high risk, then everyone will be doing it and it will be too late." Fast forward to today and KPCB portfolio companies include such giants as Google and Amazon, employ over 250,000 people and generate many billions in annual revenue. 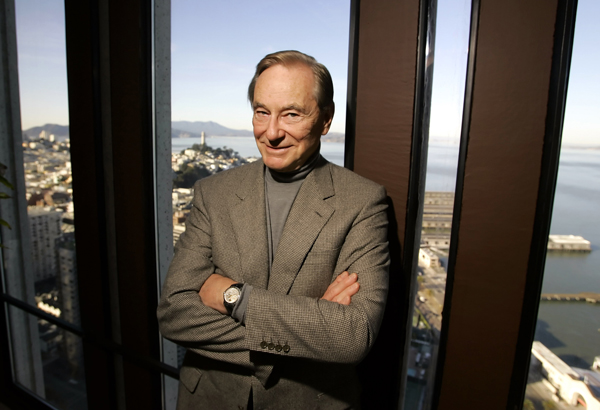 The MIT Entrepreneurship Review sat down with Tom Perkins to gather his thoughts from his lifelong journey of transforming venture capital from a small industry "overrun with Wall Street types" into the riveting economic engine of America.

Here are his key thoughts:

Structure investment to reduce the biggest risk. Tom Perkins uses a hypothetical to illustrate: "Imagine a new type of dog food that makes your dog's coat shine, strengthens teeth, improves their vision -- then you find out the dogs won't eat it because it tastes horrible." This is precisely the kind of problem that Tom creatively avoided in the early stages of Genentech. With KPCB's $250,000 investment, Genentech outsourced R&D to develop synthetic insulin, its first product. Although $3.5 billion was actually needed to launch the product, most of the risk had already been mitigated.

Don't worry about the team. Tom believes, perhaps controversially, that having a team in place early can be detrimental to long-term success. "It's the idea, not the individual. Reduce the risk, then build the team." KPCB prefers to sit alongside the entrepreneur and write the business plan together. "We have never done a deal in written form ... That's how we do it."

Don't specialize. Every VC should be able to do every deal. Perkins argues that specialization obstructs common sense which, in turn, funds bad ideas like the Segway. But he admits, "I lost that war. The impulse to specialize is just too strong." Essentially, "now we have three partnerships at Kleiner Perkins," with each partnership organized around a key sector like information technology or life science.

Corporate entrepreneurship just doesn't work. Giving example of Exxon Enterprises, an ambitious initiative that Exxon launched in 1960s but completely abandoned in the 1980s, meanwhile losing in excess of $2 billion, Tom Perkins expressed his belief that corporations can't do venture capital. "If you're in a corporation, VC is not your primary focus." In corporations, people constantly change, which undermines continuity. What's more, if you make an investment and you fail, it won't look good on your resume." So the concept of intrapreneurship, Tom Perkins bluntly says, is "hogwash." "If you have a fresh idea and you're working for a corporation, you're going to have a terrible time." As a result, "the entrepreneur has an unfair advantage over their corporate counterpart."

"The rich get richer," is Tom Perkins' simple answer to why Kleiner Perkins has been so disproportionately successful in the venture capital business. Beyond that, Tom Perkins stresses urgency, "When somebody calls us about a deal, we get right on it." He also adds that Kleiner Perkins has a reputation of leaving more money on the table for the entrepreneur. "You don't want a reputation for driving the hardest bargain around." "Plus," he doesn't shy away, "we're brilliant!"