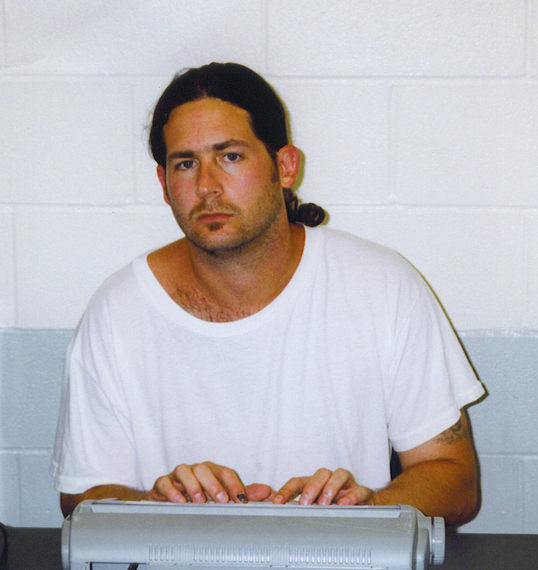 When I first entered the netherworld of prison in 1993 the last vestiges of the convict were dying out. The convict was the ultimate prison ideal which has existed in prisons throughout the ages and has been portrayed and glorified in countless Hollywood movies. It is possible that convicts still exist in the state systems and the higher maximum level type federal prisons but I am here to tell you that in the medium and lower security levels of the Bureau of Prisons convicts are a dying breed. If not already dead and stinking.

Convicts lived by a set of codes, had certain tenets inherit to their incarceration, and carried an "us against them" mentality no matter the odds. Convicts brought about Attica. They stood for something - honor, respect, and loyalty. But those ideals, whether wrong or right, are dead in the federal system. They exist in rhetoric and legend but not in word and deed. Very few in the federal system live by these codes. They are definitely and clearly the minority in prisons today whereas only 10 years ago they constituted the majority.

Today the feds are dominated by prisoners and inmates. I would break it down like this - 10% convicts, 30% prisoners, and 60% inmates. Prisoners are the logical descendants of convicts and still hold much of their values. But prisoners usually aren't willing to take the stand that a convict would. Convicts stood at Attica, not prisoners. I doubt that a prisoner would make a stand even if he wanted to. At least a prisoner has the potential to be a convict. Inmates have no potential at all.

Inmates are scared-ass motherf*ckers. Straight Joe Citizens, running to the man and sh*t. They don't ask any questions, challenge any rules, and follow orders to the timid side of the letter. They don't want to make waves. They don't stand for nothing. They have no ideals, only those that the institution forces upon them. They just want to do their time and cooperate with the police. Anything to make their time go by easier. They see nothing wrong with dry snitching, helping the man out in anyway, or even snitching outright. Inmates are why the federal system is so f*cked up today.

The emergence of inmates and the snitch culture they perpetrate can be explained by two reasons. The first is the feds directive of locking up so many illegal immigrants. Nearly 30% of the federal prison population is made up of INS detainees. And for the most part these people aren't even criminals. They are just illegal, deportable aliens who have no papers. They aren't criminals, thieves, rapists, drug dealers, murderers, stick up kids, or white collar criminals. They are just hardworking foreigners trying to make a buck. The US dollar, you know. But our government has locked them up, gave them a sentence, and thrust them into federal prison, creating a new sub-culture of inmates and over-populating the system at the same time. Convicts would never put up with triple-bunking but inmates will. Like I said, these INS detainees for the most part aren't even criminals and probably never broke the law. They don't have any reason to adhere to any convict code. 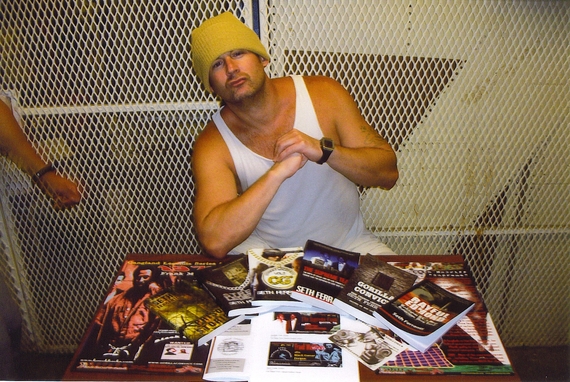 The second reason for the emergence of the inmates and the snitch culture threat they thrive in is that the BOP has taken away the power of the convict. The convict's greatest weapon was the threat of violence. The threat of violence allowed the convicts to intimidate and control the prisons and their populations. Enforcing their code on all persons living on the compound or within the prison system. But the BOP and the feds started casing dudes up in the 90′s for any violent infraction committed in prison...As the federal prison population expanded the US Attorneys started trolling the prisons for cases. Convicts started catching street charges for infractions which happened in prison and additional time was added to their sentences. This effort systematically stripped the convicts of their greatest weapon, the weapon which let them enforce the codes that they lived by - the threat of violence.

It used to be that known snitches were checked in, not allowed to stay on the yard that is. There might have been some instances where a known snitch was; a bad-ass dude or straight killer and walked the yard freely but it was very rare...Now though the snitches thrive. The BOP is a straight snitch culture. They used to have to hide in protective custody but now they walk around in the open. And it's not like they are killers or hard men either. They are just conniving and calculating little cowards.

They openly work for SIS, the prison investigative services, and get convict types locked up in a minute under a lengthy investigation. Because in prison the convicts are still feared but the administration has enabled and even encouraged the activity of snitches so that they can operate within the prison walls with impunity. So the prisons have seen a role reversal. It used to be the snitches were locked up for their own protection because convicts were the majority. But now convicts are locked up in the hole because snitches are in the majority. It is all part of the vicious cycle of the inmate-snitch culture which dominates the feds today. 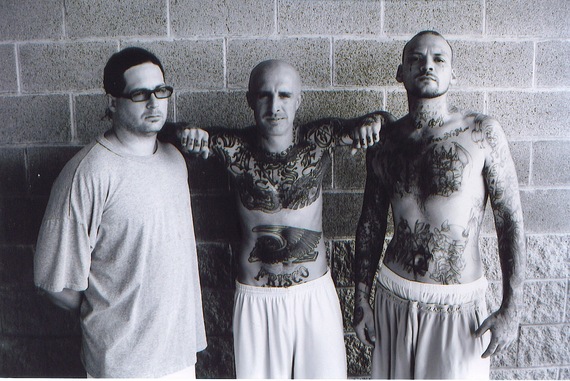 Also the rapid rise of the federal prison population has played a part in the proliferation of the inmate class. When I first entered prison in 1993 the BOP's population was about 50,000. Now that population has grown fourfold standing at almost 200,000. So in approximately 10 years a definite shift has occurred the demographics and character of the prison landscape.

I came in as a young kid, a fish really, with no prior prison experiences and no inkling on how to act or behave. I had seen the movies so I just thought I had to act tough. But an oldhead convict took me under his wing. He checked my paperwork to make sure I wasn't a snitch, vouched for me, and showed me how to act. At this time though there were probably five oldhead convict types for every new fish coming in. So if the fish thought he was a bad man or tough or anything he had five convicts to show him the error of his way.

But now it is different. For every oldhead prisoner that was schooled in the convict ways and has been doing his time like that there are twenty new young kids coming in who want to act tough and show that they are hard. Five to one odds are good in the convict's favor but one to twenty - you get the picture. A lot of oldhead prisoners don't even bother with all the young ones coming in so they don't get schooled in convict etiquette and nobody shows them how to act.

So this circumstance combined with the illegal alien aspect has created a whole new prison sub-class and majority which now dominates the prison hierarchy and perpetrates the current inmate-snitch culture. Convicts talk about getting your respect but nowadays that is a losing proposition.

If a prisoner tried to live by convict ideals in the current snitch culture he would be drawing a line in the sand all day and spend all his time in confrontations. This has led to the prisoner minority mindset where the convict ideals are recognized and valued but not necessarily put into practice at all times. At least the prisoner acknowledges the convict code. The inmate doesn't even recognize it. 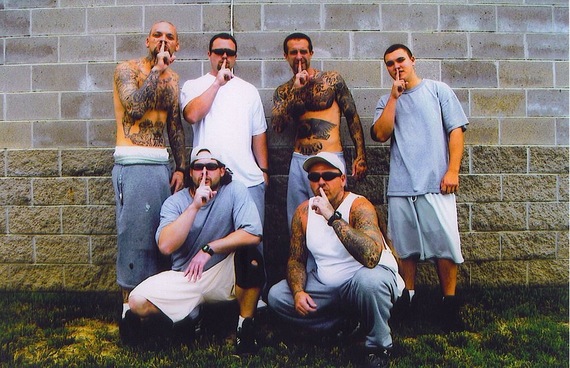 By casing dudes up for prison violations that used to merit only hole time, the feds have stripped the convicts of their power. Back in 1994 I saw a dude get busted with 3 grams of heroin, do six months in the hole, and then come back out on the pound. Today that same dude might be looking at 18 months in the hole and an outside case that could give him an additional sentence of 3 years. The feds have seriously upped the ante. Any assault might bring 3 to 5 more years of incarceration and a murder could get somebody life without parole.
By stripping convicts of the threat of violence the feds have drastically altered the prison hierarchy. An old junkie told me in the early 90s that prison was the perfect place to enjoy his habit. Even if he got busted he wasn't losing nothing, he said. Because being in the hole was still being in prison. The time is still ticking but on the street, he told me, going to jail is a big loss of liberty. I wonder what that old convict would say today knowing that a dirty urine or possession of heroin charge would get him 18 more months of prison time.

I don't claim to be a convict but never would I be an inmate. I am a prisoner, nothing more, nothing less. The War on Drugs has killed the convict and the current inmate-snitch culture may create a safer environment, but it is definitely much more treacherous. Respect, unity, and loyalty used to be cherished prison maxims upheld by men of honor - convicts to the world. Hollywood has immortalized them and glamorized them. But just as the dinosaurs disappeared so too have the convicts been replaced by snitches, inmate police, and double crossers who will stab you in the back, figuratively but not literally because they don't have the heart to face you like a man.