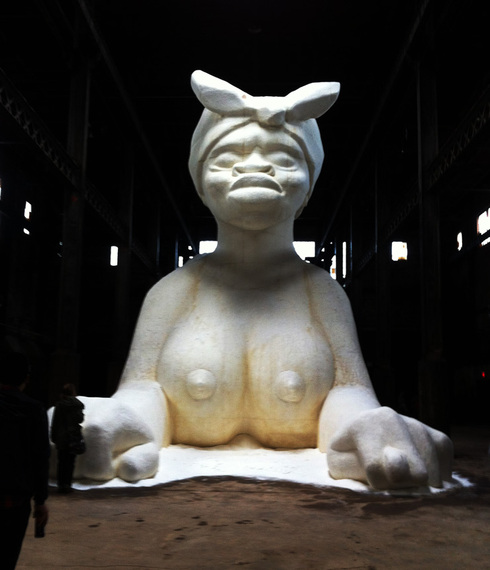 Sugar. Talk of it is everywhere. It's one of the leading causes of obesity and diabetes in our country. It is an ingredient so common to us that it is difficult to imagine a world without it.

The first reference to sugar in classical literature is attributed to Nearchos of Crete, one of Alexander the Great's commanders, who in 327 BC reported "a reed in India brings forth honey without the help of bees" while sailing from the mouth of the Indus River to the Euphrates in modern Punjab. The 1st century Greek naturalist Dioscorides accurately described it as "a kind of solidified honey of a similar consistency to salt". The idea that sugar was a kind of salt persisted well into the Middle Ages when it was occasionally referred to as "Indian salt."

Sugar remained exotic in Europe until the 12th century, when Arabs started cultivating it in Sicily and Spain and it began to rival honey as the sweetener in Europe. The discovery of the New World in the 15th century led to the extension of sugar cane cultivation - first in the Caribbean, Brazil, and Mexico, then in the islands off the Indian Ocean and the Philippines. The growing European demand for sugar - increased by the fashion for sweetened tea, coffee and chocolate, and the desire for sugar sculptures among the aristocracy - was one of the major reasons for the slave trade.

So, about these sugar sculptures... 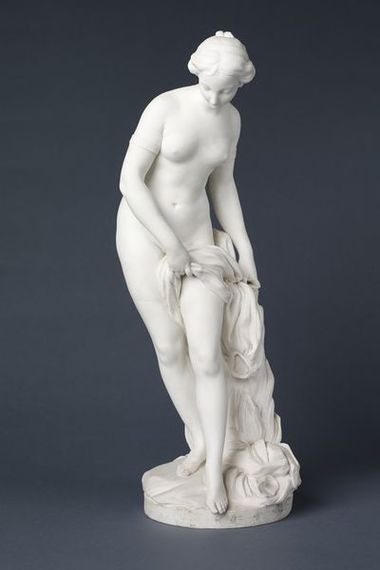 It is striking to me that 18th century French aristocrats would decorate their dessert tables with dainty, sensual, and sometimes sentimental sculptures made of this luxurious ingredient. Matte porcelain sculptures that resembled the sugar's surface texture were also popular.

These sculptures, called subtleties, are what first came to mind when viewing Kara Walker's "Subtlety, or the Marvelous Sugar Baby" installation at the former Domino Sugar Factory in Williamsburg, Brooklyn. Though, at 35 feet tall, Walker's baby is anything but dainty. Or subtle. 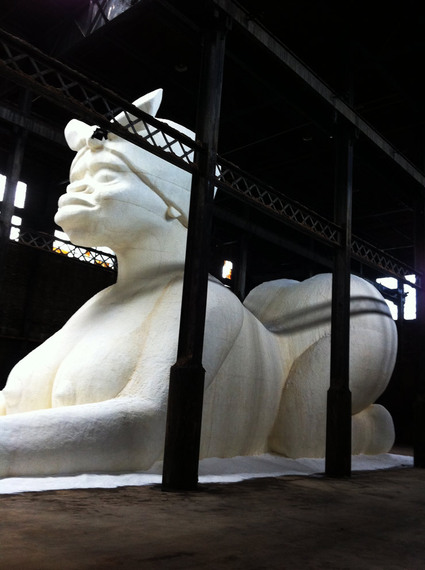 A large sphinx-like nude with African features wearing an Aunt Jemima kerchief, she is sprayed with 40 tons of pure white sugar and has the same surface texture of those sweet subtleties. But instead of evoking nostalgia or sentimentality, she represents empires past and references the stark contrast of slavery with the sugar consumption favored by the elite. (The Domino Sugar Factory was built in 1856 and by 1870 it was refining more than half of the sugar in the United States.)

For centuries, sugar had remained out of reach by the lower classes but by 1900 it had lost its symbolic potency and had become a relatively inexpensive commodity. One that is now way too readily available.

"A Subtlety, or The Marvelous Sugar Baby Subtlety an Homage to the unpaid and overworked Artisans who have refined our Sweet tastes from the cane fields to the Kitchens of the New World on the Occasion of the demolition of the Domino Sugar Refining Plant" runs through July 6 and is made possible by Creative Time.

This Peach Cobbler recipe is in homage to all those men and woman who worked on a sugar plantation and is inspired by Kara Walker's installation. As far as the consumption of sugar... everything in moderation. 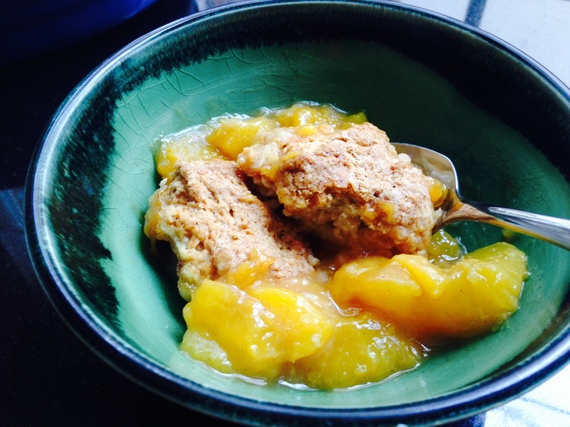 Peach Cobbler
Cobblers are an American deep-dish fruit dessert with a thick crust and a fruit filling.

Native to China, peaches traveled to Persia via the Silk Road, where they were tasted by Alexander the Great, who introduced them to Greece. Christopher Columbus brought peach trees to America on his second and third voyages. The French introduced them to Louisiana and they are now associated with the American South.

1. Preheat oven to 375º F. Lightly butter an 8x10-inch baking dish.
2. Mix the dry ingredients together then cut in the butter using your fingers until it resembles coarse sand.
3. Stir in the buttermilk and vanilla with a fork until dough clings together when grabbed with your hand. If it is too dry, add a little more buttermilk.
4. Separately, toss the fruit with the sugar, cinnamon, flour, lemon zest and juice. Put the fruit in the dish then spoon with the cobbler topping over the dough to give the surface a cobbled appearance.
5. Bake until the fruit is cooked and bubbling around the edges, about 25 minutes. Serve with vanilla ice cream.

Maite Gomez-Rejon
Art and culinary historian and founder of ArtBites