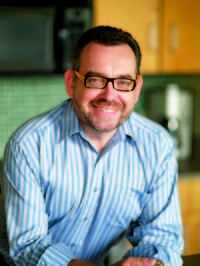 Editor's note: This post has been updated below with feedback we've received from our readers.

I've been talking to the Board of Advisors for the Cooking Light Food Lover's Social Diet about whether success at changing eating habits to lose weight is a matter of willpower or motivation. I think they kind of agree with my thesis. My thesis is that willpower and motivation are far from the same thing, and that you acquire willpower by discovering motivation within yourself. It's an important distinction, because lack of willpower is equated with moral failure, while lack of motivation is not quite so loaded an idea. It's the difference between "loser" and "meh."

But how could it possibly be that we are not sufficiently motivated to change our eating habits and lose weight? The enormous weight-loss industry, and the gazillion products and calorie chatter that fuel it, implies a sort of constant hypermotivation in search of the magic key: willpower.

Yet I think many of us really aren't as motivated as we pretend to be. We genuflect to the idea of losing weight. We make silly vows. We wish we could find a diet that works. We swear we'll get started next week or next month. We raise our eyebrows and look sheepish when we grab a cookie. Some of us say we've been "bad." We refute dieting because of past failures and promise to completely overhaul the way we eat. The list of these diet tics is a yard long and universally familiar. 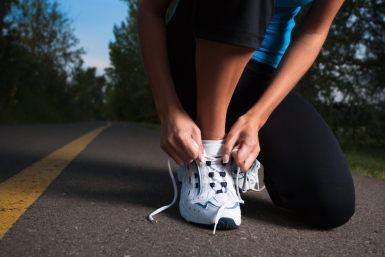 We're pretending we are motivated and then confessing to a willpower deficit as penance, as confession. I'm pointing the finger at myself here.

The several times a day -- generally beginning with the shock of the morning mirror -- that I would vow to eat a bit less were acts of magical, wishful thinking. Fact is, as the day revved up, motivation receded. More motivating things took over, like enjoying food and friends, and doing my job, which is centered around food, and then destressing over a good meal at the end of the day. I was motivated enough to talk about getting going on this whole weight thing -- and that was it. I reached a sort of homeostasis at that point, a bargain between wishful thinking and fleshly fact. I felt small bouts of guilt about my damnable weakness, my lack of will. But I also knew this guilt was an absurd product of a sick society.

For me, as I've said before, it came with cooking up this whole project, and the ability to draw others into it.

What are your thoughts on willpower and motivation? Comment here, email us, and tweet @ScottMowb or @Cooking_Light using #SocialDiet.

UPDATE: We've gotten some great feedback from readers on willpower and motivation. Read their stories below and keep the emails and comments coming:

"I was struck by your comments about willpower vs. motivation. They described my mindset perfectly before I lost weight. I'm still not sure what got me to Motivation Land. I suspect it was keeping the calorie diary plus weighing myself every day on a DIGITAL scale. It allowed me to see weight loss as an equation -- I could solve for X -- and not a battle of willpower, which I will always lose. Willpower came after the initial success brought by motivation. Your blog made me think the two work in tandem. Willpower is key to maintaining the weight loss. But I'm motivated to keep the weight off because I don't want to go back to the bad old days of arguing with my clothes! Continued success... this is hard." -- Ruth, Louisville, KY

Note: This post originally appeared on the Cooking Light blog, Simmer & Boil. Check in on their progress at CookingLight.com/WeightLoss.

Meet The Cooking Light Social Diet Board Of Advisors